Minase, a window on the watch [Video]


Originally a family company specialized in the production of cutting tools in the Akita province of Japan, Minase is a growing-up watch artisan aiming at providing the best of Japanese crafts and approach of watchmaking to the rest of the world. Starting with Europe now.

Minase, a window on the watch [Video]

Originally a family company specialized in the production of cutting tools in the Akita province of Japan, Minase is a growing-up watch artisan aiming at providing the best of Japanese crafts and approach of watchmaking to the rest of the world. Starting with Europe now.

It is the “smallest watch manufacture in Japan”. And as the saying goes, “small is beautiful”. Aside the Big Three Seiko, Citizen and Casio, we discovered the niche Japanese watchmaker Minase - from the name of the place where it has its facilities in the Akita region (550 km north of Tokyo), which shares some striking features with the Swiss Jura valley, between beautiful hills covered in snow in winter and rivers that shape the landscape. 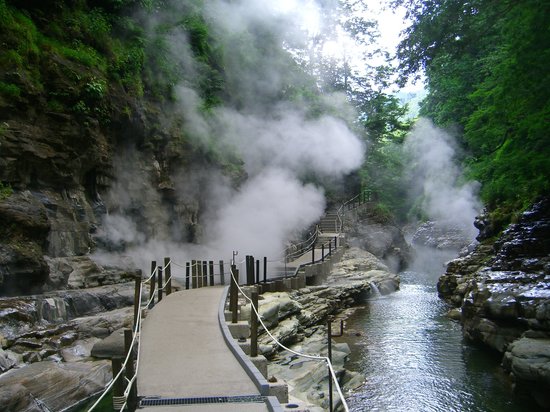 Nature is indeed a prime inspiration for the design of the watches. Founded in 2005, Minase, which has until now only been present in Japan through a network of some 35 point of sales, proposes three main families of products: the 5 Windows and 7 Windows (the latter only available outside Japan), the Horizon and the Divido. Minase is an exclusive watch artisan as it produces only less than 400 timepieces per year. And their new aim is to conquer the world, starting with Europe! 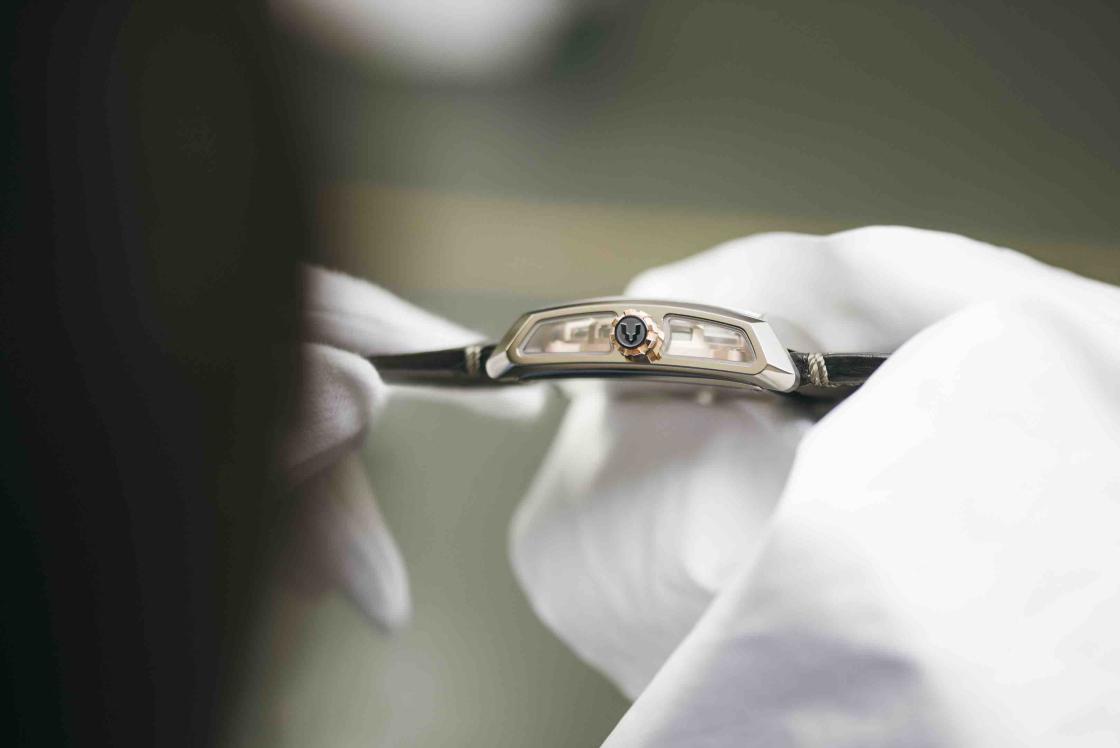 Europa Star already met the representatives of the brand at the latest edition of Munich Time in Germany last autumn. And this April, Minase organized a showcase of its craftsmanship on the premises of the Maison de L’Horlogerie watch retail house in Geneva. Indeed, Switzerland and Germany are key market in the brand’s strategy to expand outside Japan.

It can count on a series of characteristics to seduce a European audience. The first one is its mastering of the very rare “Sallaz” technique of high-end polishing, which provides for a very fine finishing of the case, the crown and the dial ring. No less than 50 operations and 15 hours are necessary to polish each watch! 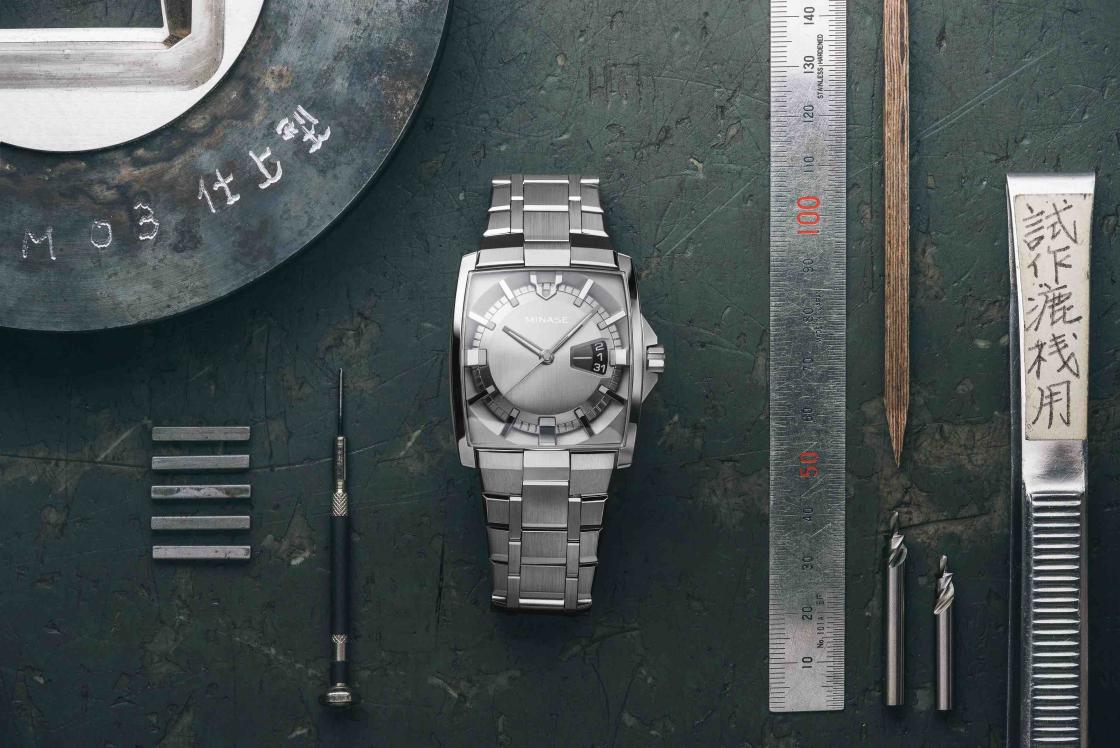 Then, there is the specific construction of the case, inspired by 3D Japanese wooden puzzles or “Yoseigi-Zaiku”. Every watch is indeed assembled twice (a common feature with the prestigious German watchmaker A. Lange & Söhne). The result, reflecting the philosophy of transparency of the brand, is particularly striking on the 5 Windows and on the 7 Windows models, whose sapphire facets give a truly fascinating view on the dial and on the functioning of the movement.

The movement, precisely, is assembled on the base of modified Swiss ebauches, as it is mission impossible in Japan to find a movement provider of the likes of ETA or Sellita. And the price point is indeed an incredible feat if we think of the quality of the finishings, the originality of the design and the exclusivity of the brand: it starts at 3’380 euros for the 5 Windows, at 10’980 euros for the 7 Windows (limited to 40 pieces), at 2’980 euros for the Horizon line, and at 3’280 euros for the Divido line. 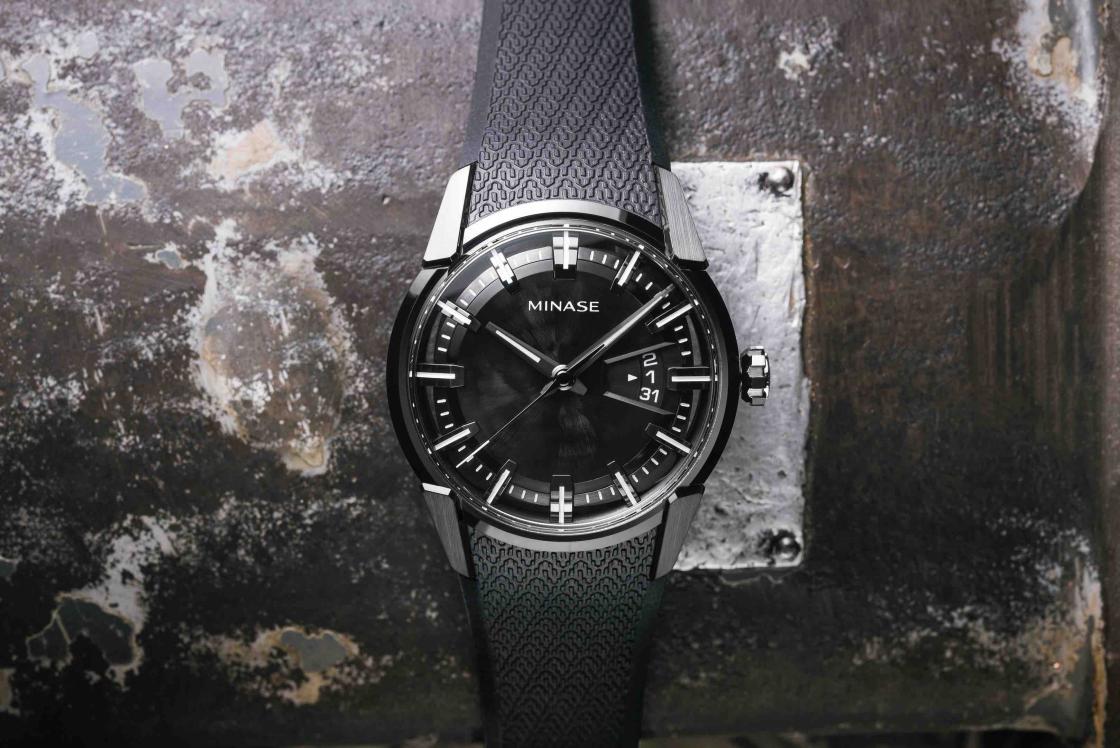 The brand plays on its Japanese roots with cleverness and wisdom, using the best of the traditional techniques available on the Archipelago. Be it the sides similar to a Katana sword that we spot on the Horizon line. Or the special Kanagawa edition of the 5 Windows model with hand-made engraved case and dial. The customer can decide which theme will be featured on this very special timepiece. 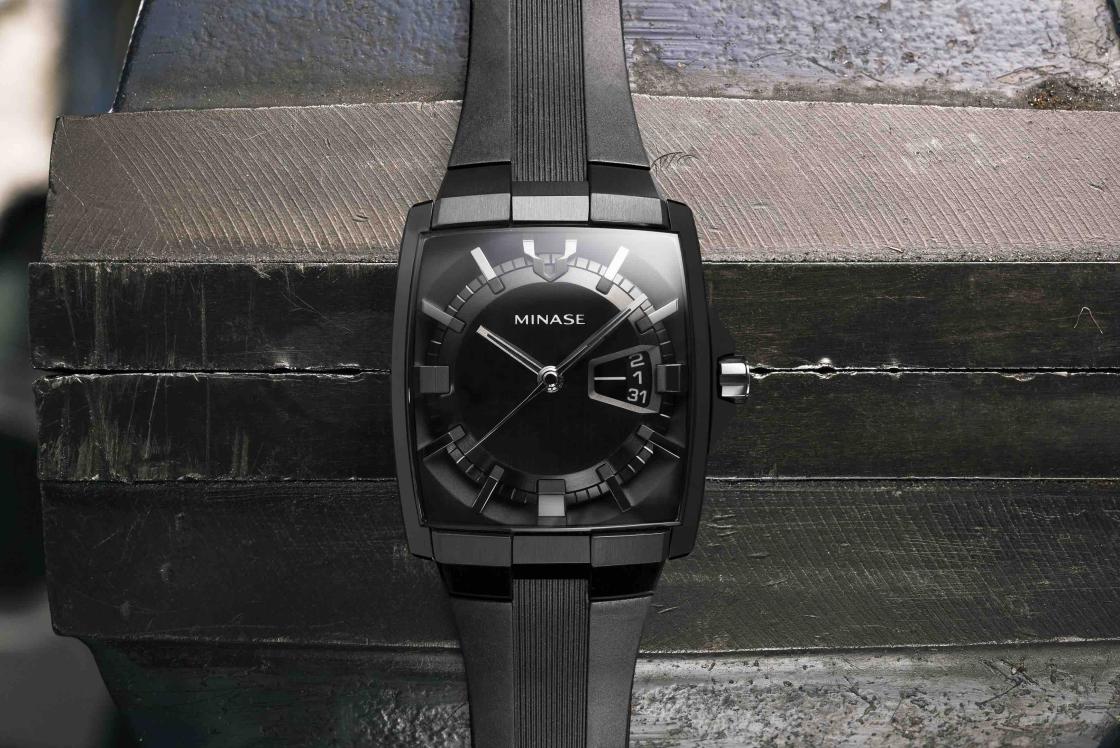 Hand-made and inspired by nature, in the best tradition of the Japanese sense of the detail and with an open sapphire case that reflects the philosophy of the brand, Minase will without doubt strike the eye of many European watch lovers, in an age where Japanese lifestyle and elaborate culture are more appreciated than ever. 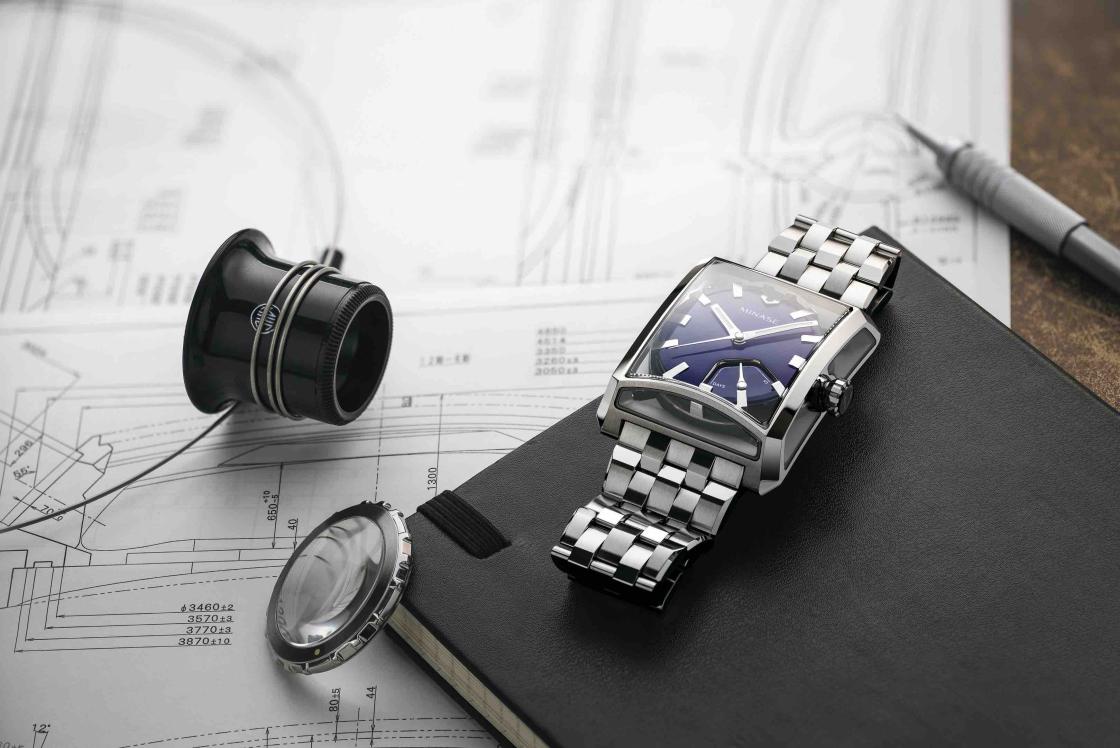 And don’t miss this poetic video about the brand.