The resilience of the watch industry


The watch industry, which tries so hard to control everything – production upstream, distribution downstream and communication at all points in between – is once again watching the cracks appear in its carefully built edifice. Old structures are breaking down. But equally, new paths are opening up. Did someone mention “resilience”?

The resilience of the watch industry

The watch industry, which tries so hard to control everything – production upstream, distribution downstream and communication at all points in between – is once again watching the cracks appear in its carefully built edifice. Old structures are breaking down. But equally, new paths are opening up. Did someone mention “resilience”?
S

ince 1927, the year it was founded, Europa Star has been on the front line, watching, commentating, analysing and experiencing all of the “watch industry crises” as they have unfolded.

In reality, however, the watch industry has done no more than mirror, more or less, international and local crises. Our first major drama arrived quite quickly, in 1929. We had witnessed the shutting down of the Russian market in 1917, the rising tide of protectionism, hyperinflation in Germany, and everything came to a head.

“The decline in watch exports as of the end of 1929 brought about dramatic levels of unemployment. Of the 24,791 registered workers in the canton of Neuchâtel, 14,258 are unemployed. 6,634 of these are completely jobless and 7,418 are employed part-time, with 206 employed to work by the authorities,” states a newspaper report of the time.

Ten years later, the Second World War erupted, and threw everything up in the air once again. But the watch industry managed to adjust and, paradoxically, did well out of it. Between 1939 and 1942 alone, exports grew from 196 million to 284 million. After the war, the industry reorganised from top to bottom, began regulating itself, regrouped and re-established its dominance.

Then quartz came along, leaving destruction in its wake. It was even worse than 1929. There’s no point rehashing that episode, we all know the story. Between 1970 and 1976, the number of people employed by the watch industry plummeted by nearly 40%. But there again, the situation was consistent with what was happening elsewhere. At the time, Japan was the rising model economy.

A glance through the advertisements in our magazine confirms that what followed was a “glam-quartz” period of mass-market watches that were colourful, playful and disposable. That lasted more or less until mechanical watchmaking moved back into centre stage, where it now reigns absolute.

This upward curve was by no means smooth; there were peaks and troughs of varying magnitudes, “corrections” attributable to episodes of market madness (faithfully mirrored in the watch industry, let there be no mistake). But whatever anyone says, these periods of turbulence were absorbed relatively painlessly: the watch market grew from 10.3 billion Swiss francs in exports in 2009 to a high of 21.5 billion in 2015, retreating slightly to just under 20 billion in 2017. So, on the whole, so far so good, as they say.

The watch industry has always proved to be resilient, opportunistic where necessary, and capable of embracing change.

So why does there seem to be this strange looming sense of anxiety, disquiet, uncertainty? Smartwatches threw a spanner in the works, marketing strategies are no longer really working, fly-by-night startups are sprouting like mushrooms, tastes are changing, one e-commerce site holds invaluable data on one million actual watch buyers, movements made entirely by machine are certified by the COSC, new materials with incredible properties are being invented, vintage is everywhere, XXL watches are now considered vulgar (about time too...). Everything is up in the air.

The watch industry, which tries so hard to control everything – production upstream, distribution downstream and communication at all points in between – is once again watching the cracks appear in its carefully built edifice. There are many uncertainties. Old structures are breaking down. But equally, new paths are opening up. Did someone mention “resilience”? 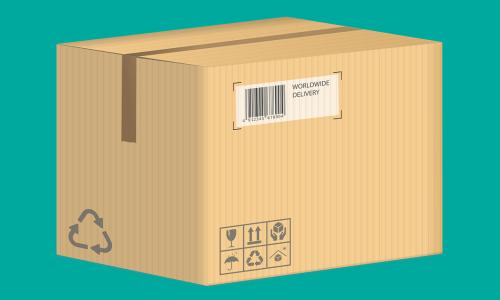 The coronavirus crisis is leading to grand-scale initiatives, such as total lockdowns, which would have been considered impossible only a few weeks ago. We (...)