The German chronograph brand founded in 1882 is undergoing a major transformation. It is now run by two young entrepreneurs from the region, who have set themselves the objective of bringing it into the 21st century.

The German chronograph brand founded in 1882 is undergoing a major transformation. It is now run by two young entrepreneurs from the region, who have set themselves the objective of bringing it into the 21st century.
I

n the Black Forest region of southern Germany, we meet Hanhart’s co-CEO, Simon Hall. The thirty-year-old, who trained as a watchmaker, is also from the region. In the car that takes us to Gütenbach, where the historic workshops are located, he looks back on the journey that led him and Felix Wallner to take over the reins of the brand, which was founded in 1882 by Johann A. Hanhart, on the Swiss side of the Rhine (the factory relocated to Schwenningen, on the German side, in 1902).

A distinctive feature is the red pusher that has equipped Hanhart chronographs since the 1939 TachyTele model.

“Before taking over the company in 2014, I was originally an employee,” says Simon Hall. After working in the chemical and automotive industries, he joined Hanhart, which was then split into two distinct entities: one producing mechanical and electronic sports and professional stopwatches, and the other producing wristwatches. The former activity is now contending with increasing computerisation in its market, while the latter faces Swiss supremacy in the field of automatic sports wristwatches. 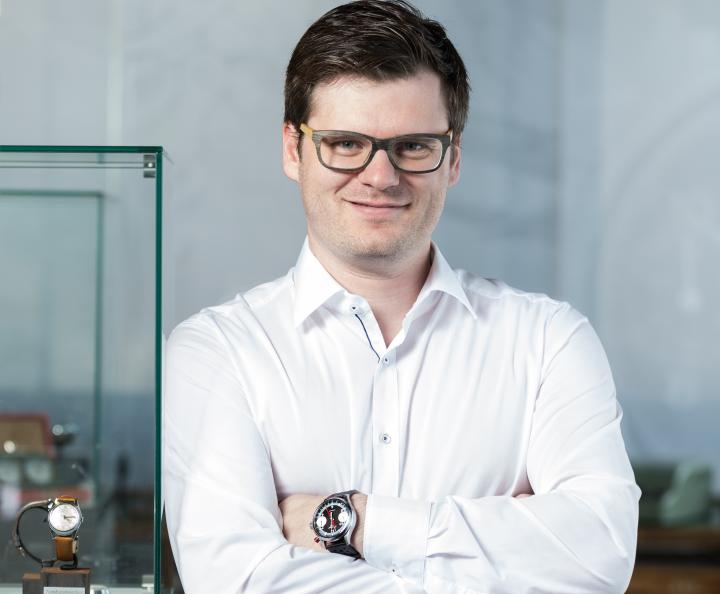 Simon Hall has managed Hanhart with Felix Wallner since 2014

In 2014, Hanhart was taken over by a group of entrepreneurs (who had previously owned the company between 1992 and 2008) – first, the wristwatch company and two years later the stopwatch factory. The two entities are now united under one roof in Gütenbach, where some twenty employees work in the historic workshops, which are huge in relation to the company’s current size. Today, the production of professional stopwatches (for the chemical industry in particular) still accounts for two thirds of Hanhart’s production. But Simon Hall is clear on one point: “For us, the future is in the wristwatch.” 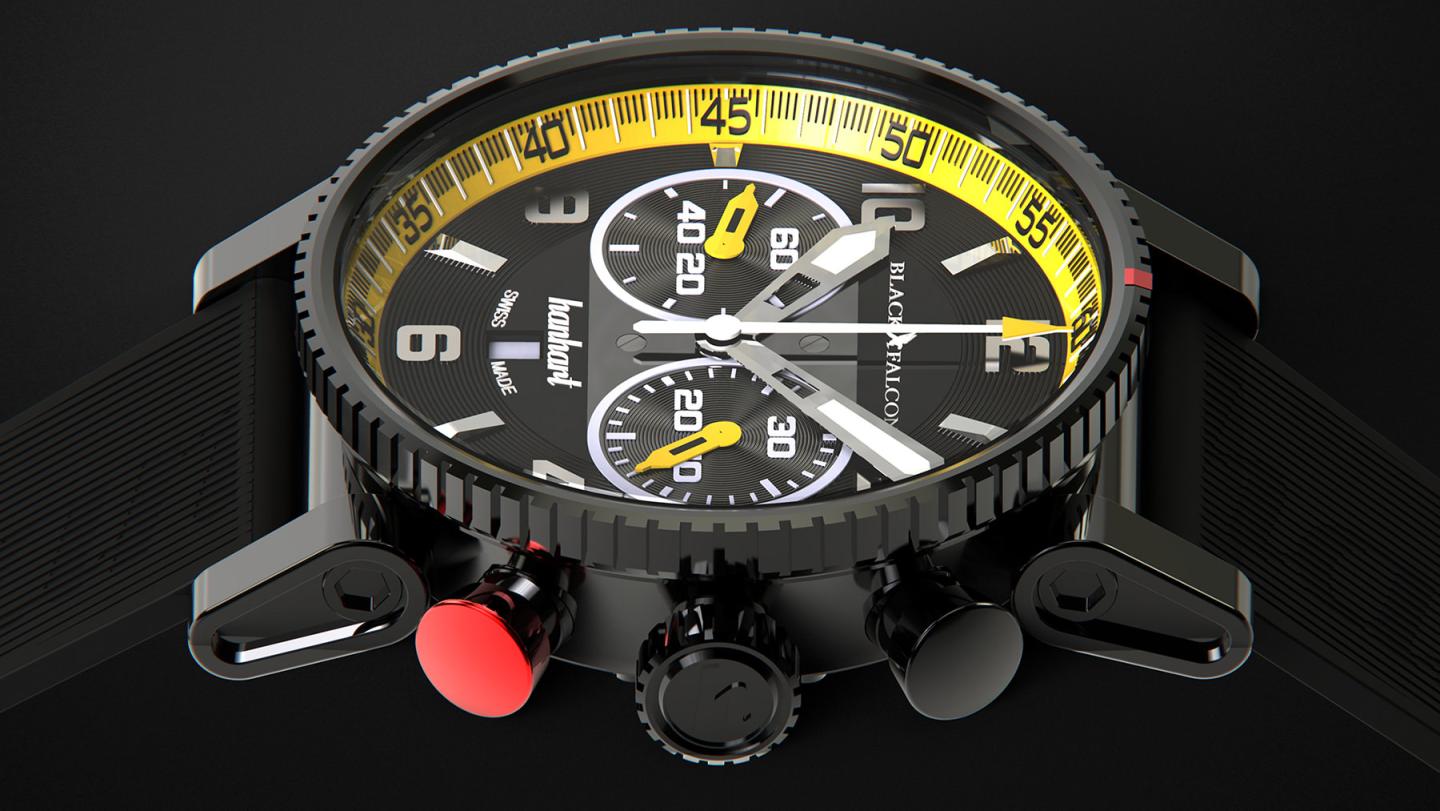 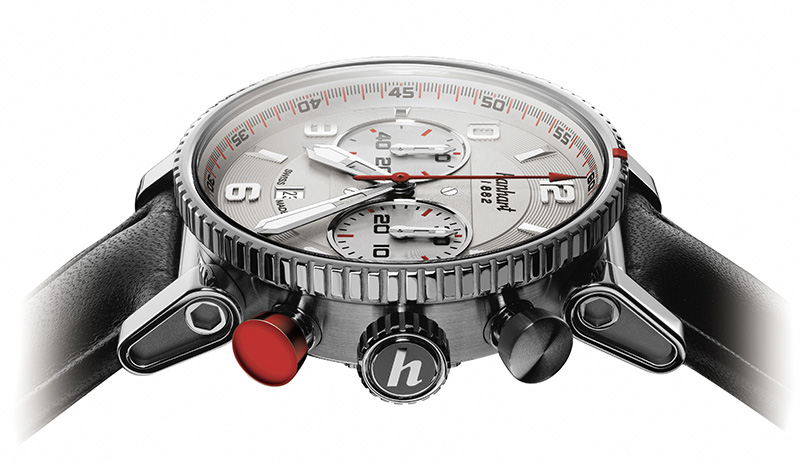 The two managers hope to renew their relationship with the dynamic and enterprising spirit of Wilhelm Julius Hanhart, who made the brand a flagship of German chronometric precision between the 1920s and 1970s. To achieve this, the brand will gradually stop producing Swiss made watches in order to focus on the Made in Germany wristwatch segment.

The brand will gradually discontinue Swiss made production in order to focus on the Made in Germany wristwatch segment.

Hanhart intends to build on its core assets: watches that offer good value for money, an assertive German identity, unfailing precision, and its signature feature, the red pusher that has equipped Hanhart chronographs since the 1939 TachyTele model, designed to prevent the starting time being reset unintentionally. 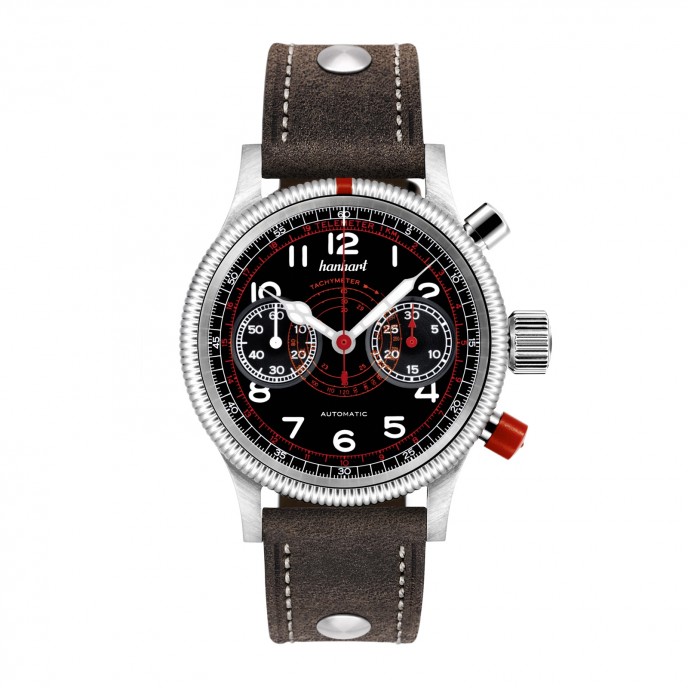 But this is not enough, particularly when it comes to conquering Asian markets (Germany remains the main market, but the brand is currently launching distribution in China). Hanhart has just introduced a new classical model, the Pioneer One (with resolutely vintage features), priced at 890 euros and equipped with a modified Sellita base movement. “We are not only going to make a chronograph, but a set of functional watches, over a range from 890 to 3,000 euros,” says the CEO. 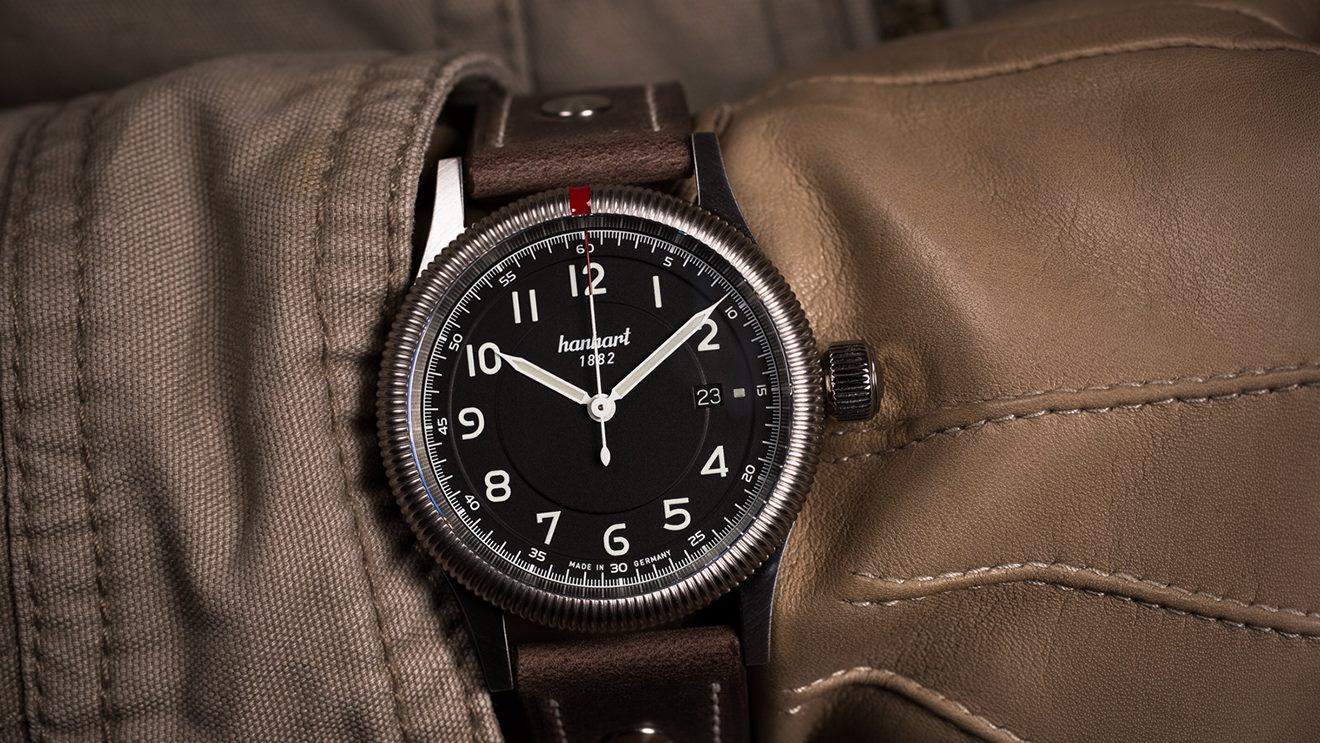 The new Pioneer One by Hanhart

Distribution is the other major strategic challenge for Hanhart, as it is for all watch brands around the world, who are searching for the right omnichannel model. Simon Hall explains his strategy: “We have decided to consign our models to a selection of retailers, who will be our physical representatives. In parallel, we have set up an e-commerce platform that is geographically organised, so that we automatically give a commission to our partners for any purchase in the area they cover.” 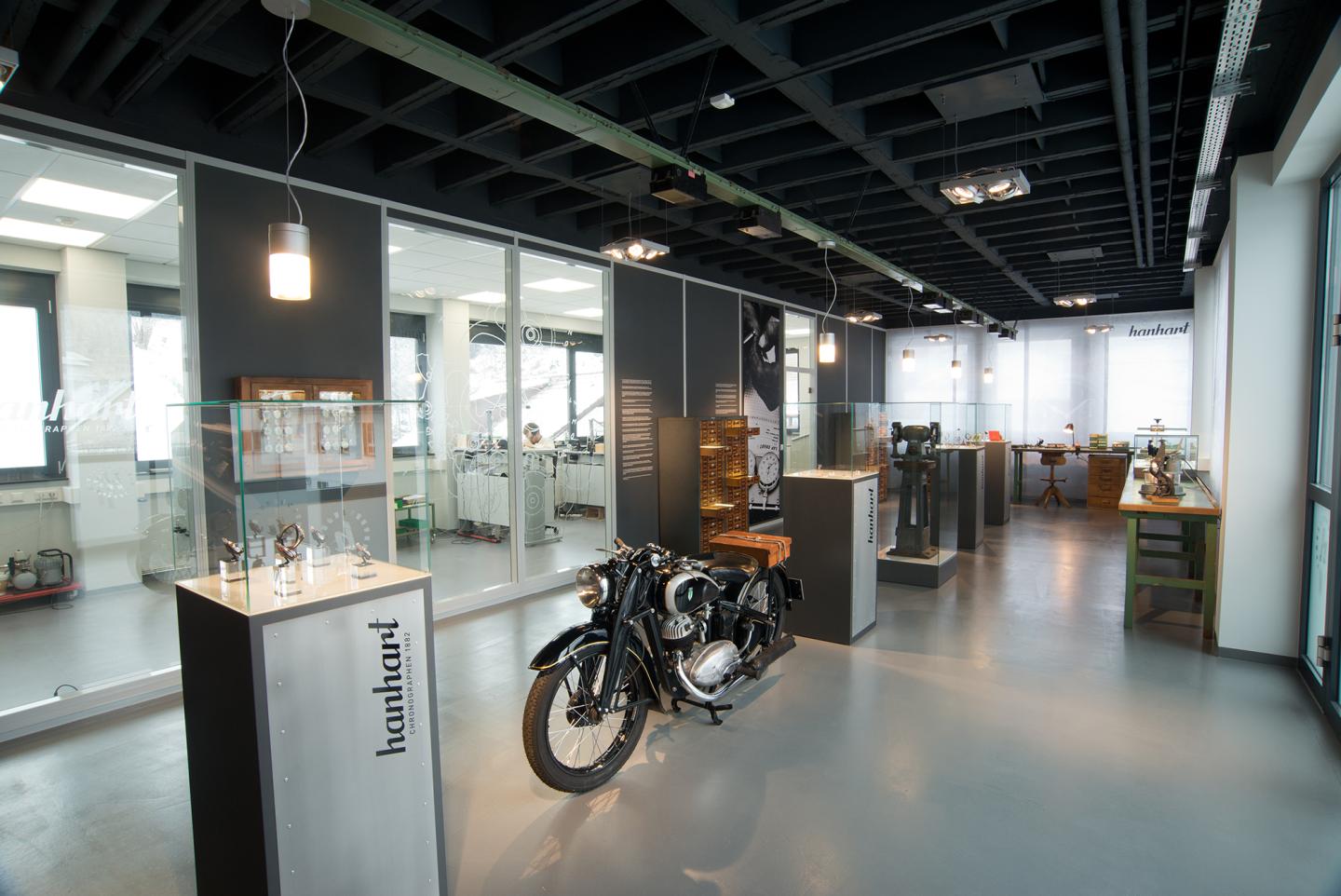 The Hanhart Museum, in the brand’s workshops in Gütenbach

Simon Hall takes us on a tour of the on-site museum, which spotlights Hanhart’s heritage in sports with numerous vintage models associated with adventurous exploits of the past. Today, the brand still sponsors racer Stephan Schott on the Paris-Dakar rally, as well as aerial acrobat Bastien Leroux. But perhaps Hanhart’s wildest stunt is its desire to make a comeback on the world watch scene!

As proof of the German brand’s longevity, we found in our archives a number of pages dedicated to Hanhart. Some of them are reproduced here. For more information, please visit www.europastar.com/club.

TIME.BUSINESS For five generations, the Mühle family has been producing high accuracy instruments in Glashütte: first measurements tools, then marine chronometers, and (...)