Something else he knew was that Louis Moinet had always had a strong interest in astronomy. In his 1848 Traité d’Horlogerie, Louis Moinet declared: “Knowledge of the principal laws of the physical and mathematical sciences is by no means ungermane to the study of fine watchmaking, that is to say, in the maritime and astronomical domains.” Jean-Marie Schaller shared this fascination, and he has indulged his passion on many occasions, by incorporating fragments of rare meteorites from distant worlds into his watches, by numerous references to astronomy, such as in the Astralis collection, and by creating an actual planetarium: the Meteoris Solar System. This planetarium provides a three-dimensional representation of our solar system, with moving models of Mercury, Venus, Earth, the moon, Mars, Jupiter, Saturn, Uranus, Neptune and Pluto orbiting the sun. The planetarium also comes with four tourbillon watches, each showcasing an exceptional meteorite, from Mars, a comet, an asteroid and the moon. 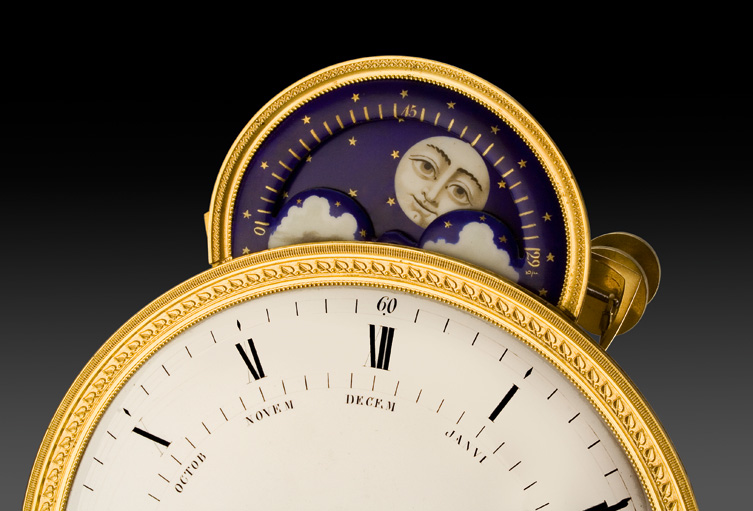 Astronomy was one of Louis Moinet’s consuming passions. He made his “counter of thirds” – a chronograph capable of measuring the 60th part of a second, but not strictly speaking a “watch” since it doesn’t give the current hour and minute – primarily to refine his astronomical calculations, and to achieve a previously unheard-of level of precision. When it was created, exactly 200 years ago, this counter of thirds was almost certainly one of the most advanced scientific instruments of its time. And then, after the death of Louis Moinet, it disappeared from sight.

To celebrate this 200th anniversary with the pomp it deserves, the Ateliers Louis Moinet have designed an exceptional piece, the Memoris Red Eclipse, which is dedicated entirely to the moon. The first version of the Memoris, described as a watch-chronograph rather than a chronographwatch, was introduced last year as the “first didactic chronograph in watch history,” as Jean-Marie Schaller likes to point out. Indeed, unlike other chronographs, the chronograph mechanism is front and centre of the watch, occupying almost all of the dial real estate. Consequently, all of its inner workings are proudly exposed to view, including the column wheel at 12 o’clock. Neither a skeleton movement nor an add-on module, this movement is constructed back-to-front: the hour mechanism of the automatic calibre is visible on the back of the watch, behind the cut-out baseplate. 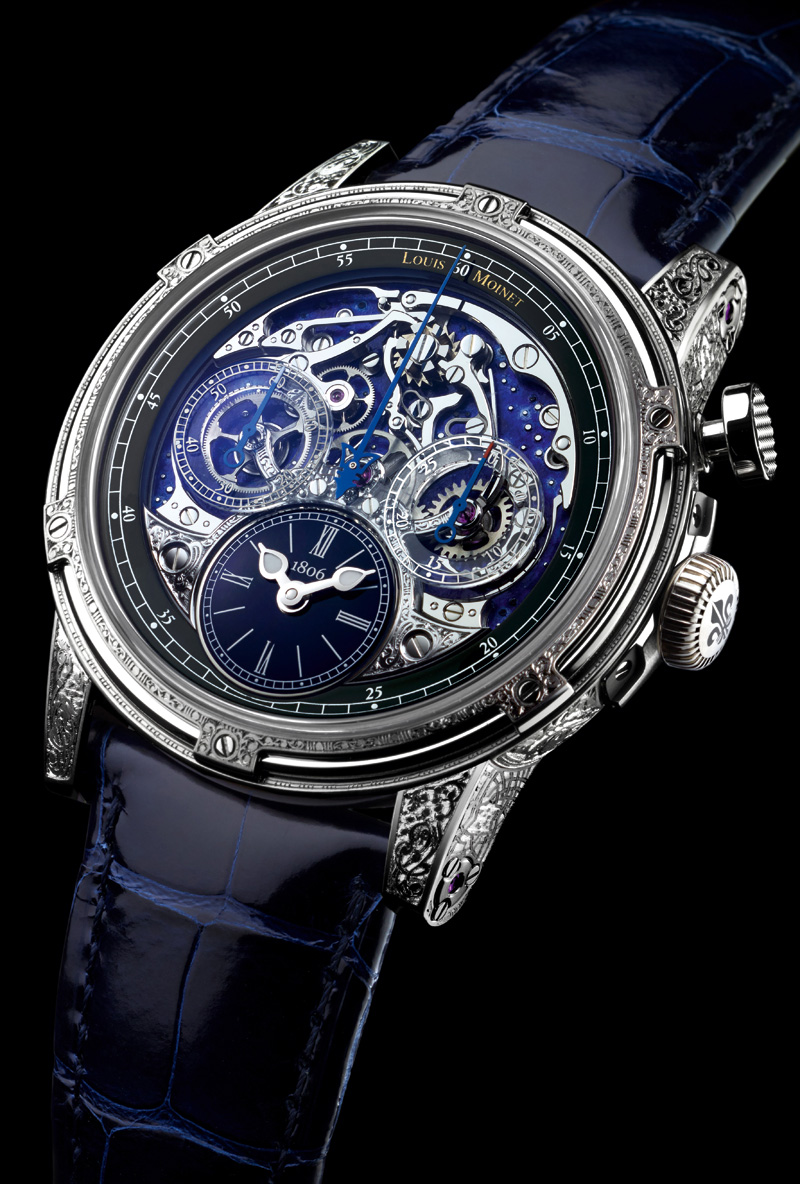 The Memoris Red Eclipse is the most prestigious version of this anniversary watch-chronograph. Its case is entirely handengraved with motifs on the theme of the lunar eclipse, using a specific technique and a style typically seen on hunting rifles. The movement is entirely hand-finished, including the meticulously chamfered stars on the midnight blue background, which is executed with a traditional rose engine lathe and fixed burin. The result is a sky studded with stars that catch the light independently as the wearer moves his wrist.

The rotor with its exquisite guilloché finish is visible through the case back, magnificently decorated with a moon in gold leaf and red enamel to capture the characteristic hue revealed when it is eclipsed by the earth.

In the words of Jean-Marie Schaller: “Red Eclipse is the quintessential expression of our Memoris collection. The significance of the anniversary, its limited run of just 12 pieces and its high level of finish ensure that it will be of interest to the most discerning collectors.”

TIME.KEEPER On the heels of launching its “Risk is the Reward” campaign, Corum takes the concept of daring innovation to new heights with the Corum LAB 02 timepiece. (...)