From less to nano…


Nano is watchmaking’s next frontier. For a number of years now, watchmakers’ R&D departments have been exploring this promising new territory. Greubel Forsey, through its EWT Laboratory, has been working for the last ten years “in the greatest secrecy” on pushing back the limits of miniaturisation.

From less to nano…

Nano is watchmaking’s next frontier. For a number of years now, watchmakers’ R&D departments have been exploring this promising new territory. Greubel Forsey, through its EWT Laboratory, has been working for the last ten years “in the greatest secrecy” on pushing back the limits of miniaturisation.
A

t the recent SIHH, Greubel Forsey took the wind out of everyone else’s sails by unveiling some of their theoretical advances, providing a glimpse of a minuscule deadbeat seconds, barely one millimetre high, spinning swiftly inside the case.

On paper, the advances that would enable watchmaking to take a nanometric approach are spectacular, and we can expect some major upheavals. Just look at the advantages put forward by Greubel Forsey, as a result of their groundbreaking research: 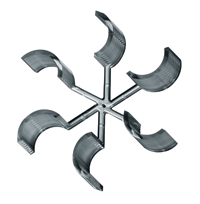 This drive wheel can operate using power of 20 nano-Newtons, which is 100,000 times less than the energy required to move an escapement wheel

Through the loupe built into the caseband we were able to admire in person the crazy nano-hand, galloping through the eighths-of-a-second, nestled in the heart of the watch. It’s truly mind-boggling.

“Gaining this much energy and this much space opens up perspectives that we could never have dreamed of before,” explains Stephen Forsey. “By economising energy consumption by up to 60 times, we can achieve power reserves that, at this stage in our research, are as high as 180 days, using a regular-sized barrel. What is more, we can use the energy produced by air turbulence inside the movement: ‘draughts’ have become functional. So a drive wheel can operate using power of 20 nano-Newtons, which is 100,000 times less than the energy required to move an escapement wheel.”

Contrary to what one might imagine, working on a nanometric scale (there are one billion nanometres in a metre) is not about using the same components, only smaller. Far from being a microscopic reproduction, moving from a scale of tenths and thousandths to billionths provides an opportunity to completely reconfigure the energetic and spatial distribution of a movement. The space freed up – which is considerable on the scale of a watch movement – provides an opportunity to consider hitherto undreamed-of functions. But which? “A whole new space has opened up,” replies Stephen Forsey. “It forces us to think about what we’re going to do with all this volume. It really is a Terra Incognita. We’ve already added a frequency indicator. But what comes next? The creative and functional opportunities are literally unheard-of.” 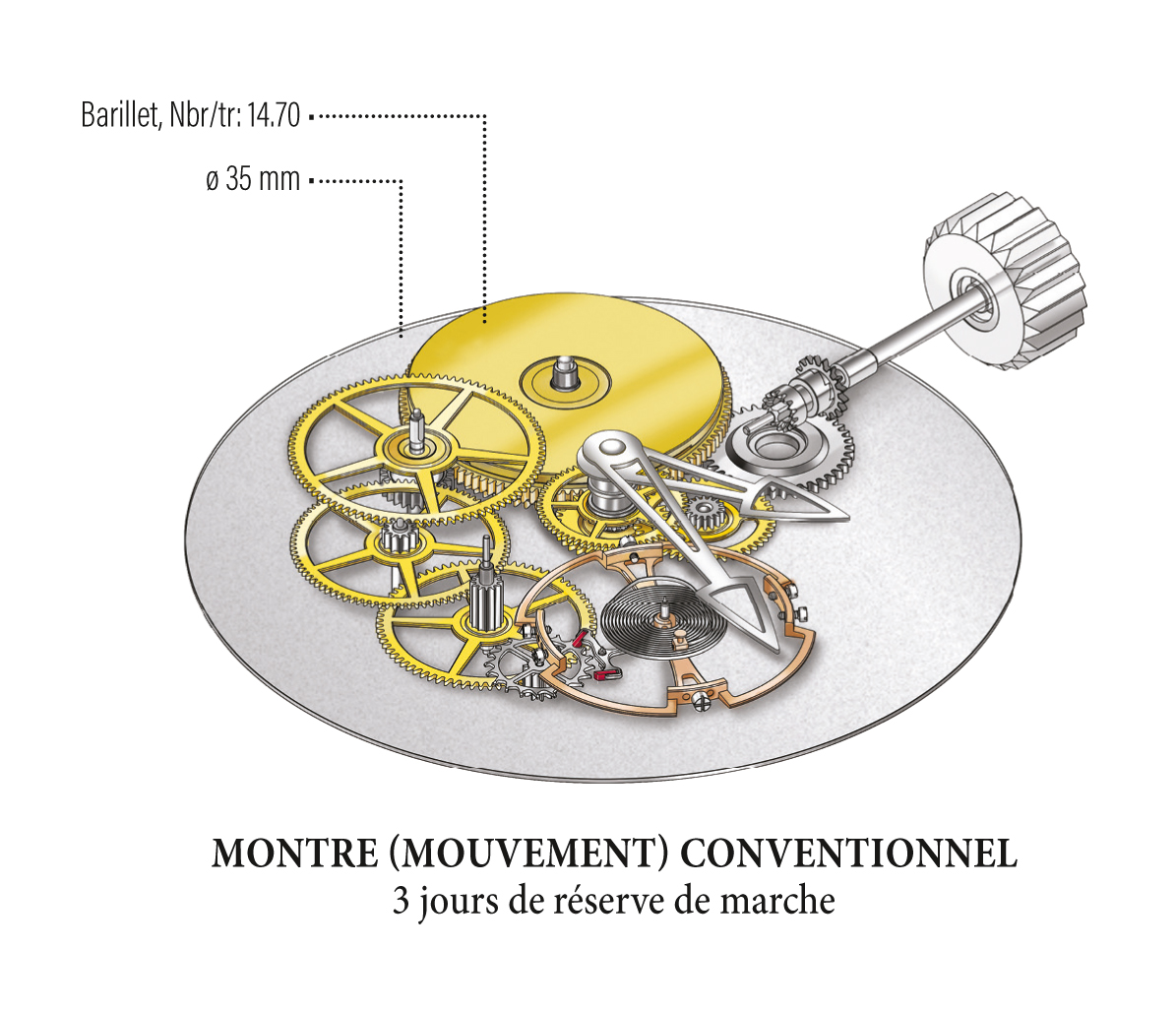 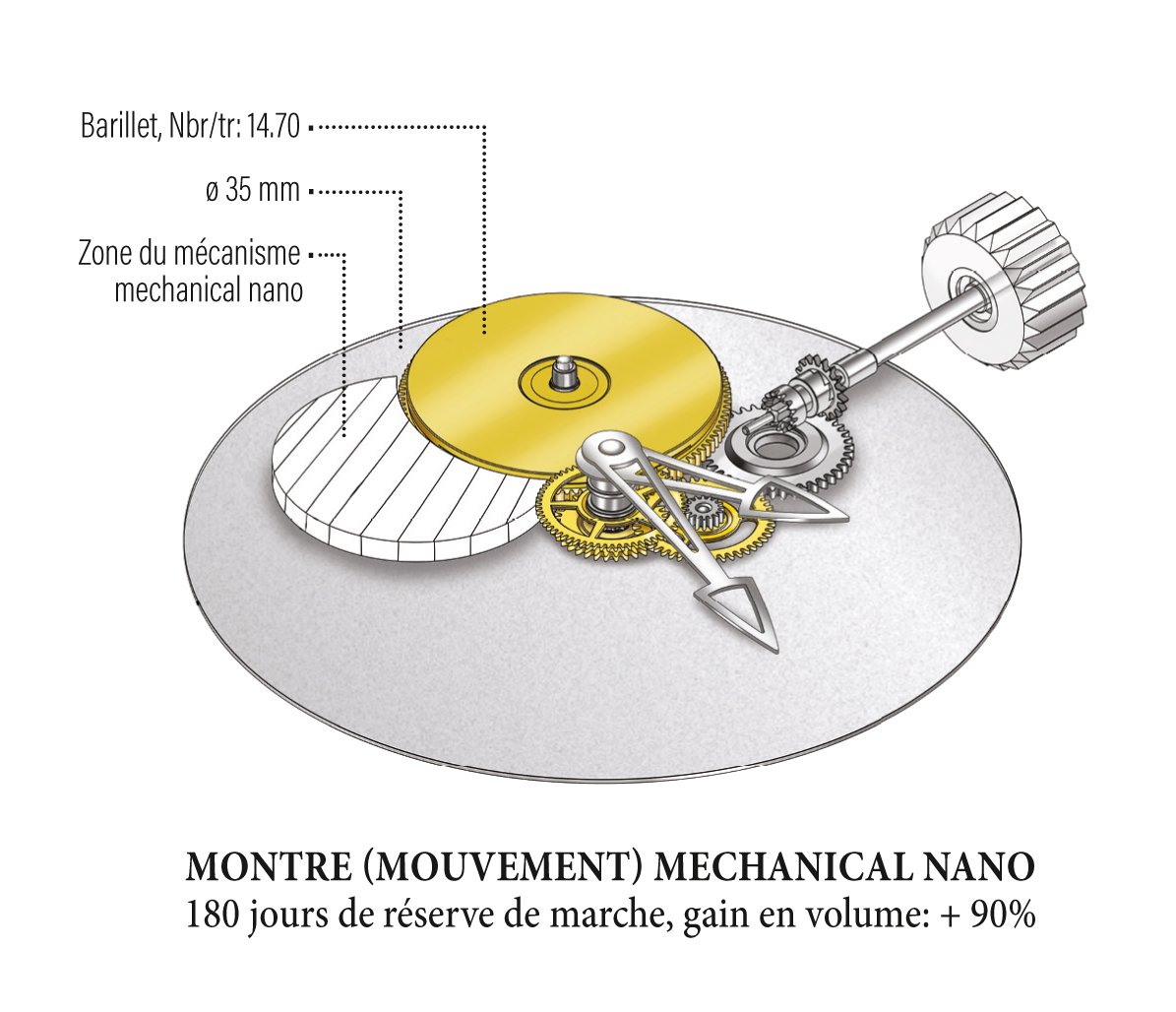 Over the course of 2017 and 2018 Greubel Forsey will unveil the results of its research, implemented in two prototypes. We are promised a look at the first Mechanical Nano timepiece “in the near future”.

Having scolded a frightening “Grrrrr!” then howled an “Awooooo” to the moon, Hermès pushes a wild ““Aaaaargh”! The horological bestiary of one of the only luxury (...)