Further to the Great Barrier Reef III and the Clean Ocean watches, the independent Swiss watch brand introduces a new limited edition, the Blue Whale. The timepiece is produced in partnership with Whale and Dolphin Conservation.

Further to the Great Barrier Reef III and the Clean Ocean watches, the independent Swiss watch brand introduces a new limited edition, the Blue Whale. The timepiece is produced in partnership with Whale and Dolphin Conservation.
E

ach year, over eight million tons of trash is being dumped into the world’s oceans. Among its commitment, Swiss watch brand has set itself the goal to clean, protect and restore the world’s oceans by supporting non-profit organisations.

The brand has been supporting and championing ocean conservation programmes for years, most recently through The Oceans Project, which raises awareness and funds for pioneering agencies with game-changing visions.

The latest expression of Oris’s mission is the Blue Whale limited edition, the third and final piece in the Oris Ocean Trilogy, a trio of watches based on the Oris Aquis diver’s watch.

The new watch is limited to 200 pieces and will only be available as part of a set delivered in a unique presentation case made of recycled PET plastic bottles, as shown below.

The new Blue Whale limited edition turns to the plight of whales, and in particular to protecting the world’s largest animal. There are now as few as 10,000 blue whales left in our oceans.

These magnificent creatures sit at the top of the food chain, eat four tonnes of krill a day, and can measure up to 30 metres (100 feet) in length and weigh up to 200 tonnes, equivalent to 33 elephants. Their hearts pump 5,300 litres of blood around their bodies and their songs have been recorded at 188 decibels, more than 40 decibels louder than a jet engine.

"The Blue Whale limited edition is a very special watch, produced in unusually small quantities for Oris, and the perfect symbol of the dangers facing the blue whale. We’re extremely proud to be working with Whale and Dolphin Conservation and look forward to seeing the change our partnership will bring," said Oris co-chief executive Rolf Studer. 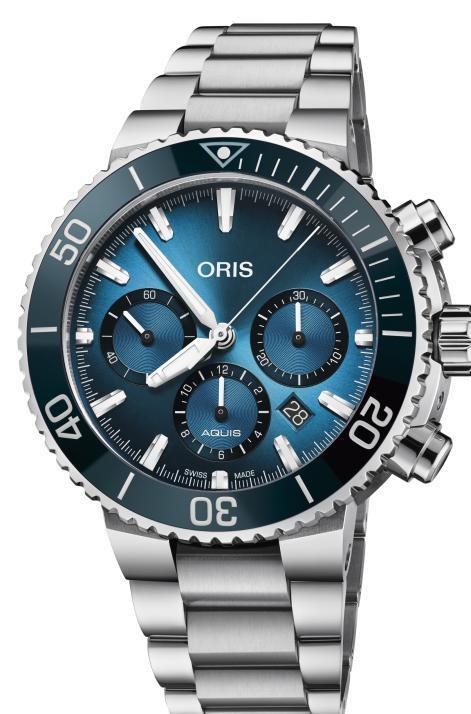 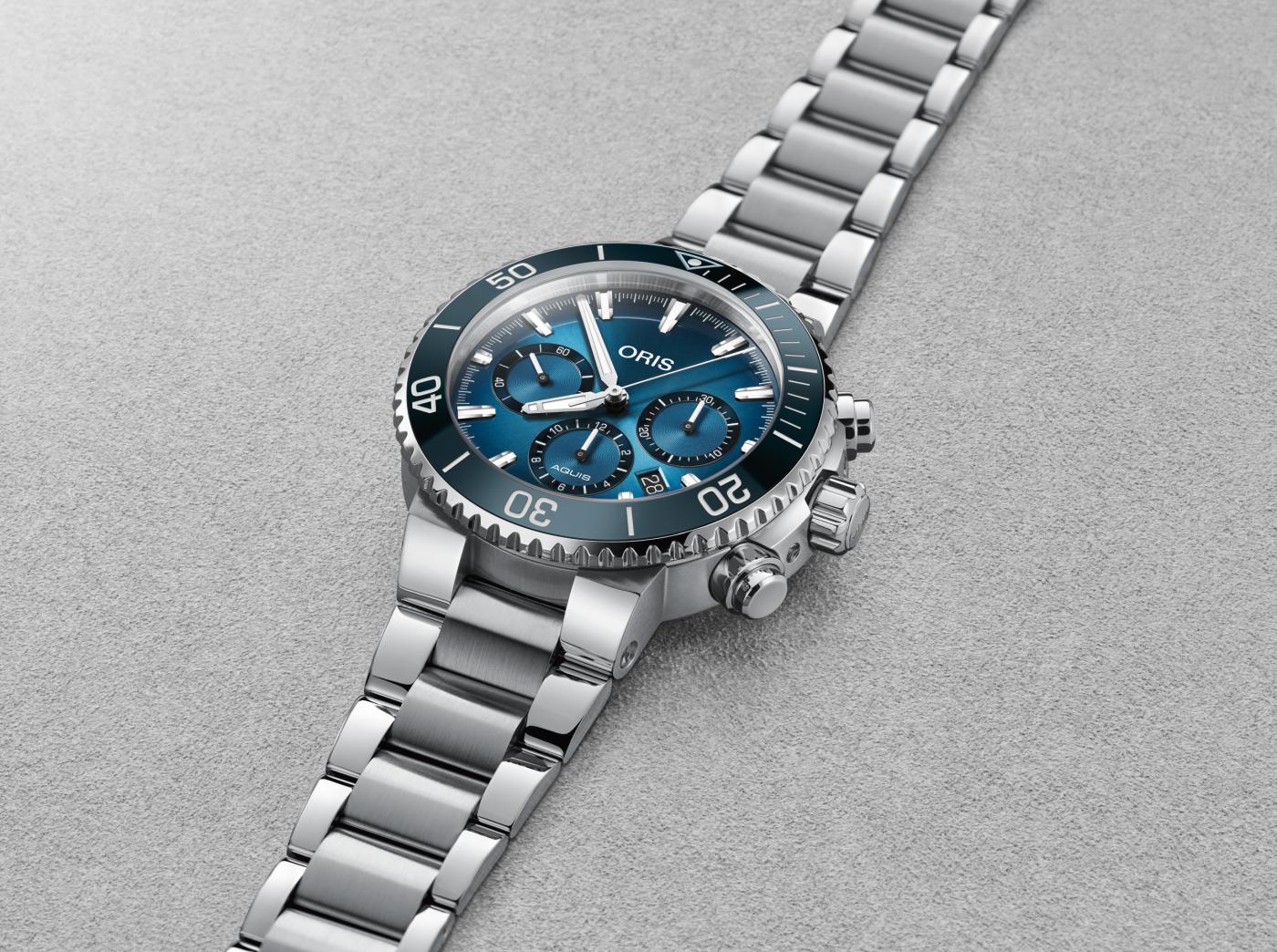 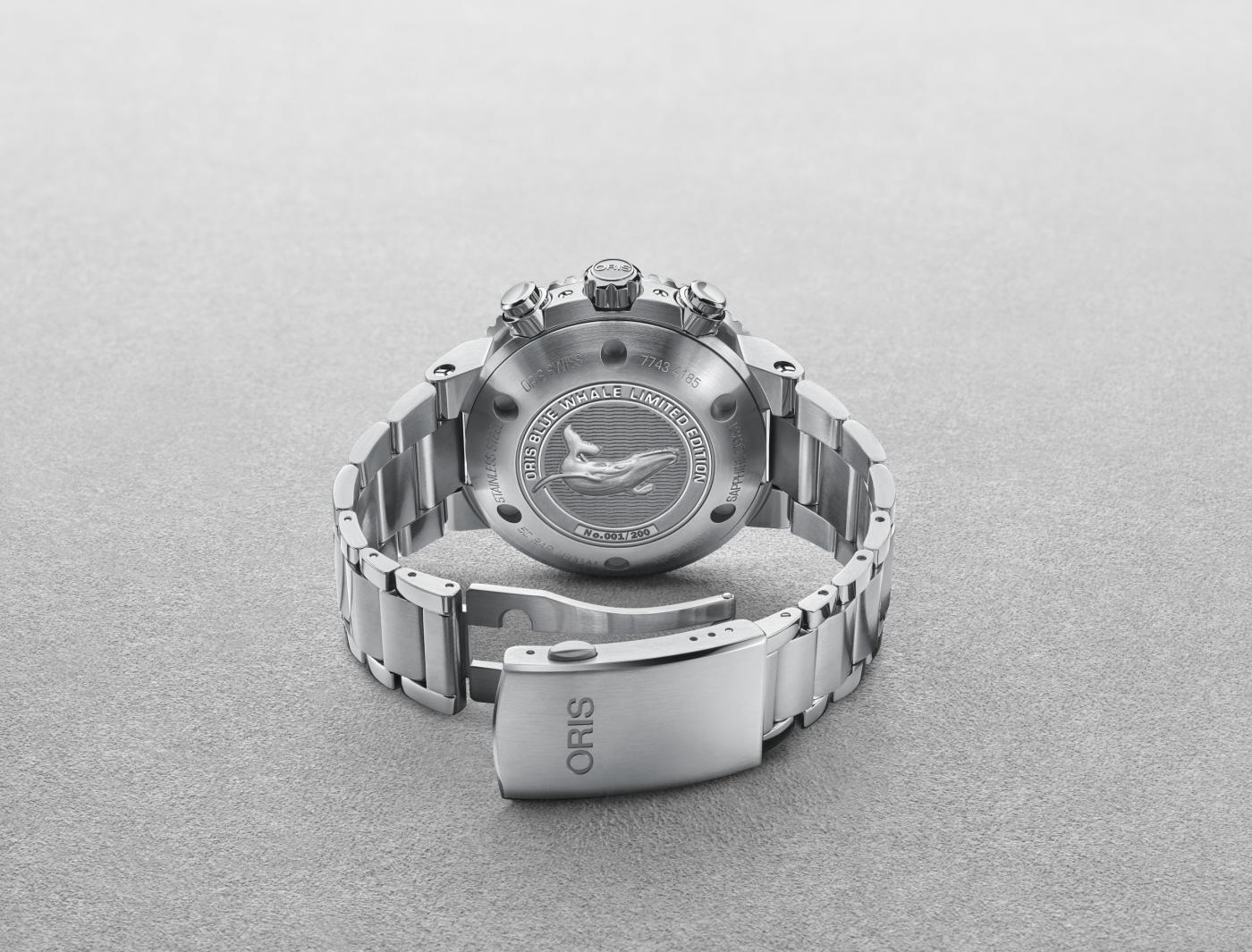 Inside, we find an automatic Swiss Made chronograph movement, powering the first ever Aquis 3, 6 and 9 chronograph dial layout. The case back carries an embossed blue whale and the limited edition number.

Only 200 pieces will be made, and the watch is only available as part of the Oris Ocean Trilogy set, which comes in a special presentation box made of recycled PET plastic.

TIME.KEEPER The latest model in a lineage of innovative watches, the Ulysse Nardin Freak Next features a 3D flying oscillator. 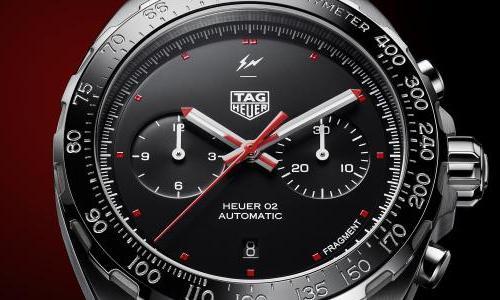 Building on its first creation with the Japanese designer Hiroshi Fujiwara and his Fragment Design label in 2018, TAG Heuer introduces a new collaborative (...) 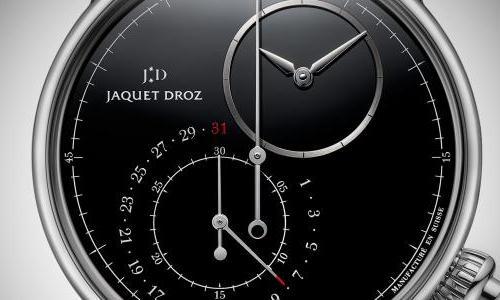 For the first time, the Grande Seconde Off-Centered Chronograph is equipped with an onyx dial. Deep and natural, this unique mineral allows the delicate (...)