Léon Breitling established his watchmaking workshop in the Swiss Jura in 1884 and concentrated on the production of chronographs – an area in which the company has been at the forefront of innovation throughout its history.

Because of its work in developing chronographs, Breitling became a natural choice for the early pioneers of aviation and has since become the brand of reference for pilot’s watches. Among the brand’s models, the Navitimer, which was introduced in 1952, is perhaps the most closely associated with the world of aviation because of its navigation computer function that can be used to make all the calculations required for a flight plan.

In its more recent history, Breitling’s partnership with Bentley Motors has spawned an entire collection of watches under the Bretiling for Bentley name.

Breitling is an independent company managed by Théodore Schneider.

It has been more than 85 years since Breitling introduced the first modern chronograph, whose influence on watch design has been incalculable. With its new (...) 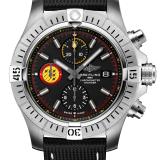 Breitling is celebrating the 55th anniversary of the Patrouille Suisse Swiss Air Force Team, admired around the world for its dazzling aerial performances, (...) 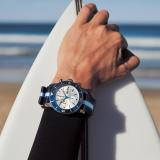 Chrono24 unveils its plans for the future

The German company has established itself as a global leader in watch e-commerce. The platform is now aiming to forge direct partnerships with (...)

The Breitling Navitimer has been the world’s most highly regarded pilot’s watch since 1952. Now, the new Navitimer 1 Automatic 41 combines the historic (...) 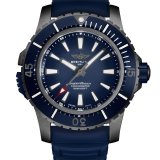 With its new Superocean Collection, Breitling has updated and upgraded one of its best-loved and most successful watch families. Breitling Superocean (...) 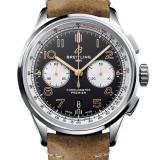 The Breitling Premier Norton Edition is a potent representation of a partnership between two iconic brands that share intriguingly similar timelines and (...)