Georges Edouard Piaget set up his first workshop in his parent’s farm in La Côte-aux-Fées, in the Jura mountains, in 1874. At first he produced mechanical watch and clock movements for watchmaking companies. The Piaget brand was not registered until 1943, after which the company began commercialising timepieces under its own name.

Piaget is renowned for the production of ultra-thin mechanical watch movements such as the Piaget Altiplano and as early as 1960 the brand produced the 12P movement, which was a mere 2.3mm thick – the slimmest self-winding movement in the world at the time.

In 1988, Piaget joined the luxury group that would later become the Richemont Group and in 2001 the company opened its new Manufacture de Haute Horlogerie on the outskirts of Geneva to complement its historical workshops in La Côte-aux-Fées.

Once a pioneer, yet now decidedly run-of-the- mill, the quartz movement is approaching a crucial point in its history. With mechanical watches becoming (...) 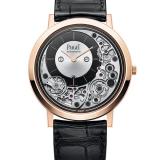 Just 4.3mm thick, this watch is one of the best illustrations of the fusion of movement and exterior design. To achieve this extreme thinness, the movement (...) 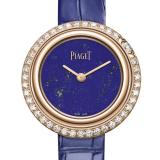 Who says “summer”, says “colours”! And not only in fashion and make-up, but also in the watchmaking industry.

The hybridisation of high-end watches

Hybrid designs combining mechanics and electronics is one path being explored in chronometric watchmaking. But beyond precision, hybridisation may also be (...)

A preview of Watches & Wonders in Miami

This coming Friday, Watches & Wonders will take place in Miami, along with the debut of the Miami Design District concours and the 30th annual Miami (...)

Taking place at the heart of the Miami Design District, Watches & Wonders Miami is a unique opportunity to discover watches and jewellery from the most (...)

“By imagining tomorrow, which apparently no other animal is capable of doing, we have given value to the present.” Albert (...)

If you needed a demonstration that time is cyclical, the ebb and flow of trends could serve as useful pointers. After a decade in which watches have (...)