The Zenith watch company was established in 1865 by Georges Favre-Jacot, whose ambition was to produce the most accurate and reliable watches of his era. The company is most famous for the Zenith El Primero, which was the most precise series produced movement in the world when it was launched in 1969, because it was the first chronograph to operate at a frequency of 36,000 vibrations per hour, or 10 per second, which allowed chronograph accuracy to 1/10th of a second.

Today Zenith, which is still based in the same spot in Le Locle where the company was founded over 150 years ago, is part of the LVMH group and is managed by Julien Tornare, its CEO.

A NEW SPECTRUM OF COLOUR

If all the colours that our eyes can perceive are to be considered as frequencies of visible light, then violet has the highest frequency of them all, (...)

On a superficial level, the worlds of watchmaking and automobiles are often compared through the many partnerships forged between the two industries. But (...)

A Zenith mystery comes full circle in the Chronomaster Revival “Shadow”, a timepiece inspired by an obscure prototype from (...)

Zenith unveiled an exclusive Revival model based on an El Primero icon from the 1970s. Affectionately nicknamed the “Cover Girl” by vintage watch collectors (...)

For his first eponymous special edition watch, the Defy 21 Carl Cox, limited to 200 pieces, Zenith turned up the tempo with a special execution of its (...)

When two partners who are pioneers in their respective fields come together, the results can be unexpected and exciting. Coinciding with the release of the (...)

Zenith embarks on the debut edition of LVMH watch week with a new kind of innovation in its defy collection with Defy Midnight, a uniquely conceived line (...)

“We are only at the beginning of business in China” 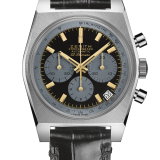 With the release of the A384 Revival this year to mark the 50th anniversary of the El Primero calibre, the opportunity to finally create the watch depicted (...) 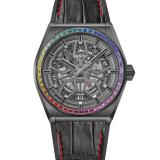 Zenith adds a Rainbow sparkle to the Defy Classic exclusively for Zenith boutiques worldwide and retailers in Greater China. 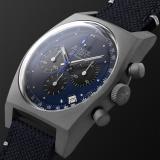