The French haute couture brand, established by Gabrielle Chanel (1883-1971), who was called “Coco Chanel”, revolutionised the world of fashion, but what about watchmaking? The idea came relatively late because the “Première” watch was not launched until 1987. It was a tribute to the company’s origins, with its shape inspired by the Place Vendôme and the stopper from a bottle of Chanel No. 5 perfume. But Chanel’s real breakthrough came in 2000 with the J12, a sports watch in high-tech ceramic. It was subsequently presented in different versions and evolutions. In 2003, the all-white J12 started the trend for immaculate white in luxury watchmaking.

Numerous private initiatives from wealthy individuals or global companies are today making up for the failures of states that did not foresee the extent of (...) 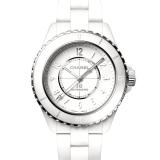 A pair of unique black and white matte ceramic J12, with a special black execution of the new self-winding Caliber 12.1 visible through a sapphire crystal (...)

Pre-Baselworld 2019: In 2016, Chanel presented the Monsieur, a watch specially designed for men. It all started with a desire, a vision and a drawing. For (...) 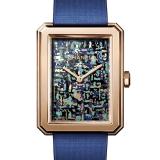 The BOY∙FRIEND watch holds within the art of twisting the elements from the masculine wardrobe so dear to Mademoiselle Chanel. With its enigmatic name it (...) 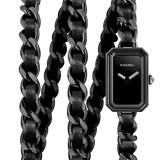 The first watch created exclusively for women in 1987 by CHANEL, inspired by the octagonal shape of the N°5 bottle-stopper and that of place Vendôme, the (...)