Blink and you’ll miss it! The UR-210 now released in Black Platinum


The Swiss watchmaker releases the most exclusive limited edition of the UR-210, which boasts a stunning retrograde minute function and a clever new winding efficiency adjuster.

Blink and you’ll miss it! The UR-210 now released in Black Platinum

The Swiss watchmaker releases the most exclusive limited edition of the UR-210, which boasts a stunning retrograde minute function and a clever new winding efficiency adjuster.

Urwerk has just released the impressive UR-210 in black platinum, which is the most exclusive of the UR210s. The new Black Platinum is limited to just 25 watches, and that kind of exclusivity comes at a very exclusive price of 155,000 Swiss francs. So, what does that actually buy you? 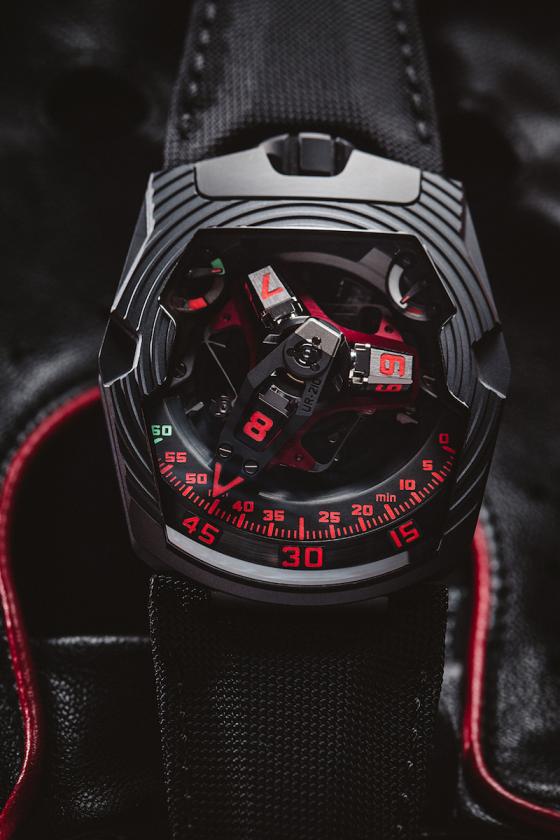 First and foremost is the spectacular combination of the revolving satellite complication and retrograde minutes. If you don’t keep your eyes firmly on the dial as the minute hand approaches the end of its cycle to change the hour, you’re sure to miss it.

The lightning speed of the flyback function, which apparently takes less than one tenth of a second to complete — is accomplished thanks to a series of mechanical feats. One is the central hub that ensures that the mechanism always remains stable. 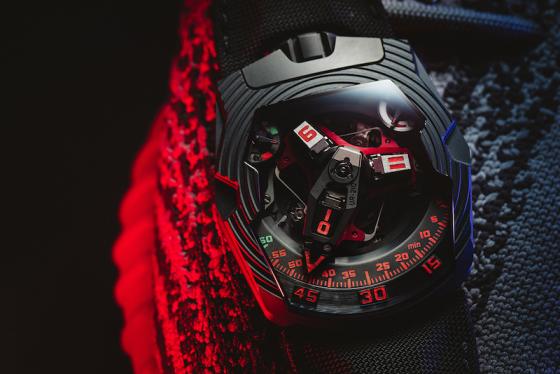 The unusual minutes hand is also machined to the hundredth of a millimetre from aluminium and weights only 0.302 grams. Lastly, a double coaxial cam in the shape of a star drives the retrograde action.

Since the fly-back function has such a prominent function on the UR-210, the rest of the watch has been designed so as to appear that it has reacted to the force of its movement. The Urwerk designers developed a series of shockwaves that appear to radiate from the dial, which makes it seem as if the complication is powerful enough to bend space and time. 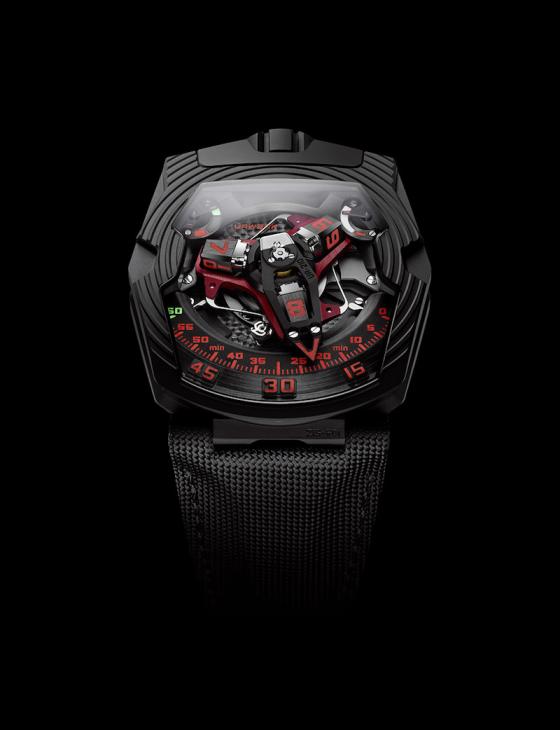 Another unique feature of the watch is found at 11 o’clock, opposite the conventional power reserve indicator, which by the way is capped at 39 hours. What appears to be a similar indication actually indicates the movement’s winding efficiency over the last two hours. This novel feature calculates energy flow, or the ratio between the energy generated and the energy consumed. Contrary to a torque indicator it doesn’t depend on the tension of the barrel spring. 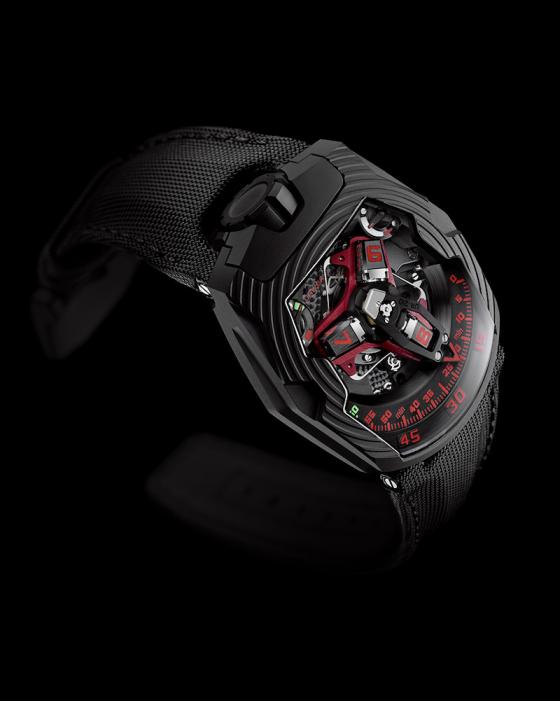 Why does this matter? Well, by knowing the winding efficiency of your watch, it enables you to adjust the winding rate.

If the watch shows that not enough energy is being generated (for example when sitting at your desk) you can turn the winding rate adjuster on the back of the watch to the “FULL” position. That makes the winding rotor sensitive to the slightest motion, helping to convert it into stored energy.

On the other hand, turning the wheel to the “REDUCED” position during more active periods (for example when working out) absorbs some of the excess energy to prevent unnecessary stress on the mechanism. A turbine then starts to spin and acts like an air compressor to create added resistance to slow the winding rotor. 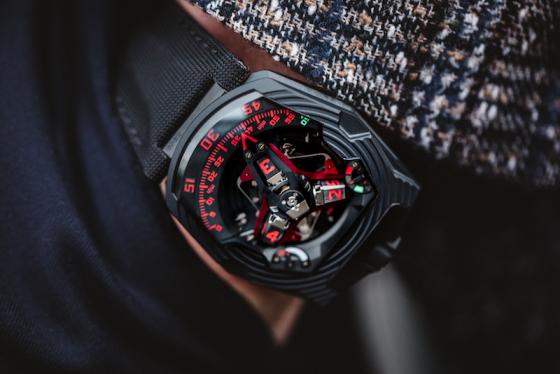 The movement can also be set to function as a manually wound watch by selecting the “STOP” position, which disengages the self-winding system entirely.

According to the brand’s co-founder and master watchmaker Felix Baumgartner, this system is a way of initiating a dialogue between the watch and its owner. Indeed, the new UR-210 makes for a much more intimate timekeeping experience, which remains as visually stunning as ever.