A closer look at the JS Watch Company Frisland 1941 collection


Size isn’t everything, as the small brand from Iceland demonstrates its watchmaking credentials with a fine collection of retro-chic pilot’s watches.

A closer look at the JS Watch Company Frisland 1941 collection

Size isn’t everything, as the small brand from Iceland demonstrates its watchmaking credentials with a fine collection of retro-chic pilot’s watches.

Iceland isn’t in the news all too often. It made the headlines a few years ago thanks to its football team’s improbable run at the European Championships. There was also that time a volcano whose name nobody could pronounce erupted, only to disrupt air travel across Europe and beyond. 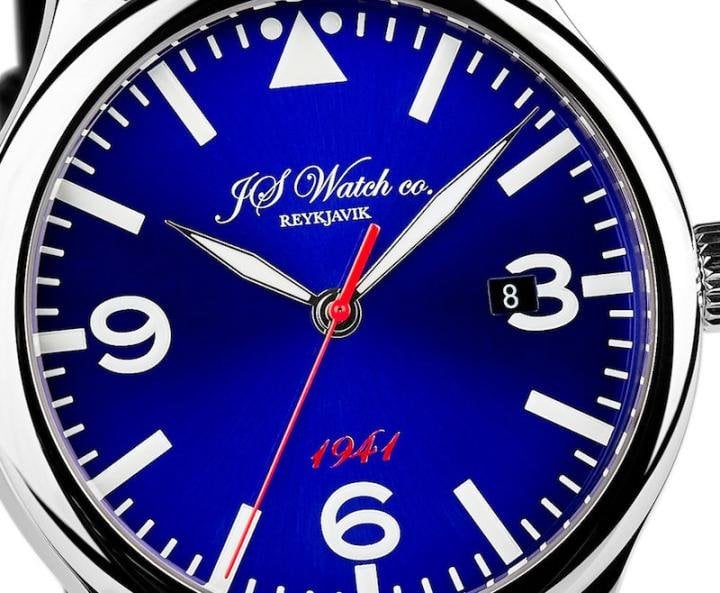 A fine example of that is the Frisland 1941 collection. For those not familiar with the collection, it was originally made to honour the 70-year history of Reykjavik’s airport. It was built by the British army during World War II and is now operated by the Icelandic Civil Aviation Authority.

Based on that story, you might guess that the watches are pilot’s models with a retro feel, and you’d be correct. The Frisland 1941 comes in a 42mm stainless steel case - that’s a bit on the small side compared to today’s aviator watches. 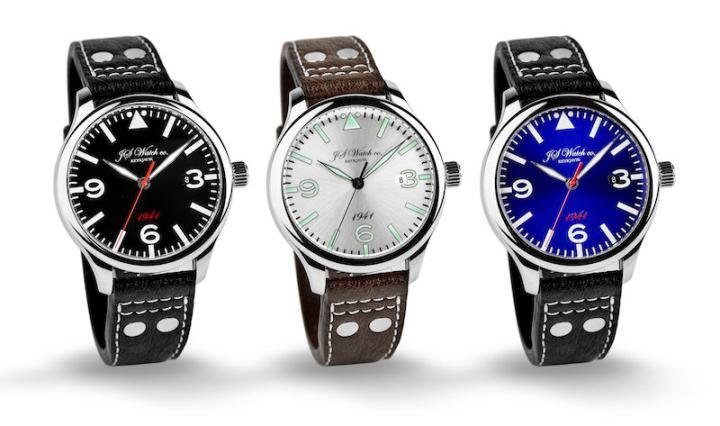 Through the caseback we get a glimpse of the ETA automatic movement. It’s referred to as an “execution top” movement, which means that it’s a bit more special thanks to custom decorations, including blue screws and a rhodium plated finish. Importantly, the movement is meant to offer chronometric performance, although it’s not officially certified. 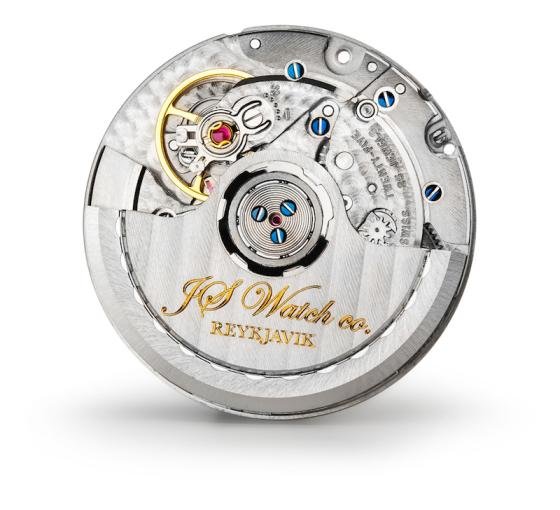 What I always thought was special about JS Watch Company watches was their dials, and this watch keeps the trend. The collection comes with a sunburst blue, black or silver dial, which also sports luminous pilot style hands. Adding an extra pop are the red second hand and the red “1941” marking above 6 o’clock. 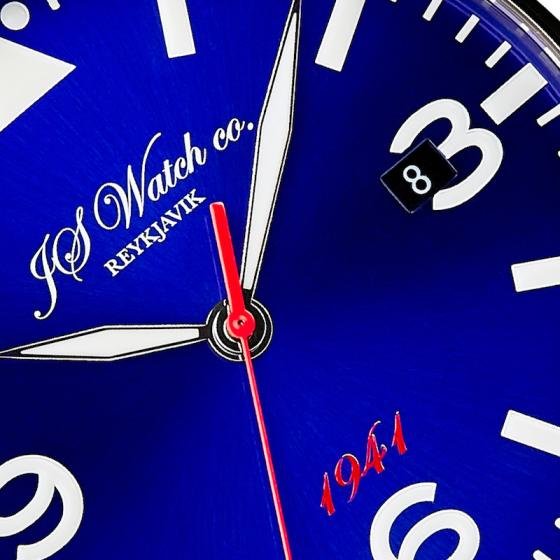 As ever, the watch boasts fantastic legibility. The only thing I would change about it would be to make the date display more prominent. Making it larger and repositioning it slightly, say to the 4 o’clock position, can also ensure that it doesn’t get lost on the otherwise well laid-out dial.

Among the three references on offer, the blue would be my preferred choice simply because the dial is so vibrant. It also adds some more life and modernity to the classic plot’s watch concept.