Studded for success? The Swiss watchmaker joins forces with Pirelli and Lamborghini Squadra Corse to launch a new limited edition timepiece that is inspired by ice driving.

Studded for success? The Swiss watchmaker joins forces with Pirelli and Lamborghini Squadra Corse to launch a new limited edition timepiece that is inspired by ice driving.

Swiss watchmaker Roger Dubuis has a thing for Italians. Partnering with Italian companies, that is. And they usually have something to do with motorsports.

So it’s not much of a surprise that we get a new motoring-inspired timepiece from the bold watchmaker, especially during the time of year when cars are all the rage thanks to the 2018 Geneva Motor Show. 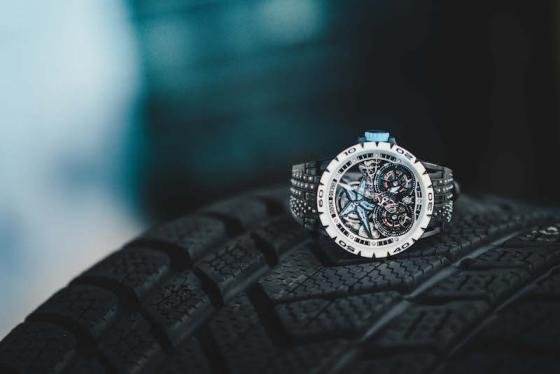 It comes in the shape of the Excalibur Spider Pirelli SOTTOZERO, which builds on the watchmaker’s partnership with the Italian tire manufacturer that was first announced at SIHH last year. But this collab is a bit more special. It involves yet another Italian brand: Lamborghini Squadra Corse.

As you might have guessed, the watch is based on the extravagant Excalibur model, which has been reinterpreted with Pirelli’s expertise in the world of high-end tires for premium cars. 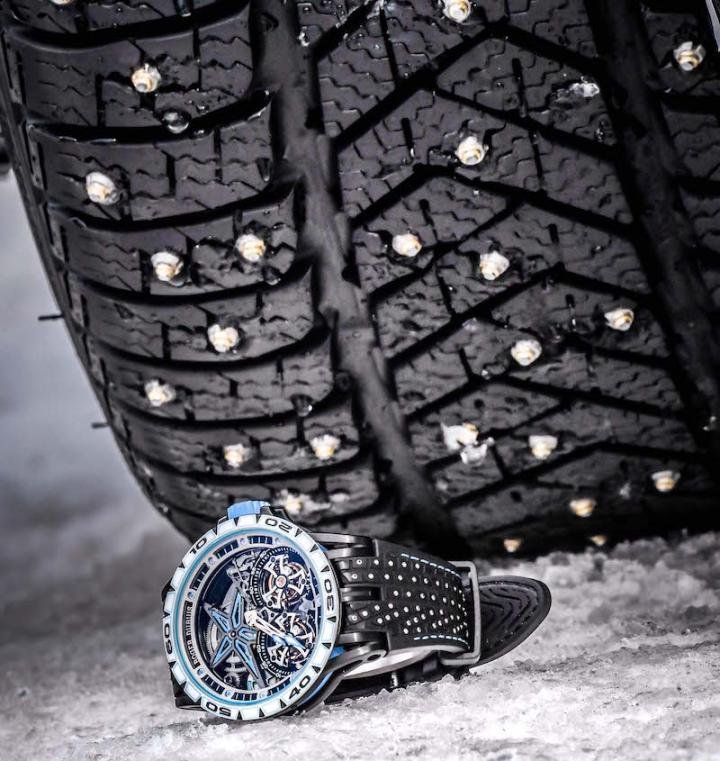 In terms of mechanics, the 47mm watch features the new RD105SQ hand-wound calibre with skeleton double flying tourbillon. The white ceramic bezel with blue markings offsets the titanium and sapphire crystal case, which offers an imposing view of the movement.

But with a name like Excalibur Spider Pirelli SOTTOZERO, the focus of the watch remains on the latter part. It is inspired by Pirelli’s SOTTOZERO studded winter tires, which are specially made to allow high performance racing on ice and snow. 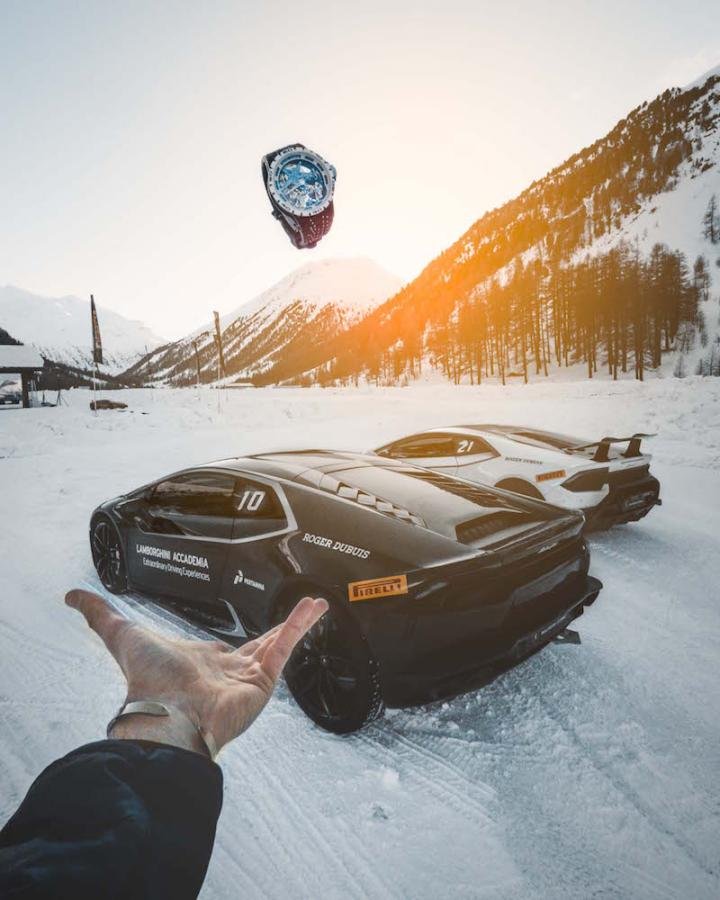 As a result, the watch features a distinctive strap with rubber inlays from certified Pirelli tires and an interior that reproduces the profile of a Pirelli tire. The tread pattern with an asymmetric design is set with dozens of titanium studs, mimicking the nails in the actual tires that are designed for better grip under icy conditions.

And yes, that involves driving a 700-horse power Lamborghini Huracán Performante on snow, which is what the Lamborghini Winter Accademia is all about. To mark the launch of the new timepiece, guests of the famous ice-driving school were able to try driving in the extreme conditions using Pirelli Sottozero 3 tires specially studded for the occasion. 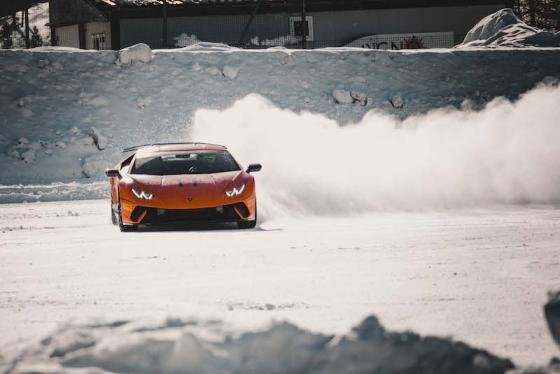 The brash and bold Excalibur Spider Pirelli SOTTOZERO is limited to just eight pieces, which means that it will probably end up on the wrists of some of those who partake regularly in the Lamborghini Winter Accademia. A niche product to be sure, but what else would you expect from a watch that is inspired by a winter tire.