A retrospective on the Chronomètre à Resonance


Already 35 years old, the innovative resonating chronometer movement by F.P. Journe brought us the first wristwatch to function based on the principles of physical resonance.

A retrospective on the Chronomètre à Resonance

Already 35 years old, the innovative resonating chronometer movement by F.P. Journe brought us the first wristwatch to function based on the principles of physical resonance.

Greatness doesn’t happen in a day. It takes years of practice and experimentation, which gradually and incrementally accumulates into something special. Equally important, greatness can only be achieved because we all stand on the shoulders of giants, of past greatness.

In this case, it is François-Paul Journe standing on those shoulders and aspiring for greatness. Antide Janvier is one of those giants, who mastered the physical resonance phenomenon in a clock with a regulator. And before him, almost 400 years ago, Christian Huygens was the first to note that two pendulum clocks placed on the same wall synchronized their movements. 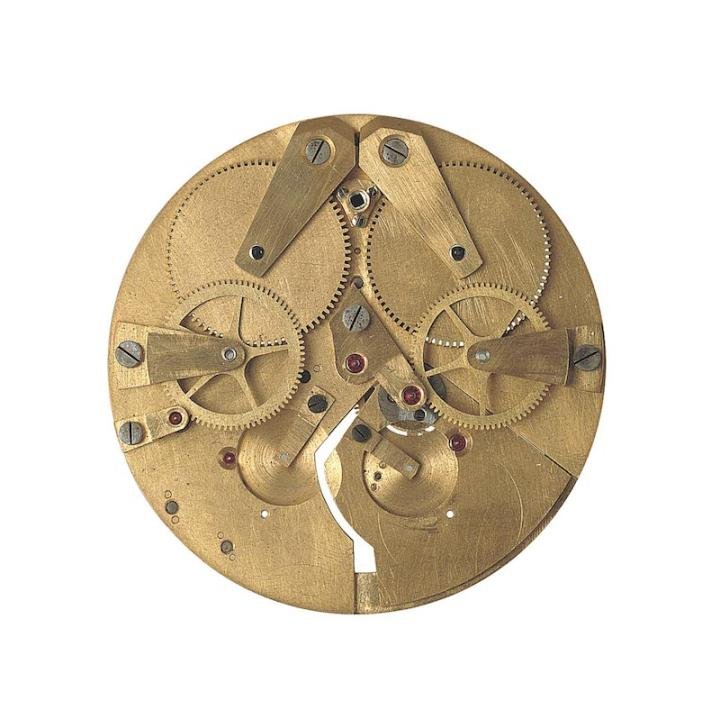 Resonance is a natural phenomenon, and any animate body – you and me included! - transmits a vibration to its environment. When another body picks up the vibrations it absorbs its energy.

When it comes to watchmaking, that means that two independent movements set side by side get in sync, as Huygens observed and Janvier mastered. That is the phenomenon that has been captured by F.P. Journe, but in a more modern application and on a smaller scale. 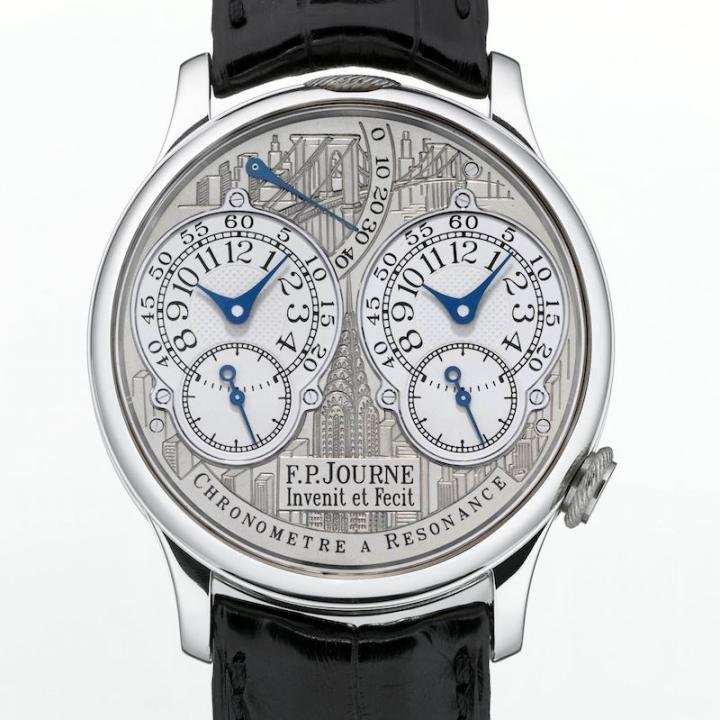 2002 edition of the Resonance sporting the “New York” dial

Of course a watch is not a pendulum, and reducing a large double pendulum within the confines of wristwatch is a complicated endeavor. Despite the difficulty and doubts, F.P. Journe embarked on the journey.

After some difficulties (including abandoning the project for a while) François-Paul Journe finally come up with a working prototype of a resonating wristwatch movement in 1983. 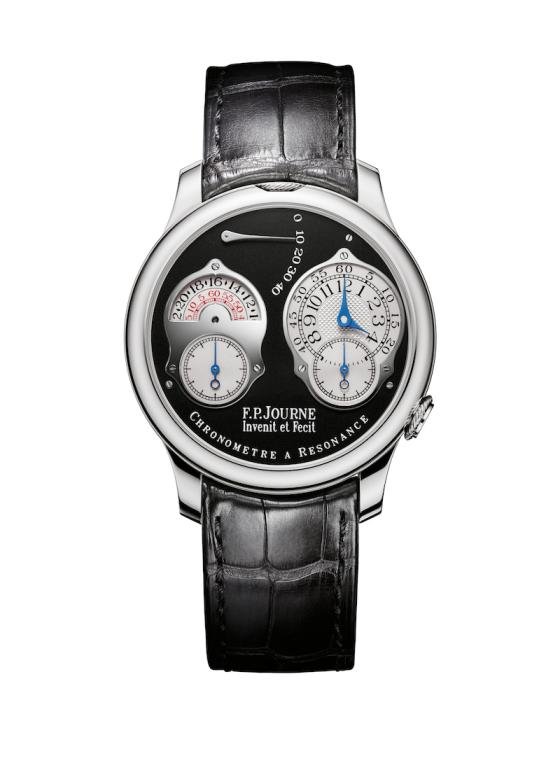 Despite being developed 35 years ago, it would only be in 2000 that the first wristwatch with “resonance” would make its commercial world premiere in the shape of the Chronomètre à Resonance.

So how did he pull it off? Well, the movement has two balances, each one alternately serving as an “exciter” and a “resonator”. When the two balances are in motion, they enter into harmony thanks to the resonance phenomenon. Eventually they begin to beat naturally in opposition and give more inertia to the movement. 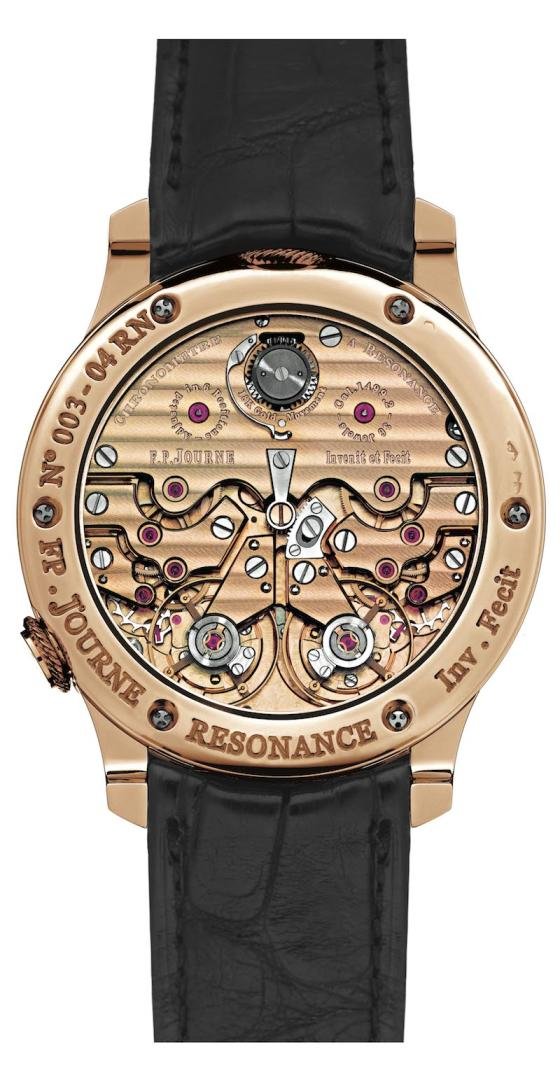 How does this result in higher precision in timekeeping? While an external disturbance affects the running of a traditional mechanical movement, that same disturbance to the Chronomètre à Resonance accelerates one of the balances as much as it slows the other down. Gradually the two balances come back in harmony thanks to the physical resonance phenomenon, and thus eliminate the disturbance.

By 2004, F.P. Journe took the Chronomètre à Resonance to another level of fine watchmaking by manufacturing this haute horology movement in precious metal; 18K rose gold to be exact. Since then, all of the brand’s precision chronometers would be produced in precious metals, like the Ruthenium Series. 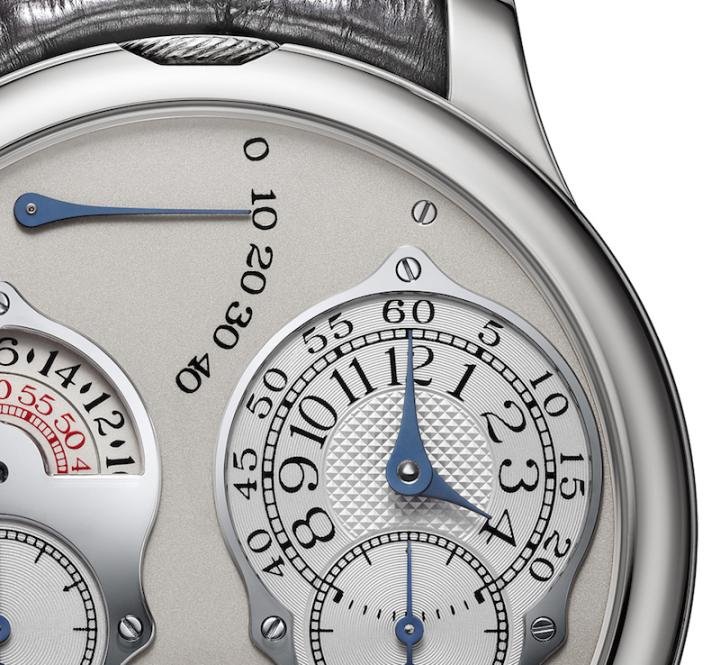 To commemorate the 10th Anniversary of the emblematic wristwatch in 2010, the brand presented a new version indicating 24 hours with a dial at 9 o’clock. A dial in silver guilloche at 3 o’clock provided a second time zone indicating local time. The 2010 edition of the Chronomètre à Resonance was awarded the Grand Complication Prize at the Grand Prix d’Horlogerie in Geneva that same year. 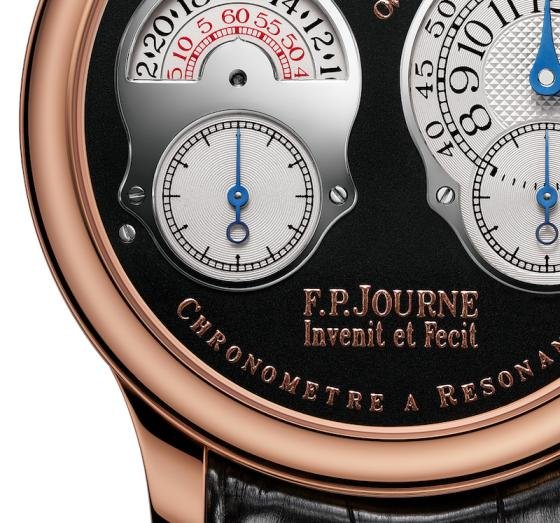 No doubt F.P. Journe will be releasing new models of the Chronomètre à Resonance in the coming years with 2020 being an obvious landmark as the 20th anniversary of the timepiece. But as with all great creations, they stand on the shoulders of earlier accomplishments. In this case, that is the prototype movement that was first developed by F.P. Journe some 35 years ago.