The new 88 piece limited edition features a new design that puts its central tourbillon front and centre. And thanks to its extensive skeletonisation we get a wonderfully transparent and airy timepiece.

The new 88 piece limited edition features a new design that puts its central tourbillon front and centre. And thanks to its extensive skeletonisation we get a wonderfully transparent and airy timepiece. 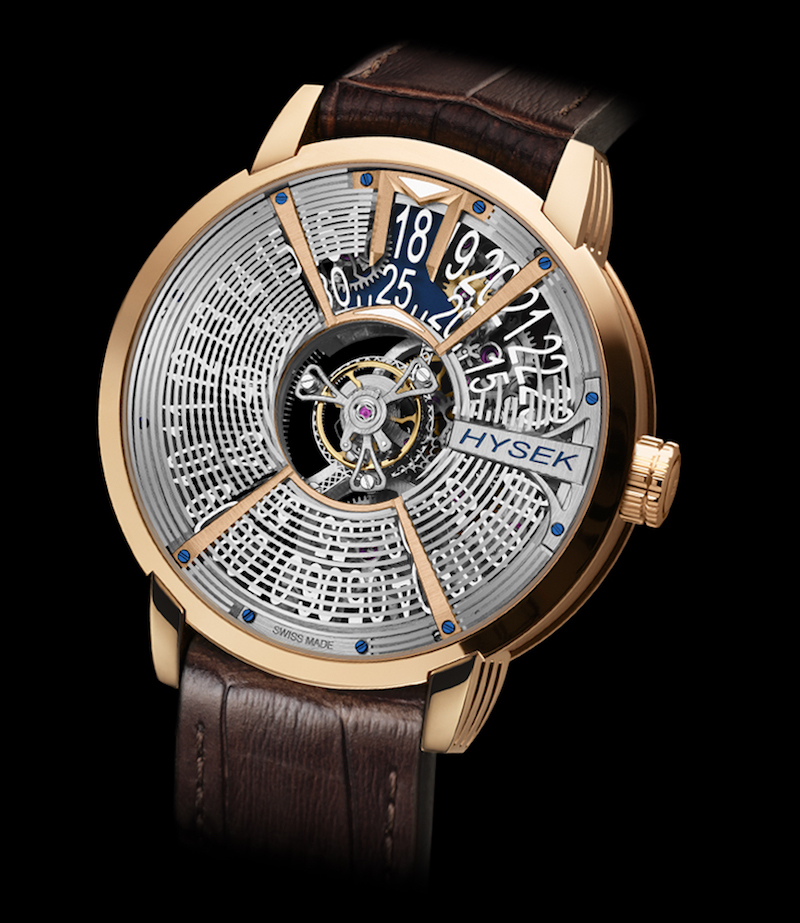 The Swiss brand continues with that watchmaking trend with its latest innovation: the redesigned IO Skeleton Central Tourbillon. Arguably, this new timepiece takes skeletonisation to new technical and aesthetic levels.

Let’s start with the basics. At the centre of it all we have the HW22 calibre whose central tourbillon is at the heart of its identity. It boasts a 42-hour power reserve, and comes packaged in a fine 18-carat rose gold case featuring three-clawmark lugs. But that’s just the beginning. 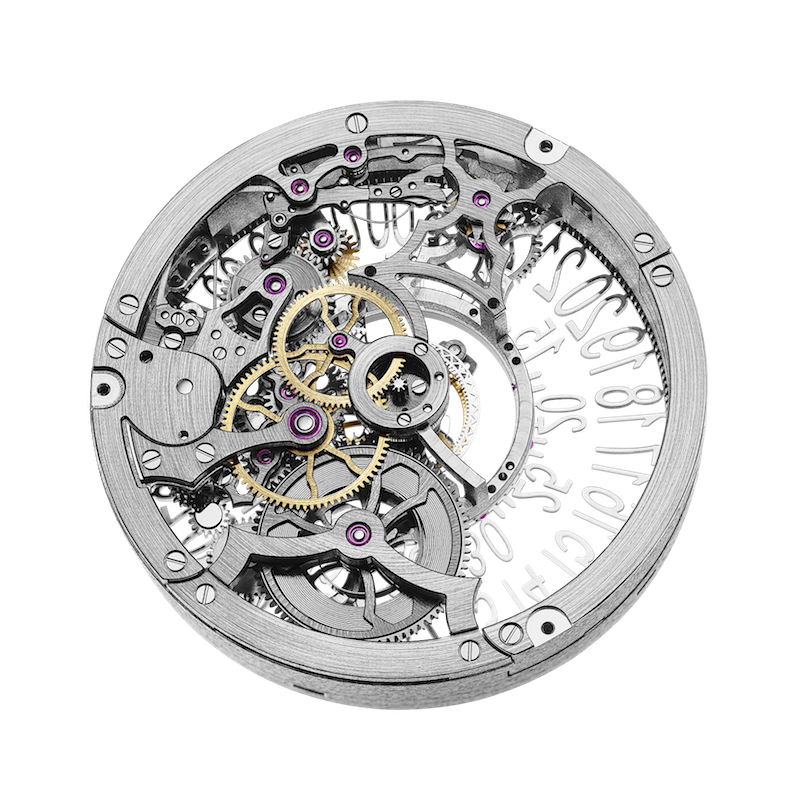 For this watch, Hysek sought for an ideal way to arrange the hours and minutes around the central tourbillon, which is not often seen in watchmaking. Using a flying tourbillon no less, as well as incorporating jumping hours, makes the new IO Skeleton Central Tourbillon even more impressive from a technical point of view. 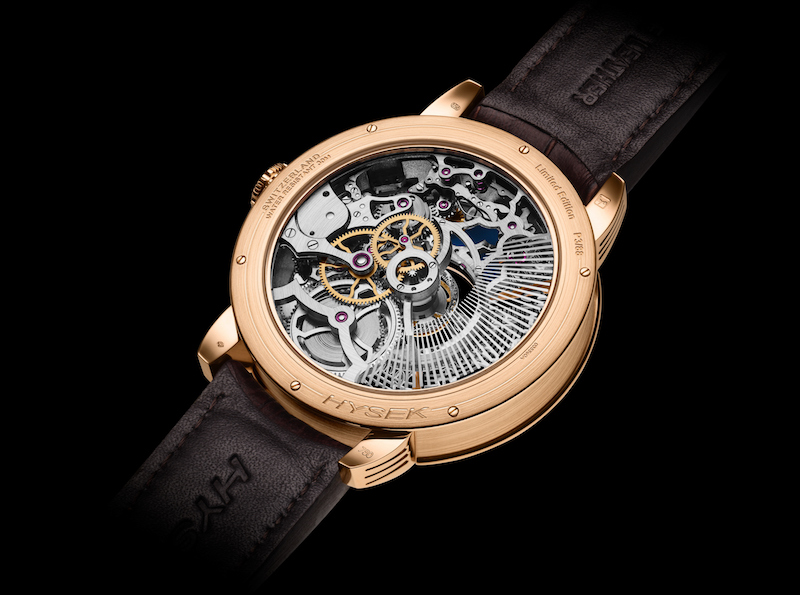 The tourbillon is hand finished and its “flying” design means that it has a cage held in place only by its lower bridge. The lack of an upper bridge adds a sense of lightness to the piece, which is clearly a theme for this watch.

Skeletonisation has also been extended to the entire movement. The hours and minutes discs, for example, also feature their own special openwork that helps to reveal the movement beneath. The hours window is displayed at 12 o’clock and is marked by a luminous triangle. A second luminous marker indicates the 60 minutes as they pass by in rotation. 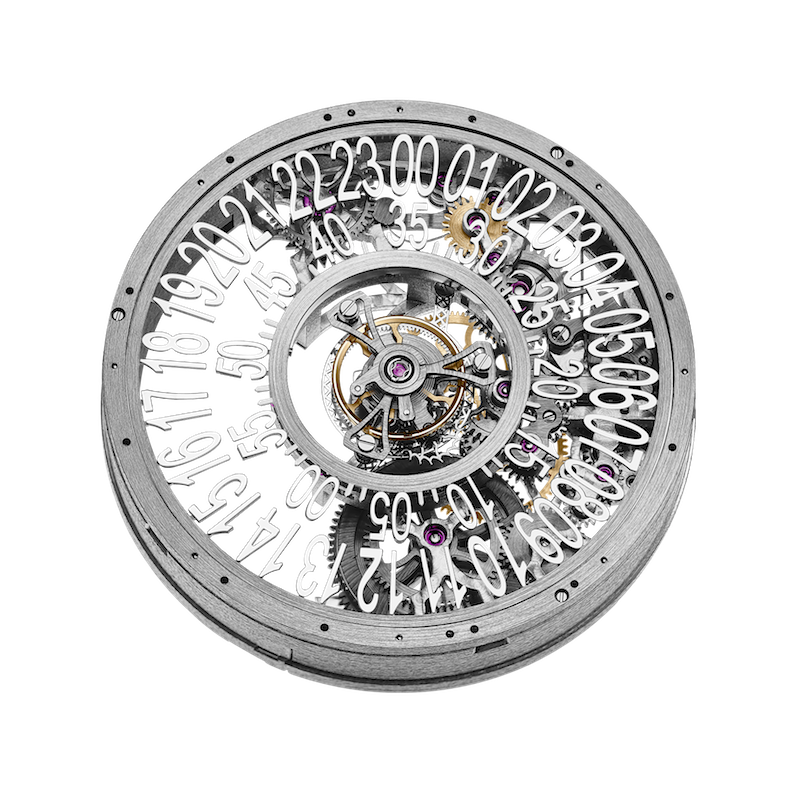 To make telling the time a bit easier, Hysek has coated each figure with blocks of SuperLumiNova. The application technique here is a bit different and uses face-fixed blocks, which are supposedly denser and produce better brightness.

As this is a limited edition, the IO Skeleton Central Tourbillon will only be released in a series of 88 watches. Making it more exclusive, Hysek has developed an new finish for the limited release, which again focuses on amplifying the tourbillon movement.

As a result, the upper sapphire crystal has been decorated with a circular metallisation pattern that seems to emanate from the tourbillon.

On the flip side, the micro-rotor has been removed from its calibre to offer the most unobstructed view possible of the skeletonisation process. It can be enjoyed through the transparent case back, which is a good thing too, because there is a lot to appreciate with the new IO Skeleton Central Tourbillon.