The experienced Raymond Loretan has been selected by the Foundation of the Grand Prix d’Horlogerie de Genève (GPHG) to serve as the new president of the GPHG.

The experienced Raymond Loretan has been selected by the Foundation of the Grand Prix d’Horlogerie de Genève (GPHG) to serve as the new president of the GPHG.

Since it was created in 2001, the mission of the GPHG has been to highlight and annually reward the most remarkable watchmaking creations. That’s all well and good, but its overarching goal is to enhance the worldwide reputation of the art of watchmaking.

Of course that noble objective is a bit more difficult to achieve when the watch industry has been working out its kinks over the last few years. So the idea behind the appointment of Raymond Loretan as the new President of the Foundation is to bring new momentum and fresh perspectives.

Part of that will include exploring new cooperation agreements to ensure the sustainability of the Grand Prix and to continue promoting the reputation of the watch industry, both within Switzerland and worldwide. Ensuring that those new partnerships do not affect the independence and neutrality of the GPHG will be an important consideration there. 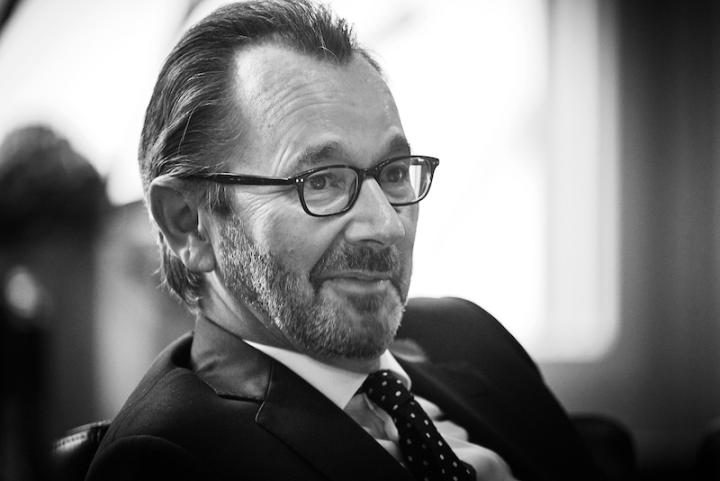 Early indications seem to suggest that the Foundation is in good hands. For one, Mr. Loretan appears to have the diplomatic and international experience needed to take the GPHP to new global levels. Trained as an international lawyer, he became a Swiss diplomat and eventually had stints as Swiss ambassador to Singapore and Brunei. He then served as Swiss Consul General in New York until 2007 and to this day holds the position of President of the Diplomatic Club of Geneva.

Mr. Loretan also has the political chops to make deals and compromises, having served as Secretary General of the Swiss PDC (Christian Democratic People’s Party). In 2008, he was also elected a member of the Geneva’s Constituent Assembly.

Raymond Loretan succeeds Carlo Lamprecht, who chaired the Foundation since it was created alongside the Director of the Foundation, Carine Maillard. Carlo Lamprecht stepped down to pursue other ventures, having spent seven years helping to extend the Swiss watch industry’s global reach.