The young and ambitious brand is aiming to produce watches that are “Made in Austria.” For the time being, it is offering good value timepieces inspired by imperial military tradition.

The young and ambitious brand is aiming to produce watches that are “Made in Austria.” For the time being, it is offering good value timepieces inspired by imperial military tradition.

Austria has a rich heritage, but somehow watchmaking doesn’t seem to be a big part of that. I can think of a few brands with Austrian roots - Carl Suchy, Jacques Lemans, Habrin - but somehow I would have expected more from the Central European country.

What Austria does have, however, is a strong imperial history. And it is precisely that history that the country’s newest watch brand is tying to tap into. 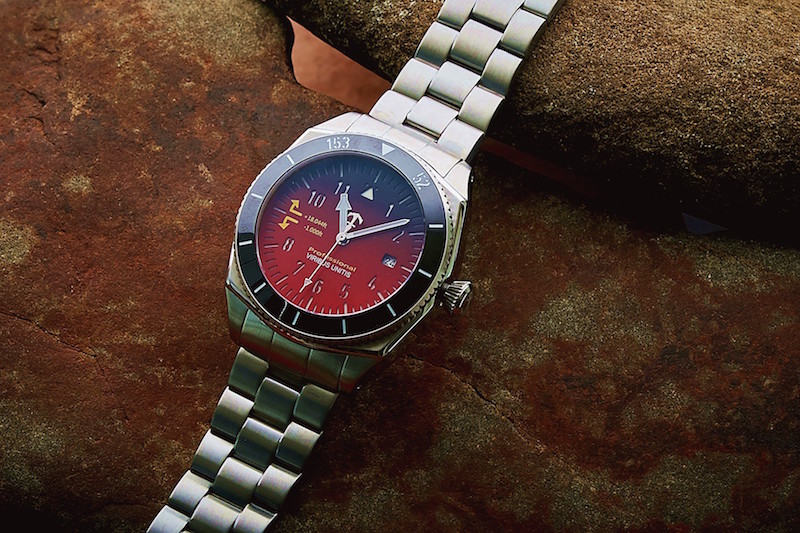 The brand is called Viribus Unitis, and it is aiming to offer quality timepieces at an affordable price. The grander ambition, however, is to help consolidate Austria’s name in the watchmaking world.

For the time being, the young brand has one collection, called “Airborne”. Inspired by historical military aircraft from the First World War, the series offers up four different models. 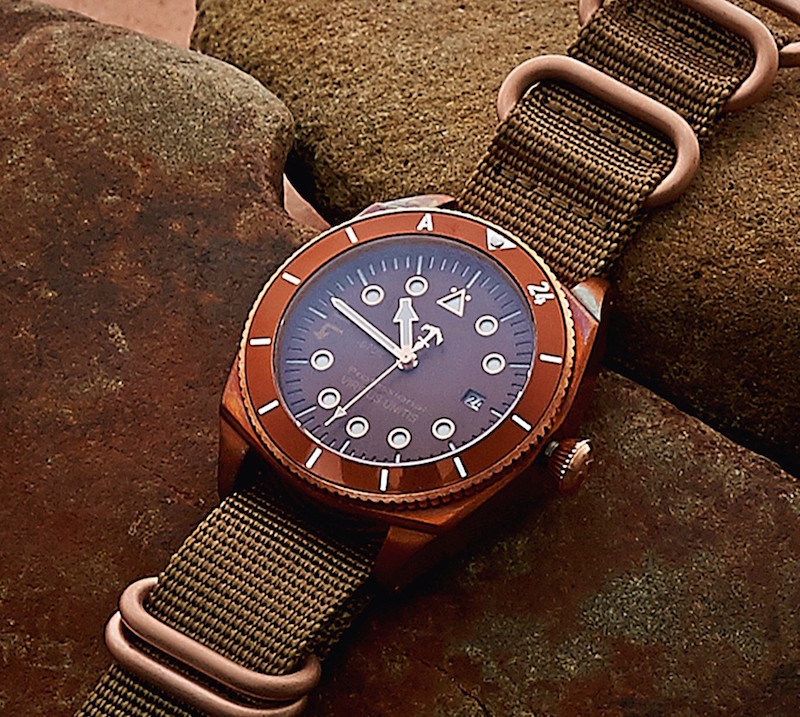 The four models are in fact quite similar. Each one is powered by the reliable 9015 Miyota mechanical movement and each sports a legible bi-colour dial matched by a robust looking case.

What separates the watches, besides their dial colours inspired by the livery of different historical aircraft, is the construction of the cases (steel or bronze) and the rotating bezels (aluminum or ceramic). 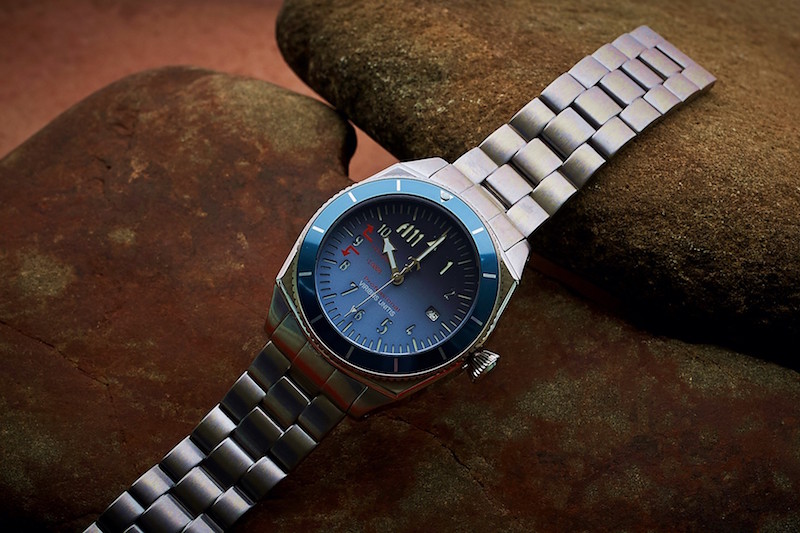 While the historical influence of the watches might be obvious to military or history buffs, the average consumer would probably not notice the subtle hints. That was an intentional design decision so as to make the watches as broadly appealing as possible, which is of course paramount for a new brand. 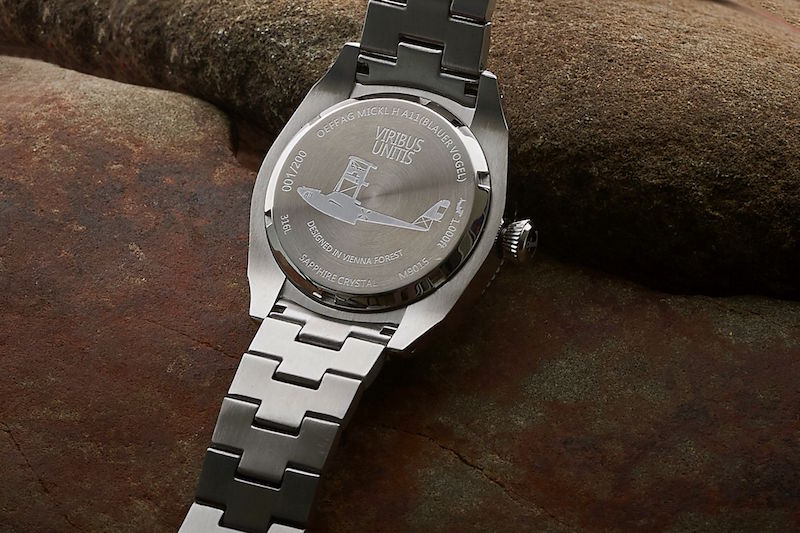 The next planned collection – which is the process of being designed as you read this – will be called “Land”. And you might have already guessed, it will draw creative inspiration from military units of the Austro-Hungarian Land forces.

The “Land” timepieces will supposedly also have a higher proportion of assembly in Austria, with the ultimate goal being to have watches that are 100% “Made in Austria.”

For the time being, what makes Viribus Unitis’ offering stand out is the robustness of the watches. Water resistance, for example, ranges from 30ATM (300m) for the steel cases and 20ATM (200m) for the bronze cases. Additionally, the watches include anti-reflective coated sapphire crystals. 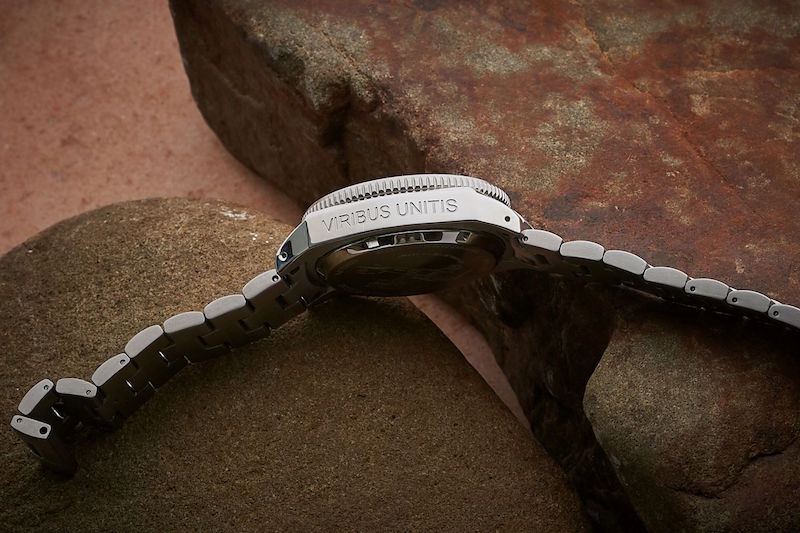 The price to quality ratio of the brand’s first watch offering also seems to be on the correct side. Depending on the model, prices range from 325 euro to 468 euro, placing Viribus Unitis in the sweet-spot for new brands that offer good value without sacrificing too much on quality.

And what about that unique name? As it turns out, the Viribus Unitis – which means “together strong” - was a historical battleship of the Austro-Hungarian Emprie. The Empire no longer exists today, which hints at what happened to the actual Viribus Unitis. But perhaps the brand that carries its name will stays afloat longer.

Creator of concept cars in a major automobile group for the past twenty years, Olivier Gamiette is also passionate about designing watches in his spare (...)