Rebellion at the World Cup


We’re talking about Rebellion the watch brand, not armed resistance, who will be represented in Russia by Nigeria’s head coach Gernot Rohr and his Predator Chrono Monopusher.

Rebellion at the World Cup

We’re talking about Rebellion the watch brand, not armed resistance, who will be represented in Russia by Nigeria’s head coach Gernot Rohr and his Predator Chrono Monopusher.

The FIFA World Cup is upon us, and once again it will probably be a story about Ronaldo vs. Messi, or Brazil vs. Germany. Or maybe it will be more about Vladimir Putin’s football skills (wait for it).

A team that’s not getting a lot of attention, at least as far as its footballing potential is concerned, is Nigeria. The African footballing nation is not given much of a chance this year and not many even expected them to quality for the tournament.

But that’s not to say they’re not making the news. For one, the Nigerian team, also known as the Super Eagles, is boasting one of the most stylish kits out there, with millions reportedly sold to date. 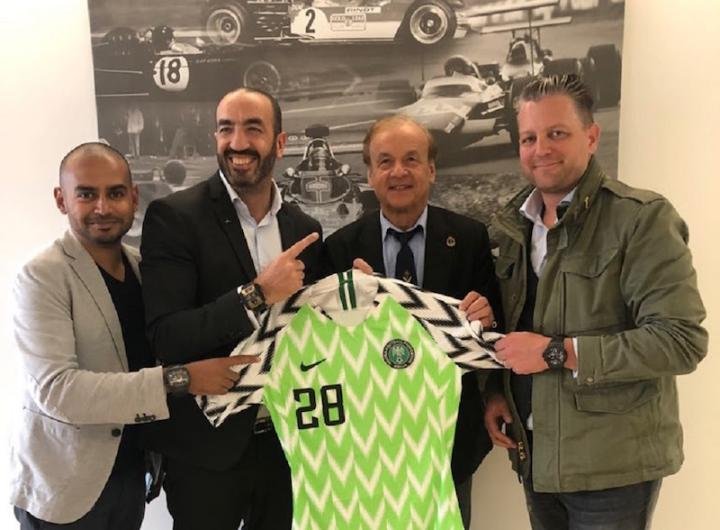 Fashion aside, Nigeria is also making some buzz in the watchmaking world. That’s in large part thanks to their head coach, Gernot Rohr. The Franco-German also just happens to be a brand ambassador for Rebellion.

Rohr will be hoping to push the limits of his Nigeria team at the World Cup and to help him out with that, he will be sporting a Rebellion Predator Chrono Monopusher in Russia. 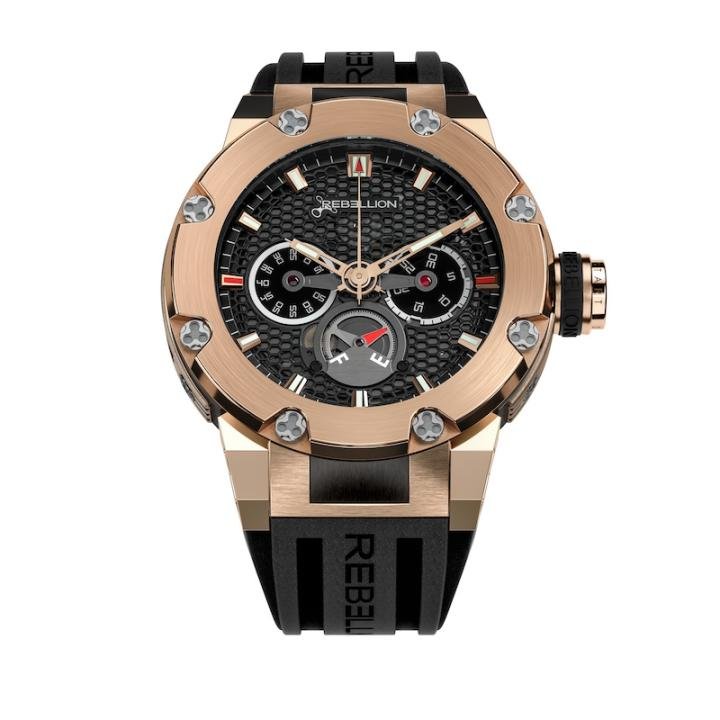 In terms of design and functionality, the Predator Chrono Monopusher seems to have the Hublot Big Bang firmly in its sights. So it’s a fitting choice for Rohr to wear this model at the World Cup, where Hublot has been a mainstay sponsor for years now.

Yet, the watch is not inspired by football as such. The 48mm Predator Chrono Monopusher is rather inspired by high-performance racing. This is evident, for example, in details like the honeycomb dial and the patented deployment buckle, all thanks to the crafty work of designer Eric Giroud. 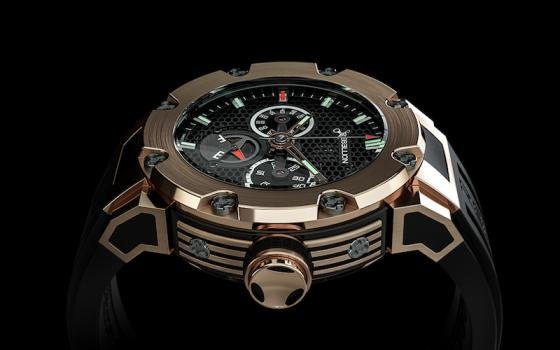 The chronograph also features a second indicator at 9 o’clock, with a short small hand that runs from 0 to 30 and a separate larger hand that takes over from 31 to 60 seconds.

And as the name suggests, the watch is equipped with a distinctive and oversized pusher that controls the usual chronograph operations and watch setting. 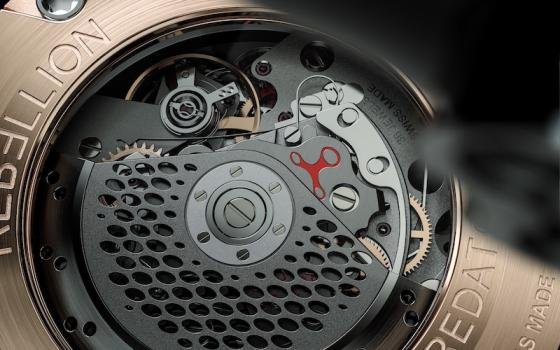 As far as the overall Rebellion watch offering is concerned, the Predator Chrono Monopusher is arguably one of the brand’s most conservative efforts. But that’s all relative, since the Swiss watchmaker has really made a name for itself by challenging the status quo.

For those looking for an example of the brand’s avant garde watchmaking, check out the Rebellion Weap-One model. 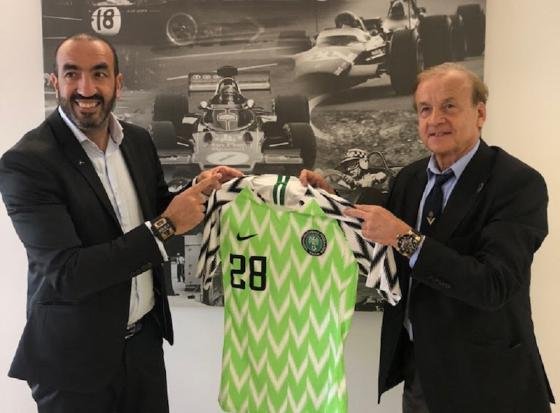 No doubt Rebellion will be hoping that Gernot Rohr takes the Super Eagles to new footballing heights, just like Rebellion attempts to do with traditional Swiss watchmaking. And who know, if Nigeria were to do well in Russia, perhaps the entire team, and not just Rohr, will be sponsored by Rebellion watches at the next tournament.