The Urwerk UR-105, and how the Catholic Church shaped watchmaking


A watch fit for a Pope? The latest release from the creative Swiss watchmaker, called the “Kryptonite”, is inspired by the historic “wandering hour” luminous clocks used by the Catholic Church.

The Urwerk UR-105, and how the Catholic Church shaped watchmaking

A watch fit for a Pope? The latest release from the creative Swiss watchmaker, called the “Kryptonite”, is inspired by the historic “wandering hour” luminous clocks used by the Catholic Church.

The specifications that Frei is referring to are not of an ascetic nature, but rather of an aesthetic one. He’s referring there to the fundamental need for every Urwerk timepeice to show the time clearly, especially in the dark.

At this point you might be asking, “what does the Pope have to do with watchmaking?” The explanation can be found all the way back in the 17th century night clocks. 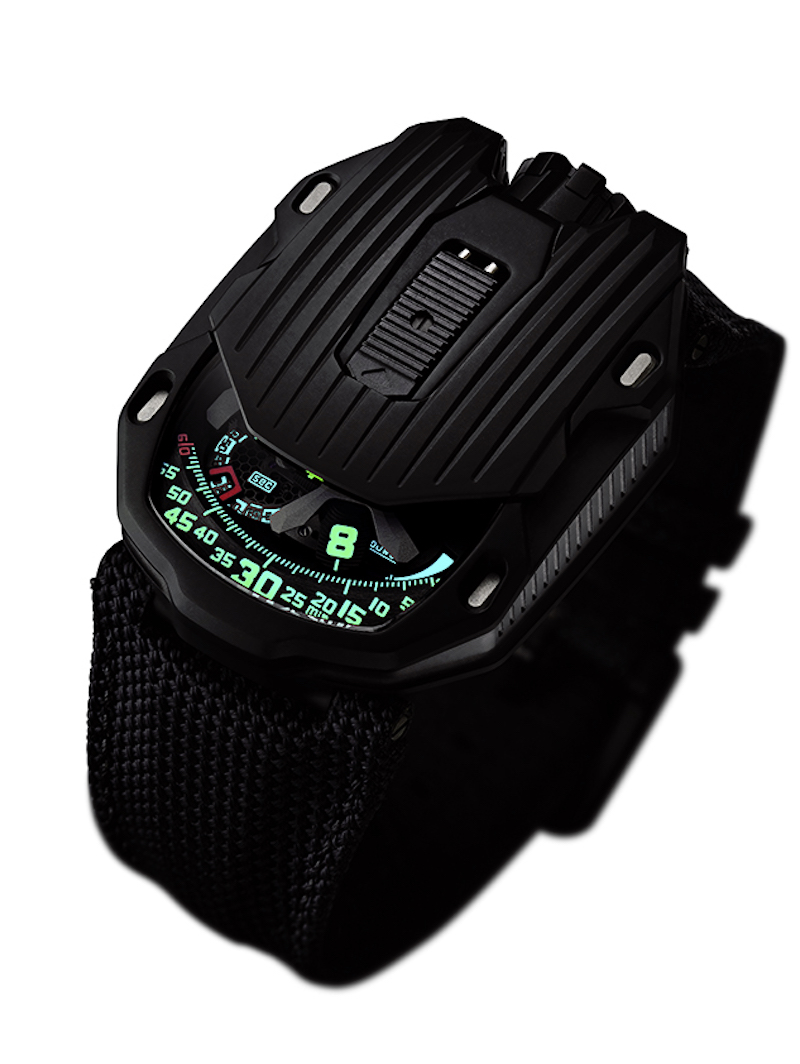 As the story goes, the Pope had ordered a special clock from the Campani brothers. But it had to conform to certain specifications. First, it had to be able to tell the time in the dark when the Pope celebrated the divine offices at night. Second, the clock had to be silent so as not to disturb him during his slumber. Third, the time display had to be immediately visible to the pontiff when he would wake up in the middle of the night.

The end result that the Campani brothers produced was the so-called “wandering hour” clock. It was different than the norm because the hands were replaced by hour numerals, which traversed a scale of 60 minutes. The passage of time was illuminated from within the clock by a candle. 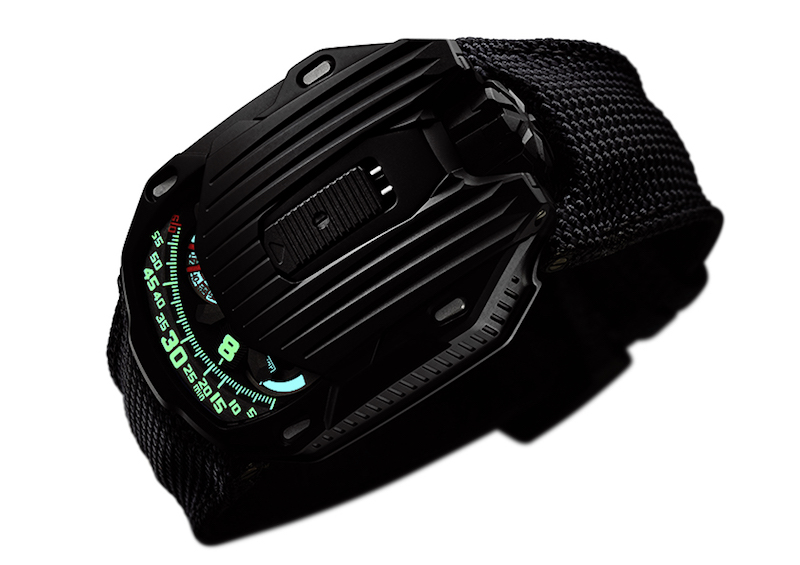 The design was a clever one indeed. But having been made mostly from wood – which is known to burns when exposed to something like candle – the clocks were not very durable.

Urwerk’s latest release, the UR-105 Kryptonite, is inspired by the luminosity of those old wandering hour clocks. And thankfully it won’t catch fire, thanks to a hunter case made of titanium that measures 39.5mm across.

The name “Kryptonite” comes from the intense green light emitted from the hour markers, which are in no danger of spontaneous combustion because they are lit up by SuperLuminova. 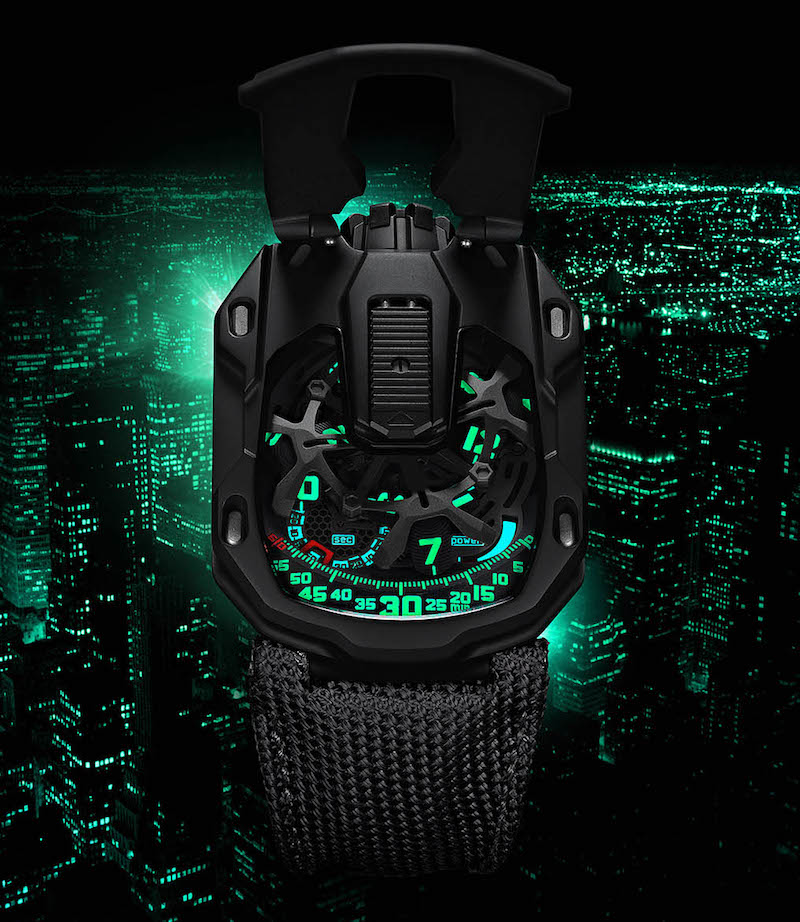 At first sight, the watch sports a minimalist yet structured look, with the time indication visible. The dial display also included the 48-hour power-reserve indicator and digital seconds, accurate to the tenth of a second.

But the case can also be opened, which allows observers to enjoy the mechanical intricacies of the movement. Two pneumatic turbines on the back dictate the self-winding rate of the UR 5.03 movement, which can be set with a lever depending on the wearer’s activity level: from full, to reduced, to disengaged and thus allowing for manual winding via the crown. 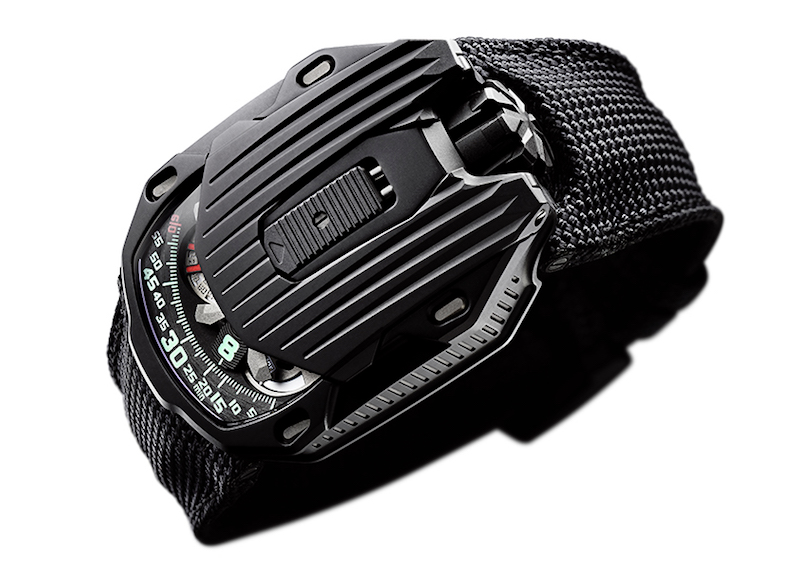 In German, the name Urwerk conveniently translates to “original movement” which is also fitting. This is, after all, one of the most creative Swiss brands in operation today. Yet, it’s worth noting that the UR 5.03 movement used here has also been used in other models. In fact, the Kryptonite is essentially a new release of an existing model, with the exception of its reworked carousel.

Having said that, the Urwerk UR-105 Kryptonite is unique enough, and that can partially explain the hefty 65,000 Swiss franc price tag.

In the end, I wonder whether the Pope today would equally approve of this timepiece. After all, it does do an excellent job of telling the time in the dark. Not sure what he would think about that price, though.