Bell & Ross off to the races with Renault F1 partnership


The French watchmaker presents a new model of its BR V2-94 R.S.18, a sporty chronograph in a rounded case that’s a departure from previous designs from its Renault partnership.

Bell & Ross off to the races with Renault F1 partnership

The French watchmaker presents a new model of its BR V2-94 R.S.18, a sporty chronograph in a rounded case that’s a departure from previous designs from its Renault partnership.

French watchmaker Bell & Ross is back on the Formula 1 scene. And so is France itself. as the French Grand Prix was held on 24 June 2018 in Le Castellet, France, after a ten-year absence.

As you might have expected, Paris-based Bell & Ross was there to capitalize with its partnership with Renault Formula 1 and with a new timepiece. But the results didn’t really turn out in their favour.

That’s because Lewis Hamilton, a Brit who drives for German manufacturer Mercedes, won the 2018 edition of the race. No doubt the fairy tale would have been that a French Driver or a French manufacturer like Renault would win the race. 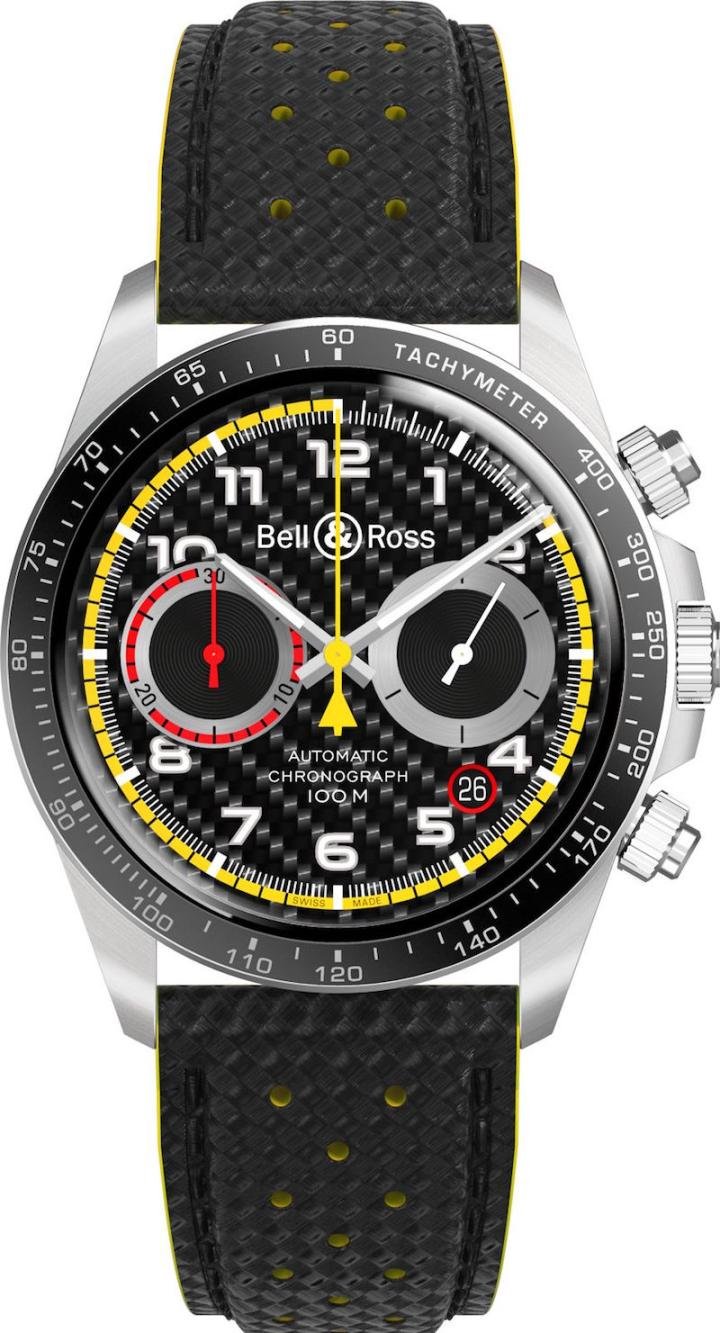 Alas, the watchmaker came out with a new timekeeper to mark the return of Formula 1 to France. The watch in question is the Vintage BR V2-94 R.S.18, which was introduced especially for the Renault F1 team, which shows in the design details.

Yes, the name of the watch is as complicated and technical as Formula 1 racing. But what you need to know is that this watch is a bit of a departure from previous editions to come out of the partnership between the watch brand and racing giant.

Working together since 2016, Bell & Ross and Renault F1 have already released several, relatively large square-shaped watches. But to mark the return of the French Grand Prix this year, the watchmaker clearly wanted to do something different. 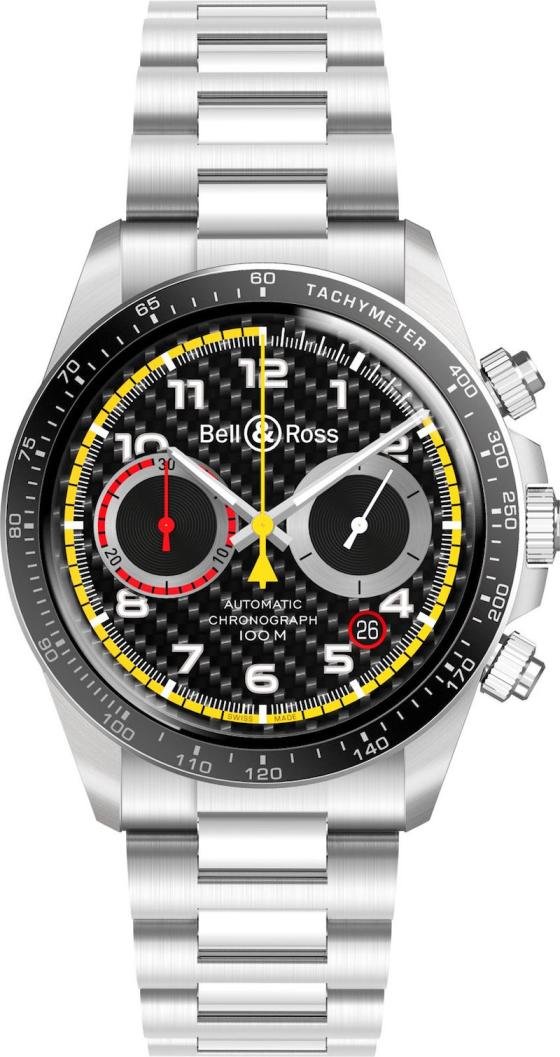 The objective seems to have been to target a new audience that is less concerned with technical timepieces, and more focused on those that are simply sporty, attractive and performance orientated.

The result was the BR V2-94 R.S.18, where the brand has opted for a more classic and well-proportioned chronograph model.

The watch is sporty throughout, made clear by the classic Renault racing colourway of black and yellow, which generally provides great contrast and good legibility. That also includes a 41 mm case in satin-finished steel.

Additional features include a bezel with a tachymeter scale that allows a car’s speed to be calculated over a given distance. That probably won’t be used much in practice, but it certainly helps the sporting pedigree of the watch. 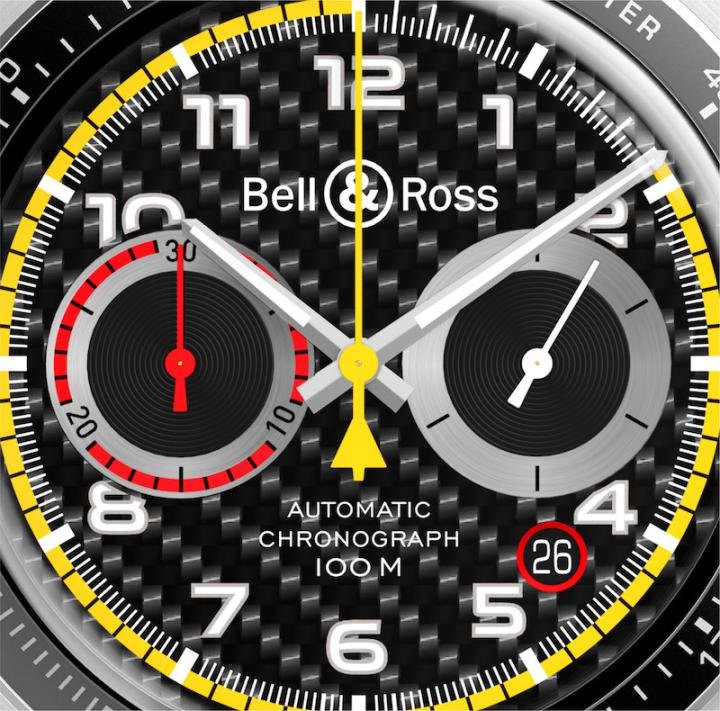 The dial is also made of carbon fibre, which is a clear influence from Formula 1 chassis construction and adds to the high performance feel of the watch.

Under the hood beats the brand’s BR-CAL.301, which is essentially a ETA 2894-2 automatic modular chronograph. The movement is reliable and it’s accurate, not much more to say there. 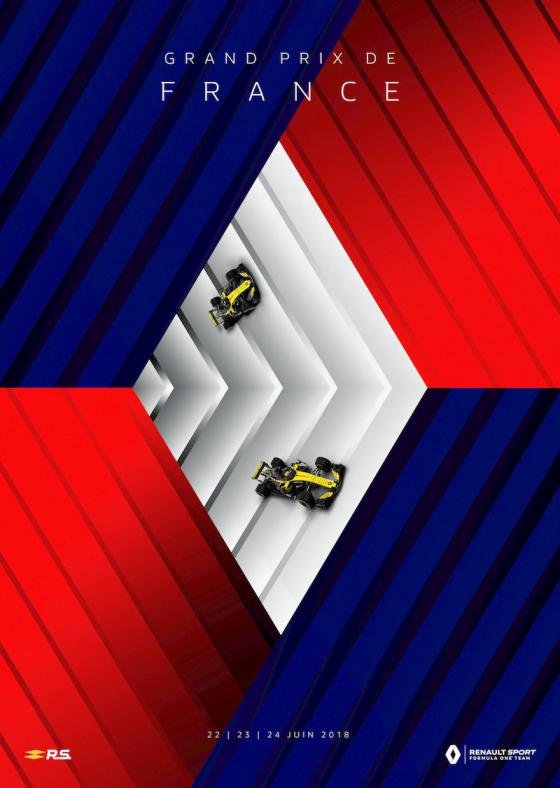 The new model of the Vintage BR V2-94 R.S.18 is now available in a special rubberized strap sporting the French national colours to commemorate the brand’s heritage and its partnership with Renault Formula 1.

Otherwise, this series is limited to just 999 pieces, and is priced at around 5,000 euros. The price varies slightly depending on the strap option: a steel bracelet will run about 300 euros more than a leather strap option.