Casio announces the release of a new addition to the flagship MR-G Series, which is part of its G-SHOCK line of shock-resistant watches. The MRG-G2000HA is inspired by the tetsu-tsuba (“iron sword guard”) on traditionally crafted Japanese swords, exuding a marriage of traditional Japanese strength and aesthetic sensitivity.

A limited edition of just 350 of these watches will be released worldwide. The MRG-G2000HA is inspired by the strength and beauty of Japanese swords, which have much in common with the toughness and good looks of the MR-G Series.

The tsuba (sword guard) is an important part of a Japanese sword that provides utility by protecting the hands and delivers high artistry through its design. Tetsu-tsuba are notable for their bold look, characterised by the indentations made by hammering the iron into shape. For the MRG-G2000HA, the bezel and centre rows of the watch band are treated to achieve a texture inspired by tetsu-tsuba to capture the boldness of the MR-G brand.

Asano Biho, a third-generation master artisan of the tsuiki technique, whose accomplishments include restoring Important Cultural Properties of Japan, supervised and helped to perform the manual application of a technique called arashi-tsuchime, used for every single watch. Tsuiki is a metalworking technique in which a sheet of metal is hammered out thinly into a three-dimensional shape. Historically it was used to make copperware and other metal containers, as well as armour and helmets, which needed to be made both thin and strong. Nowadays, the technique is applied to produce components for rail cars, aircraft, and other items. 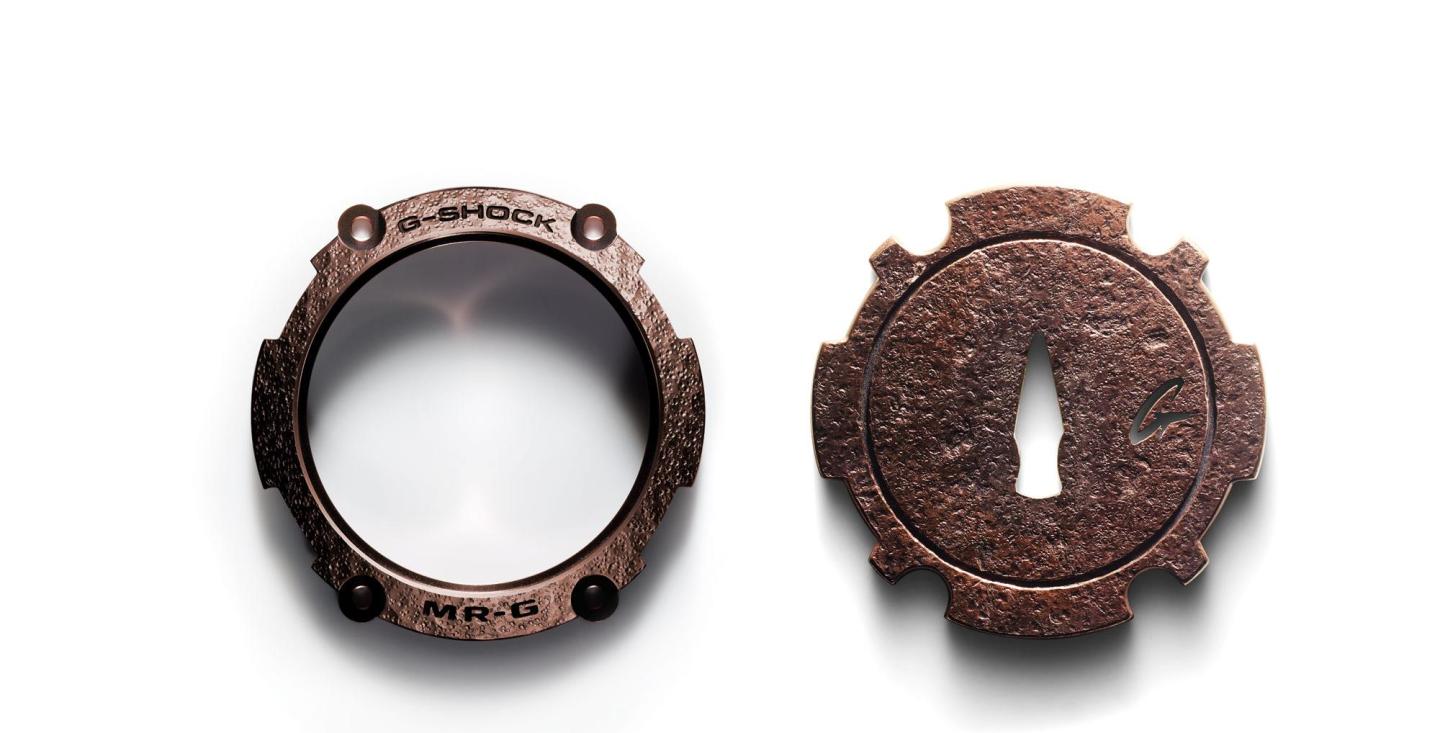 The MRG-G2000HA uses traditional colourings inspired by the aesthetic quality of murasaki-gane (deep violet AIP®*) and Suaka (brown AIP®*) copper material used in Japanese craft traditions. Suaka is made by adding gold to copper, which increases both its value and rarity, achieving a deep violet hue. This colouring on the watch case and band gives the watch a bold, regal look. The deep colours are achieved by the cutting-edge application of Arc Ion Plating (AIP®*), a hardened coating to which a deep-layer hardening is applied for high abrasion resistance.

The MRG-G2000HA features the Connected Engine 3-Way module, which pairs with a smartphone to automatically update the watch’s internal data, including the time, daylight savings time (DST), and changes in time zones. The MRG-G2000HA is an MR-G watch that marries innovative technology with Japanese aesthetics. 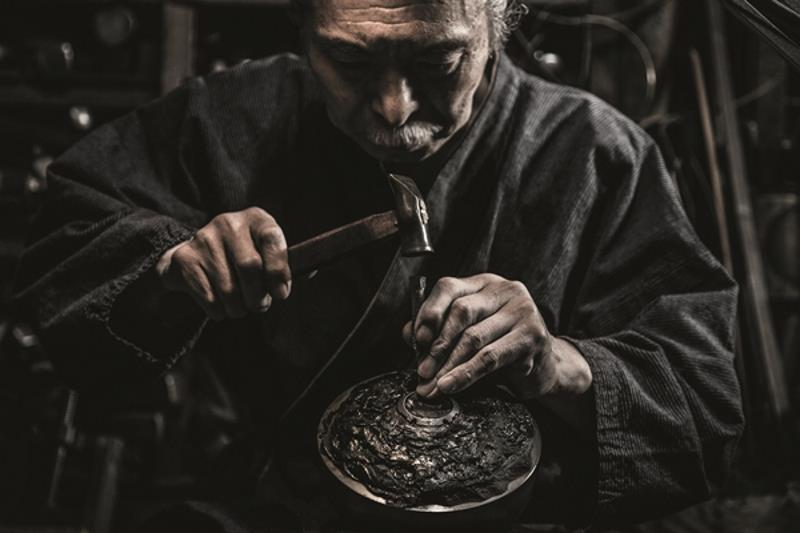 Casio announces the latest additions to the OCEANUS line of solar-powered radio-controlled and Smartphone link watches designed to capture the essence of “Elegance and Technology.”

OCW-S4000S (limited to 150 watches worldwide)
The upper half of the bezel is cut in a traditional Japanese sensuji fine stripe pattern, while the lower half is multi-dimensionally cut using advanced technology, inspired by firework displays in Tokyo. The inset dials are made of white mother of pearl.

The new OCW-S4000S and OCW-S4000C blend traditional Japanese craftsmanship with advanced technology, inspired by contemporary Tokyo, a city of urban sophistication complemented by history and tradition. Edo Kiriko is a traditional Japanese technique of cutting patterns into glass that dates back some 180 years. Edo is the original name of the city now called Tokyo.

OCW-S4000C (limited to 1,500 watches worldwide)
Sensuji fine stripes are irregularly arranged around the bezel, inspired by a picturesque Tokyo dawn with the morning rays reflecting on the water.

The bezels of the OCW-S4000S and OCW-S4000C watches were treated using the Edo Kiriko cut glass technique, under the supervision of Toru Horiguchi. He is a third-generation master craftsperson who carries on the Horiguchi lineage of Edo Kiriko, while at the same time producing numerous innovative pieces. The bezels are made from hard sapphire crystal, which despite being difficult to work due to its hardness, are expertly cut to achieve a stunning, refined brilliance. The sapphire crystal bezels are grown through repeated vapour deposition using different colours, to achieve a deep blue colour of unparalleled beauty. In terms of advanced technology, the watches are equipped with the Connected Engine module that links to a smartphone using Bluetooth®. The watches keep accurate time anywhere in the world using Connected Engine and radio wave time-calibration signals. A connected smartphone app also records and analyses usage data from the watch in order to make possible a variety of features that enhance ease of use, such as reminding the user to charge the watch and warning about possible magnetic interference. 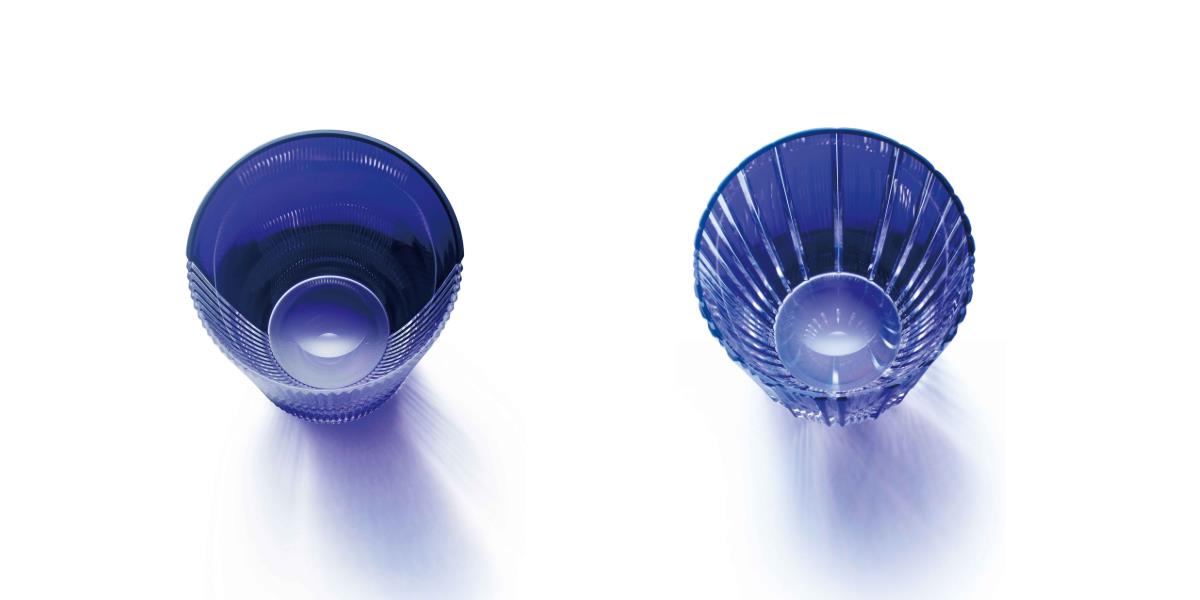 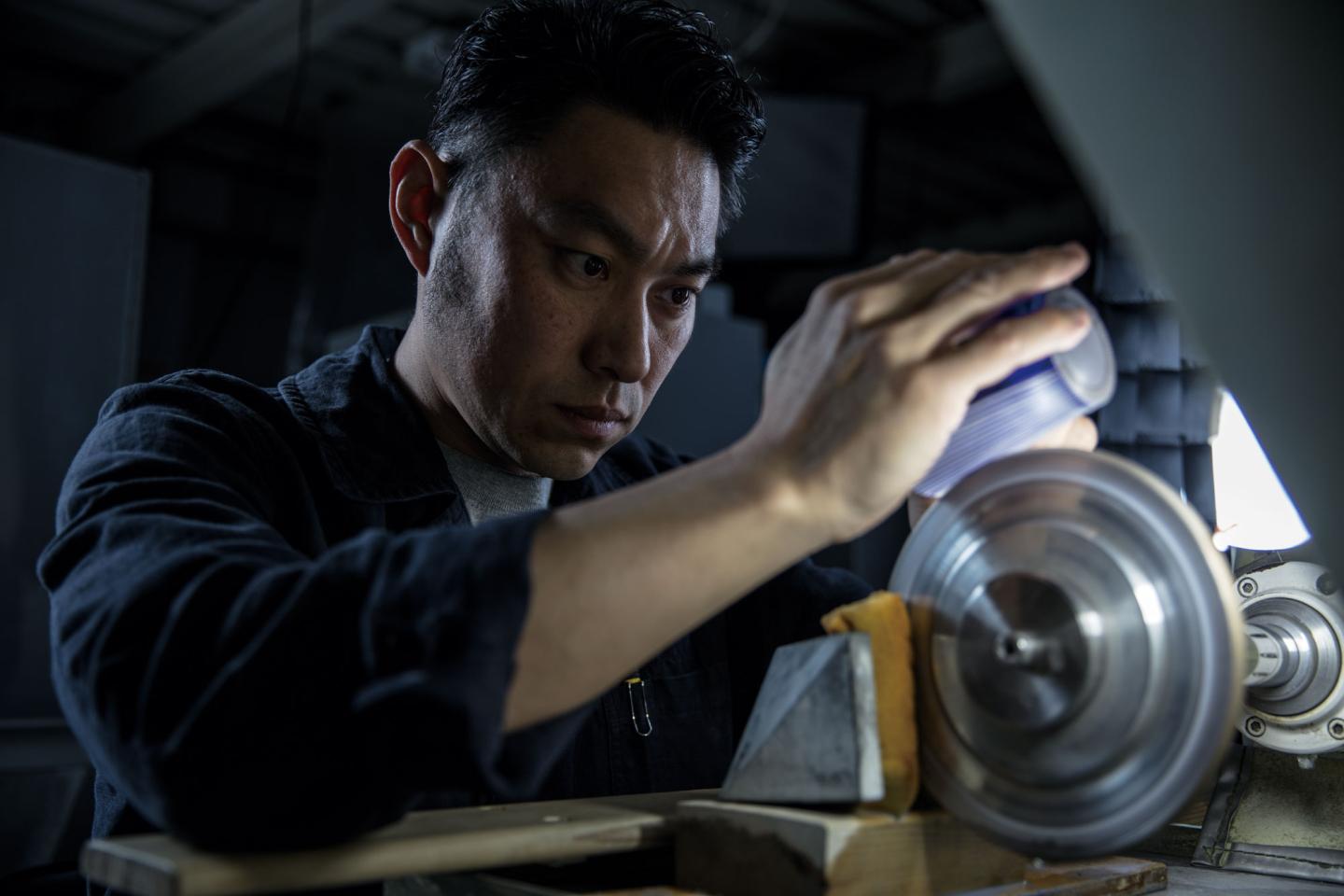 Toru Horiguchi, third-generation master craftsperson of Edo Kiriko
Edo Kiriko is a traditional Japanese technique of cutting patterns into glass that dates back some 180 years.

AN EDIFICE WITH LARGE LCD THAT GRAPHS LAP TIMES

Casio announces the release of a new addition to its EDIFICE line of high-performance sports chronographs that combine dynamic design with advanced technology. The ECB-800 is an advanced analogue watch with extensive lap time features and a large LCD to support motorsports, and it will be available in three models.

The new ECB-800 features a large, full-dot LCD to enable the graphing of lap times. The graph provides a direct indication of lap time trends and fast confirmation of the quickest lap time. The watch offers extensive lap time features including the ability to set a target lap time. This triggers a 30-second countdown to the target time on each lap, indicated by the second hand. The countdown is useful for predicting the time when high-speed race cars will return, and for gauging the gap to the target lap time. Lap times are recorded down to 1/1000th of a second, with a 200-lap memory. The watch delivers utility for motorsports including an inset dial that displays the average speed, making it invaluable not only for racing teams operating on precise timing, but also for spectators who want more realistic insights into races.

The ECB-800 is equipped with the Connected Engine module, which pairs with a smartphone to receive accurate time data anywhere in the world. With this module, data recorded by the watch can be transferred to a smartphone app, allowing viewing and storing of detailed data. The app provides operating instructions for the watch and also allows the user to select course lengths to measure lap times from actual circuits, making it easy to enjoy the advanced features of the watch.

Openworked timepieces are an integral part of Maurice Lacroix’s history and watchmaking culture. The new Aikon Chronograph Skeleton proves it once (...)

The SUB 300 Aqua Lung US Divers builds a bridge between the past and the future. It is the first time the legendary SUB 300 comes in carbon. After more (...)

The Voutilainen 28Sport wristwatch perfectly encapsulates the philosophy of Kari Voutilainen. Its elegant and strong movement is housed in a stylish and (...)