THE LEGEND IS BACK


TAG Heuer introduces a revamped version of the iconic Autavia. Inspired by its rich heritage and origins in the automobile and aircraft industries, this twenty-first-century model is ready for a life of adventure.

THE LEGEND IS BACK

TAG Heuer introduces a revamped version of the iconic Autavia. Inspired by its rich heritage and origins in the automobile and aircraft industries, this twenty-first-century model is ready for a life of adventure.
F

rom 1933 to 1957, the Autavia was a dashboard instrument used in racing cars and aircraft. The name itself comes from the combination of automobile and aviation. 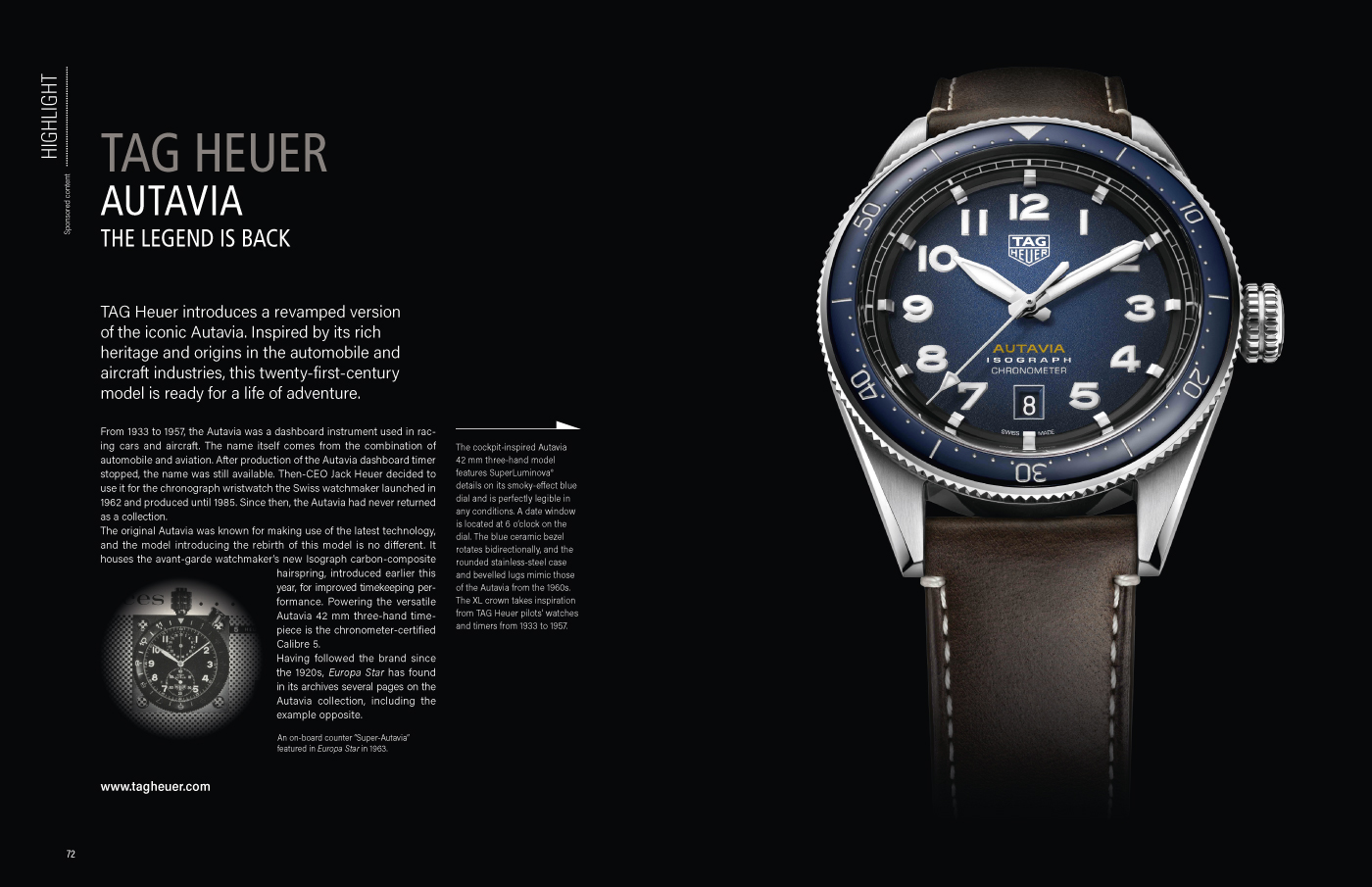 After production of the Autavia dashboard timer stopped, the name was still available. Then-CEO Jack Heuer decided to use it for the chronograph wristwatch the Swiss watchmaker launched in 1962 and produced until 1985. Since then, the Autavia had never returned as a collection.

The original Autavia was known for making use of the latest technology, and the model introducing the rebirth of this model is no different. It houses the avant-garde watchmaker’s new Isograph carbon-composite hairspring, introduced earlier this year, for improved timekeeping performance. Powering the versatile Autavia 42 mm three-hand timepiece is the chronometer-certified Calibre 5.

Having followed the brand since the 1920s, Europa Star has found in its archives several pages on the Autavia collection, including the example below.

An on-board counter “Super-Autavia” featured in Europa Star in 1963.