Swiss brand Code41 has imagined a new category of watch: neither a wristwatch nor a table clock, the Mecascape is an object the size of a mobile phone that offers a contemplative vision of time through a “mechanical landscape”.

Swiss brand Code41 has imagined a new category of watch: neither a wristwatch nor a table clock, the Mecascape is an object the size of a mobile phone that offers a contemplative vision of time through a “mechanical landscape”.
C

ode41 is known for its work around the notion of price transparency and the origin of watch components, as well as its use of digital technology to build a community through episodes recounting the genesis of the brand since its creation. The Swiss brand is now launching a whole new chapter with the presentation of an “unidentified watch object” – or rather an unconventional one: the Mecascape.

“What if we imagined a watch object capable of freeing itself from the limits of our wrist and liberating the mechanical movement? This is the question we started with,” says Claudio D’Amore, the brand’s founder.

The result is an object the size of a mobile phone (106 x 68mm), a “mechanical landscape” (hence the name Mecascape) that is not a watch in the traditional sense of the term: nor is it a wristwatch, a pocket watch, or a clock. The mechanical movement, instead of being cased, is decomposed and stretched over a flat surface.

The mechanical movement, instead of being cased, is decomposed and stretched over a flat surface.

Balance wheel, barrel, escapement: thanks to its original format, each of the component parts is visible in its smallest details. “Everything, from the dimensions to the shape, has been thought out so that the mechanism is at the centre of the show, while allowing the time to be read perfectly,” explains Claudio D’Amore.

With a maximum thickness of 7 mm, the object can easily be slipped into a pocket so that it can be carried at all times. But its horizontal format also allows it to be displayed prominently on a piece of furniture, so that it can be contemplated at one’s leisure.

Like the brand’s other collections, this project will also have a strong community dimension. The development of the Mecascape is taking place in several stages on the brand’s website: a preliminary voting and commenting session took place at the beginning of the year and served to lay the foundations of the project and gather the first impressions of the members.

The Mecascape was very well received, captivating people with its originality and mechanical magic. The constructive comments helped the project to mature. As an example, the oscillating weight originally included in the first version was rightly judged to be irrelevant for an object of this type and was replaced by a second time zone and an increased power reserve of 8 days. More will follow soon!

Like the brand’s other collections, this project will also have a strong community dimension. 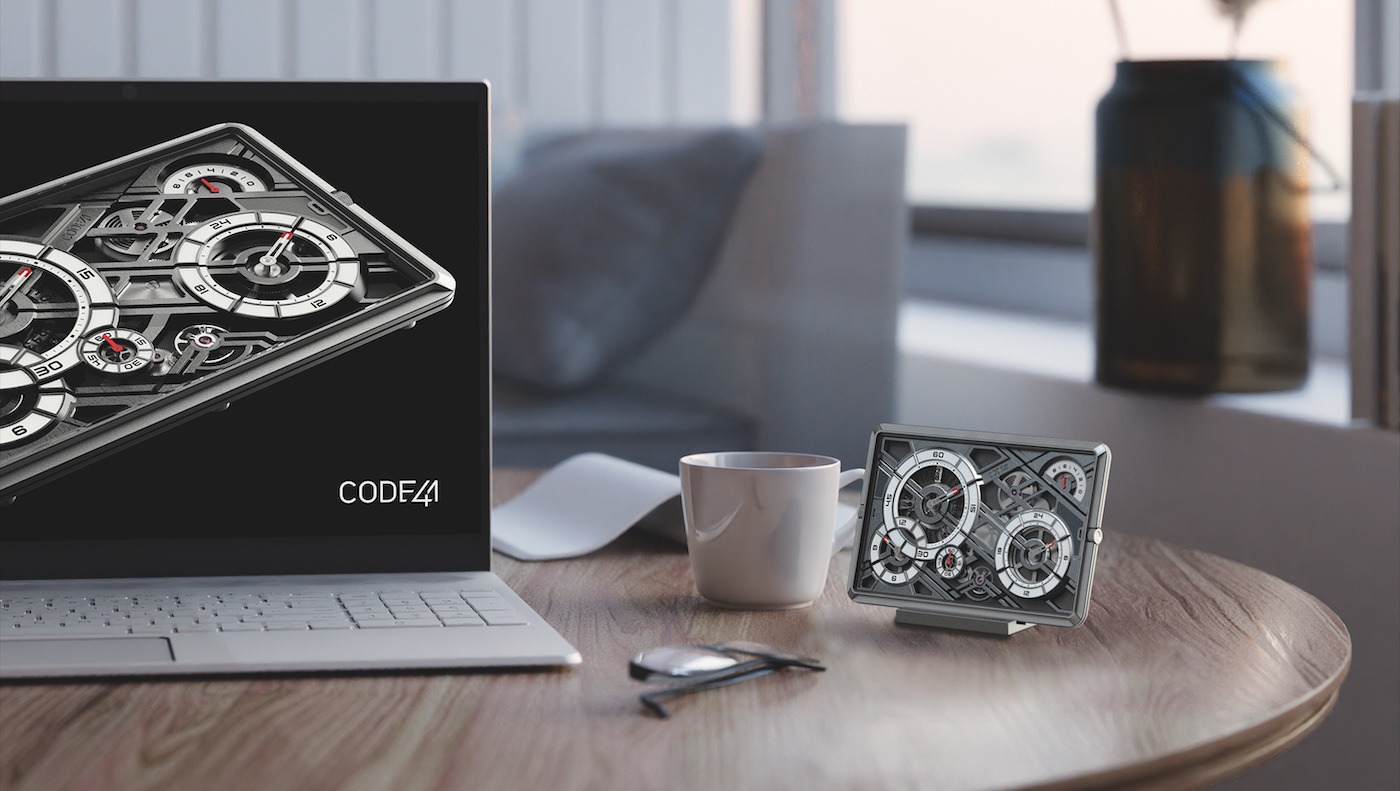