Doxa Army: return of a legend


Following the introduction of the ceramic DOXA Army Watches of Switzerland Edition last April (only 100 made), collectors have been itching to get their hands on the DOXA Army in stainless steel, part of the watchmaker’s unlimited line-up.

Doxa Army: return of a legend

Following the introduction of the ceramic DOXA Army Watches of Switzerland Edition last April (only 100 made), collectors have been itching to get their hands on the DOXA Army in stainless steel, part of the watchmaker’s unlimited line-up.
I

n 1966, the Swiss army began to set up units of professional military divers, trained as true elite troops. By 1969, DOXA SUB watches became the “official watches” of the Swiss Army’s elite diving unit. At that time, about 150 SUB 300T Professional watches were on the wrists of Swiss Army divers.

As part of its military partnership with the Swiss Army, DOXA developed a dedicated tool watch, aptly named “Army”, that was marketed for the first time in 1968. Recognisable by its black case, black bezel with black insert and sand-beige dial, it became one of the brand’s most sought-after vintage timepieces. Half a century after the birth of the DOXA Army and a few months after receiving official recognition from the Swiss Army Divers, via Swiss Federal Councillor Viola Amherd, the brand celebrates its shared history with the elite Swiss Army Divers unit by reissuing this iconic model. 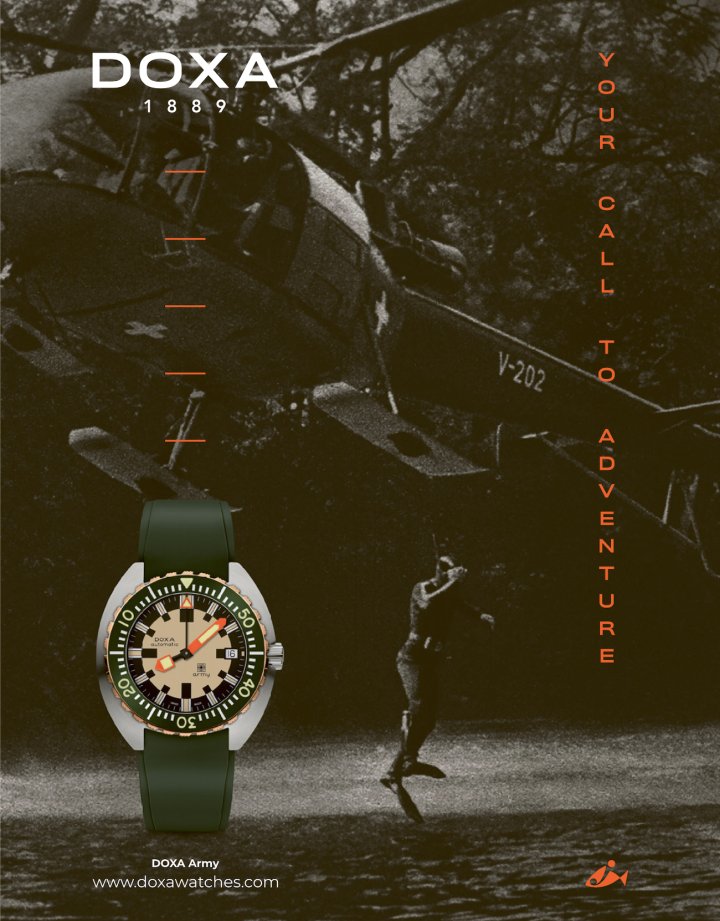 Following the unprecedented success of the limited edition of only 100 pieces in black ceramic created in collaboration with Watches of Switzerland, the brand proudly presents the DOXA Army in stainless steel as a non-limited version, with a sand-beige dial and, for the first time, a choice of bronze or steel bezel with a ceramic insert in hunter green or black, respectively.

The 42.50-millimetre case of the DOXA Army, machined from a block of 316L stainless steel, is topped with a sapphire crystal. The case is resistant to a pressure of 30 ATM. The watch comes with a choice of a stainless steel “grains of rice” bracelet with folding clasp and exclusive “DOXA fish” symbol or an FKM rubber strap in black or hunter green. Included in the box with each DOXA Army is an additional NATO camouflage strap. The special case features the original camouflage pattern of the field uniform worn by the Swiss Army in the 1960s. 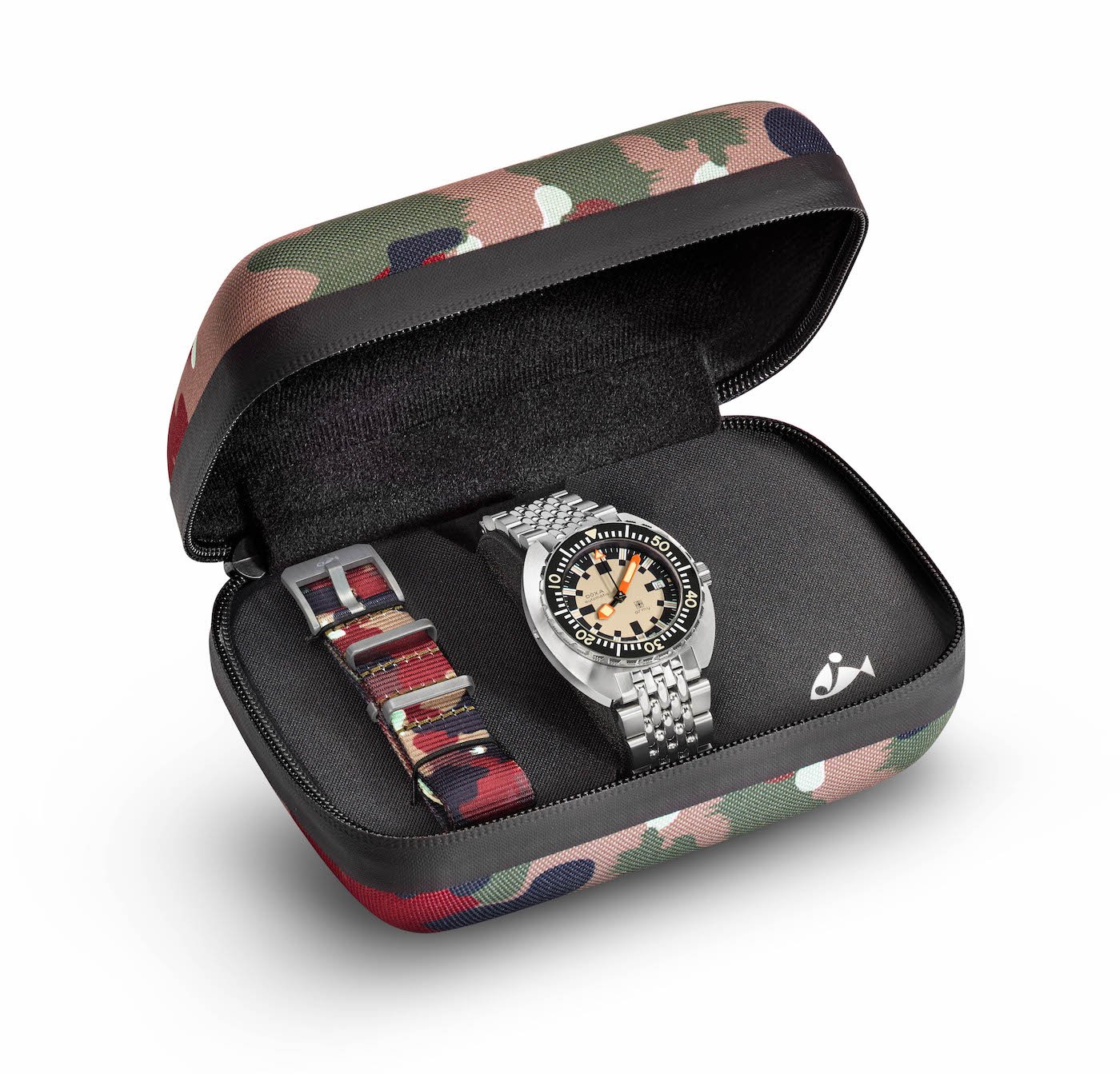