Drawing inspiration from the lavish world inhabited by 1940s leading ladies, the Velvet collection pulls off the seemingly impossible tour de force of retaining the DNA of an essentially masculine brand while creating eminently feminine watches. The collection is intended for the woman who knows what she wants!

Roger Dubuis came to this year’s SIHH with some rather unexpected props – a red carpet, mannequins in long dresses, film projectors – to recreate the atmosphere of Hollywood’s golden age. The forceful and uncompromising brand behind the Excalibur, with its exacting standards of mechanical watchmaking, was softening its edges to pay homage to the fairer sex. Every year the watchmaker chooses a different theme for the SIHH, and in the past we have seen new models from the Squelette, Hommage and Pulsion collections. This year, it was the year of the Diva!

“A rather daring 100% feminine focus, but in the tradition of the strong themes we like to put forward at the SIHH each year,” explains product designer Lionel Favre. The Velvet collection, for women only, was quite naturally in the spotlight, with a palette of very promising new products. Right from its launch in 2012, this line very rapidly became one of the brand’s mainstays, well before the targeted advertising campaign that came out this year. 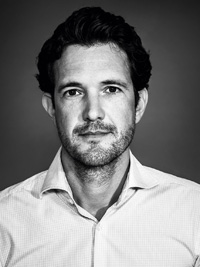 As Lionel Favre explains, the aim from a design standpoint was to create a true jewel on the wrist: “All too often in watchmaking, women’s watches are just scaled-down versions of men’s models. We wanted to create a purely feminine collection. The inspiration was the world of the Hollywood diva: cigarette holders, the femme fatale, red carpets, an entire world upholstered in velvet...” Nevertheless, the greatest challenge would be to successfully translate Roger Dubuis’ particularly trenchant aesthetic into a women’s model. The watchmakers met the challenge in a number of ways. Roger Dubuis’ signature triple lugs are in evidence, but the centre lug has a primarily decorative function. An interesting optical illusion is created in the play between the tonneau shape in the centre of the dial and the round case. The Roman numerals are pulled towards the centre, accentuating the impression of depth. The applied hour markers at 12 o’clock and 6 o’clock are in contrasting gold.

One of the stars of the collection this year was of course the Blossom Velvet, produced in collaboration with a master of grand feu enamel. “The floral motifs that decorate the dial are cut out by laser then joined together in a hand-carved gold grid, which is set against a mother-of-pearl backdrop. Each flower is positioned with a central nail, which also holds the enamel leaves in place,” explains Lionel Favre.

Roger Dubuis has also designed three unique pieces whose stand-out feature is a dial also executed in grand feu enamel. “The Blossom is a tribute to Geneva and its floral heritage, but it is also a reference to 1940s powder compacts, which were often decorated with floral motifs.” 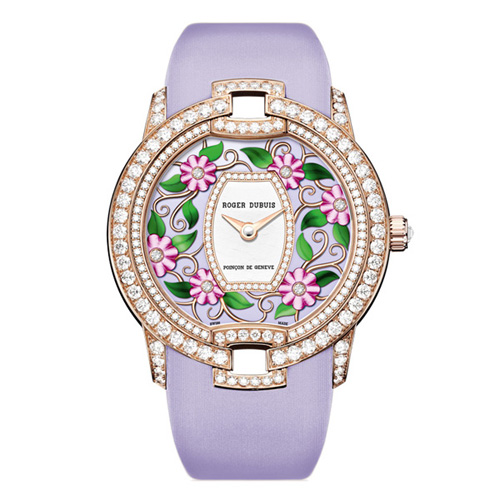 The Black Velvet is a foray into the domain of unusual combinations of materials. For this model, Roger Dubuis has done something completely new: gems are set into carbon by means of titanium claws (just last year the company succeeded in setting gems into rubber). Carbon is omnipresent in this series: the case is made of several layers of carbon producing a wave-like texture. “We didn’t use this material for technical reasons, as many other brands have, but more for its slate-like appearance, its texture and its lightness,” emphasises Lionel Favre. In one model carbon is paired with Paraiba tourmaline, an exceedingly rare stone found in just one mine in Brazil, which has since been closed down because of overexploitation. Paraiba tourmaline is a thousand times rarer than diamond, and six times more expensive. “For the last thirty years there has been a kind of ‘tourmaline rush’. These days we are forced to look for old stock.” Another version is set with diamonds. This is also an interesting juxtaposition, as diamond is in fact crystallised carbon. So the watch is actually made out of carbon, set with carbon! A third version in black spinels also makes the most of the tone-on-tone mood, in this case black-on-black. All three references, each set with 66 stones, are available in a limited edition of 88. The tourmaline model is priced at CHF 59,400, the diamond-set version CHF 39,900 and the spinel-set watch is CHF 34,600. They are all driven by an in-house automatic RD821 movement. 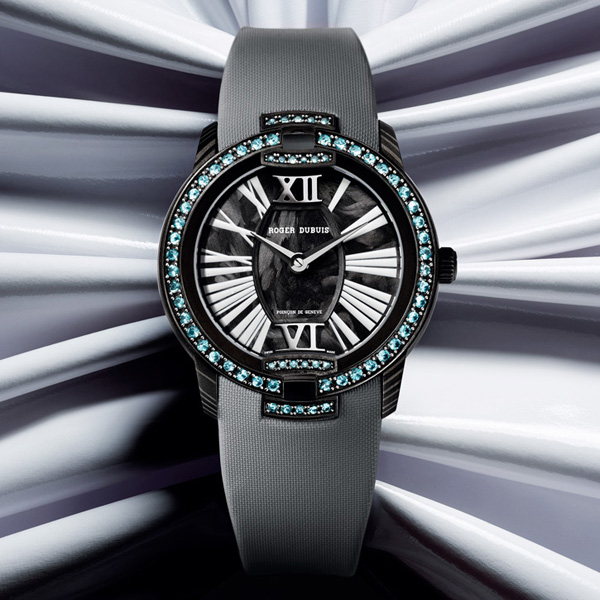 In the same collection, but in decidedly more ‘mechanical’ vein, the Velvet Secret Heart also has a strong identity, with a bi-retrograde jumping date, cascading diamond-set half-bezels, and a third lug that appears to merge with the case. The RD821B movement was designed to perfectly follow the shape of the case. This exceptionally finished model is the first in the Velvet collection to boast a watchmaking complication, although it should be noted that Roger Dubuis has never shied away from producing haute horlogerie pieces for women – here given further legitimacy by the Poinçon de Genève. 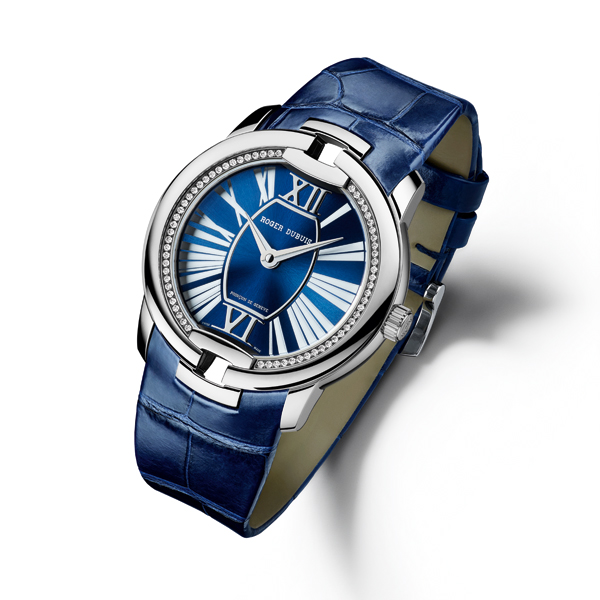 We should also mention the Velvet by Massaro, produced in collaboration with the Parisian shoe designer, who specialises in gilded and pleated leather. “This texture can be found on the strap he designed for us,” notes Lionel Favre. “We then adapted the dial to ensure it went well with the strap, notably by using yellow gold.” This model is an extrapolation of the ideas we first saw last year in the Velvet Haute Couture. 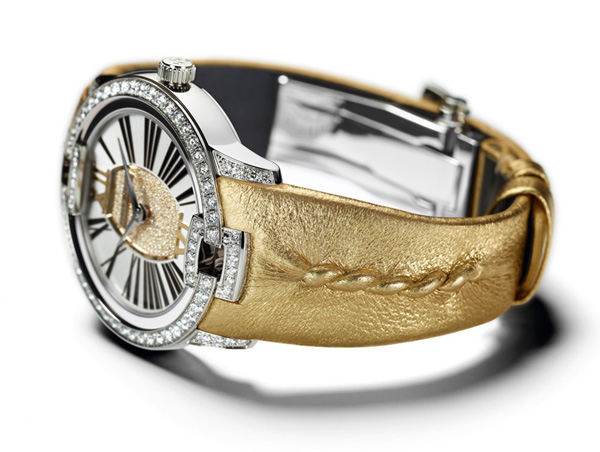 The designer is particularly proud of the Velvet collection: “All the watches in this line have a strong personality. Their complex cases, with the optical illusion created by the round and tonneau-shaped structures, demands a high degree of creativity. These watches have character!” Like their owners, one might almost say. “The Velvet is for women who are very sure of themselves, confident in their tastes and not swayed by brand power. Our strengths are without a doubt the design, but also the fact that we offer genuine mechanical watchmaking for women. We are young and we want to make the most of that. We’re not bowed down by the weight of our history – despite being very mature from a technical point of view!”