URWERK is 20 years old! It was 20 years ago that 22-year-old Felix Baumgartner set foot in New York, where Martin Frei had made his home.

It was vibrant, noisy and thrilling, a giant playground of fantasy and tension. Today they evoke that mix of emotions in their new creation, the UR-105 CT Streamliner. A plunge into a city of different facets, from the top of the highest skyscraper to the depths of the subway. 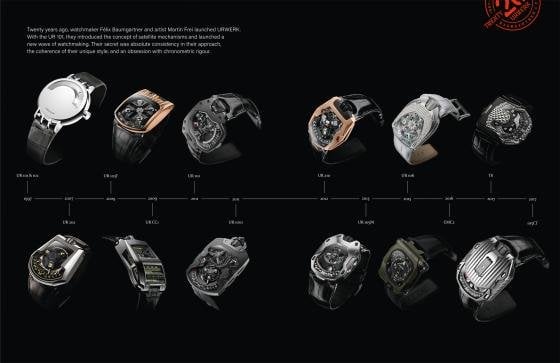 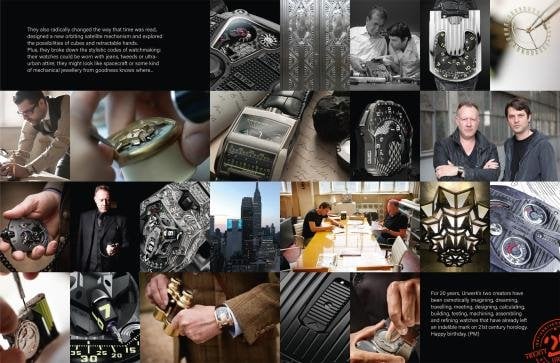 With the UR 101, they introduced the concept of satellite mechanisms and launched a new wave of watchmaking. Their secret was absolute consistency in their approach, the coherence of their unique style, and an obsession with chronometric rigour.

They also radically changed the way that time was read, designed a new orbiting satellite mechanism and explored the possibilities of cubes and retractable hands.Plus, they broke down the stylistic codes of watchmaking: their watches could be worn with jeans, tweeds or ultra-urban attire; they might look like spacecraft or some kind of mechanical jewellery from goodness knows where...