The Internet is scary. Just look at what is happening in the music industry. Last year, sales for CDs and tapes fell 30%. What caused thisı Most would put the blame on Internet users all over the globe who freely and clandestinely share and exchange music files through the world wide web. 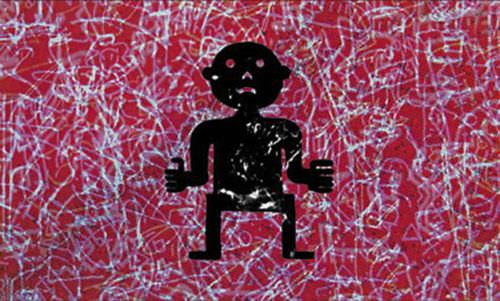 A still from the animated film ‘Rush’ by Claude Luyet and Xavier Robel.


So, OK, you tell me. There is no way to download the latest tourbillon from the Net, or even a copy of it. Yet, as a very detailed study of watch brands on the Internet has shown (see the article in this issue, ‘Watchmaking: Dealing with the Internet’s double face), a large number of Internet users, especially in the United States, are systematically directed to sites other than the one they want when they use certain search engines. A case in point is that when they do a search for ‘Rolex’, about 30% are directed to sites that sell fake Rolexes. And, once at the site, the actual purchasing act is only a click or two away.
On the other hand, while the fears are, in part, justified, the Internet is a sign of profound cultural changes in the world. Up to the present time, to buy something meant that you ‘touched’ it, whether it was an apple, a piece of fabric, a book, a piece of jewellery or, of course, a watch. Today, the purchase act is often carried out by ‘looking’ at the object on a computer screen. It is like looking at a phantom that is somewhere else, not far way, not close by, just somewhere else, somewhere in cyberspace…
After you got past those few anxious moments when you typed in your credit card number for the first time, and found that, in fact, everything worked well, and the watch you ordered arrived in good shape, you breathe a sigh of relief and say, “Well why not do it again!”
Many of the largest collectors, who desire to remain anonymous, have for many years bid on pieces over the telephone at auctions held in cities far away. In a way, this could be considered the beginning of ‘virtual’ buying. An important cultural step had been taken.
Gradually, the traditional space where things are purchased is dematerializing. For a whole generation, who are halfway into cyberspace, this evolution has not been viewed without hesitation. But now there is the new generation, teethed in cyberspace, who began playing with a mouse - not the Mickey kind – since before they even started kindergarten, and who have grown up on the Internet. For them, making their purchases ‘virtually’ is quite a normal thing to do. They consider ‘bricks and mortar’ stores as old-fashioned, obsolete.
Culturally, the Internet responds to another modern phenomenon – the desire to have everything now, at this minute, with no waiting. While we might, for many other reasons, deplore this desire to have everything in a hurry, this false urgency, that has become part and parcel of our civilization, we cannot deny that it is growing.
What does this all mean for watch brandsı It is hard to predict right now. Yet, we can wager that we will soon see brands that are totally ‘virtual.’ There is nothing stopping anyone from creating a watch from a PC by purchasing the parts, having them assembled, then marketing and advertising the product, all from a house in the middle of nowhere.
Without wanting to make the error that the Internet will change everything, we are nonetheless convinced that it will cause many things to change in the way business is carried out, some of which are already occurring.
Attentive to these changes, Europa Star is introducing the new regular ‘WorldWatchWeb’® column on this subject. We want to let you know in great detail what is happening, for better or for worse, examining the false (and real) fears and the genuine (and false) challenges of cyberspace.