[email protected] - Malcolm Lakin: And the ugliest word in the English language is …


[email protected] - Malcolm Lakin: And the ugliest word in the English language is … 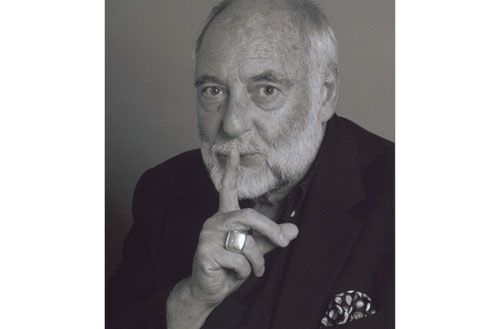 ‘The time has come’ the Walrus said, to talk of many things:
Of shoes – and ships – and sealing wax – and cabbages and kings.’
How many times have I used Lewis Carroll’s quote? Well, I’m afraid the time really has come.
I began Freely Speaking in the spring of 1999. Pierre Maillard, my very patient, understanding and supportive Editor in Chief, asked me to take it over and after at least two seconds of deep contemplation I said yes - if I have total freedom. He agreed, probably assuming that I was going to write something serious, but I had other ideas. I figured that by the time readers had got to the last page of the magazine they really didn’t need someone ranting and raving about technical problems, nor did they want to wade through a philosophical diatribe concerning the latest crisis within the watch industry.
Writing a light-hearted Freely Speaking won me a few new friends, and, almost certainly, lost others who preferred the serious stuff and didn’t appreciate my weird sense of humour. Nevertheless, it has been a particularly rewarding page to write since not only did I enjoy writing it, but also I met and introduced you to all sorts of odd characters such as my old friend and sex-crazed acupuncturist U. Hueng Loe and Leroy Hornblower, the ‘bling’ man from the Big Apple who flashes more ivory than a Steinway piano when he smiles.
Anyway, the time has come for Freely Speaking to go into retirement (“the ugliest word in the language,” Ernest Hemingway) and since I’m its scribe, that means I too am being put out to pasture, or as my father once suggested, put out to stud … but that’s another story.
I’ve got a few projects in mind, like lazing around in the sun in the South of France, taking regular dips in the Mediterranean and relaxing on the beach worrying about all of you people doing an honest days work. Oh yes, this ‘sun of a beach’ has had his mind made up for him, and I know that if I’m ever going to do the things I’ve been promising myself, I have to have time and, as you know, time is why we’re in business.
Hopefully I’ll earn a few pennies here and there because my pension just about pays for Toby’s dog food and my health insurance. Fortunately, my health is fine except I have to admit to having a small problem with my hearing. The other day I was out with two of my retired friends and as we were walking along by the lake, I mentioned that it was a good day for sailing because it was windy. One of them replied, “No it’s Thursday,” and without so much as a pause the other one said, “So am I. Let’s go get a beer!”
Apart from that I’m fine, in fact I went to the doctor for a checkup last week and he was amazed at the great shape I was in. I told him it’s because I play a lot of golf. “Well,“the doctor said,”that’s an excellent exercise, but there has to be a more credible reason than just golf. Old age often runs in families, for example how old was your father when he died?”
“Who said my father’s dead?” I replied.
The doctor seemed surprised. “You mean to say your father’s still alive? How old is he?”
I told him he was 99 years old and that he had played golf with me that morning, which was why, in my humble opinion he was still alive. “That’s really surprising and very interesting, but surely you don’t believe that your father’s and your longevity is entirely due to playing golf. How old was your father’s father when he died?” my doctor then inquired. “Who said my grandfather was dead?”
“What?” the doctor said in a state of shock. “Your father’s 99, so how old is your grandfather?” I told him that he was 120 years old.
“And I suppose he went golfing with you too this morning?”
“No not today. He’s getting married this afternoon.”
“What? Why would a man of 120 want to get married?
“Who said he wanted to?”
So to all of you faithful readers out there, it’s au revoir from Freely Speaking and Hello to … sshh … let’s keep it quiet for now. But don’t worry, journalists never die, they just get de-pressed!
Y’all stay cool now … I’m off to a warmer clime for a while!

P.S. Many thanks to Bédat & Co for the use of this photograph.