I was intrigued by the photos published earlier this year of the ring-watch that was excavated from a four hundred year old Chinese tomb and, needless to say, archaeologists are mystified as to how it got there. Jiang Yanyu, the former curator of the Guangxi Autonomous Region Museum explained, “When we tried to remove the soil wrapped around the coffin, a piece of rock suddenly dropped off and hit the ground with a metallic sound. We picked up the object, and found it was a ring. After removing the covering soil and examining it further, we were shocked to see it was a watch." 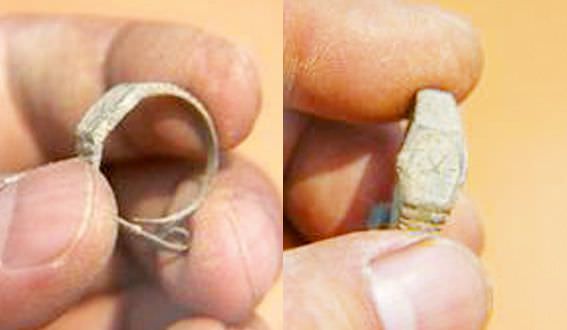 It appears that the watch had stopped at 10.06 and the word ‘Swiss’ was engraved on the caseback, all of which adds to the conundrum since experts claim that the tomb had been undisturbed since its burial during the Ming Dynasty – which ended in 1644. This ties us in neatly to when the Swiss watch industry was coming into its own due to the earlier reforms implemented by Jean Calvin and his mates and when Switzerland was officially recognized as an independent nation (1648) by its neighbours.
Given this mass of useless information, I decided to call my Chinese acupuncturist, U. Hueng Loe, whom I must admit I haven’t seen or spoken to for quite a while. My first call to his home number latched onto his answering machine: “You no speak with me ‘cos I not here. You caw mobile, maybe I asser.”
I called his mobile and was regaled with U singing a discordant Chinese aria until his dulcet tones screamed “I here!”
“Hello U.”
“Heyo you too.”
“It’s me U. Lakin.”
“Oh, you got ploblem or no call. I no speak you.”
“C’mon U. I’ve been travelling a lot.”
“Me too. I in Hong Kong, make lesearch for flying pig feva. Too many chop suey make me ill so stop fo while till no need Pampers.”
“I’m sorry to hear that U. But this is urgent. Do you know anything about the watch that was recently found in a four hundred year old tomb?”
“Shu I know. Big newspapa atticle. I know oligin o’ wash.”
“Oligin o’ wash?”
“Yes oligin. Where it from.”
“Oh, origin, right can you tell me about it then. I’m authorised by
Europa Star to pay you a small fee.”
“How smaw?”
“Well, enough for a MacDo or two.”
“HoKay. Wash made in China fow hundert year ago.”
“C’mon U. That’s not possible.”
“China make washes then, people know is fact.”
“But the word Swiss is on the back of the wash – I mean watch.”
“Swiss is bland name of wash and wash made in China. We make washes befaw you. You inustry in Swisserlan copy Chinese.”
“Now wait a minute U. The Swiss watch and clock industry started in Geneva when reforms implemented by Calvin banned the wearing of jewellery so the goldsmiths turned to making watches. That was way back in fifteen forty something.”
“Ah ha. You know abow Calvin?”
“Of course I know about Calvin.”
“So you know he Chinese.”
“Rubbish. He was …
“He Chinese. He make washes in China an still make washes today. You go to Temple Street Night Market you see all over Calvin washes. They still Chinese.”
“They’re Calvin Klein fakes U. You know that.”
“I know nothing of fake. Calvin is Chinese, washes is Chinese, bland name Swiss is Chinese!”
“Now I don’t want to lose my temper with you U. But …” and with that the line went dead.
I really must try not to lose my temper, it doesn’t do me any good. I mentioned it to my doctor recently thinking he could do something for me. “I don’t know what my problem is doctor, maybe it’s Post-Traumatic Stress Disorder after my years at Europa Star, but I keep losing my temper with people.”
“So tell me about your problem,” the doctor replied.
“I just did, didn’t I, you stupid fool!!!”
Do you know how embarrassing it is to be thrown out of a doctor’s surgery?
Since I can’t enlighten you about the mystery of the Swiss washes, I’ve decided to tell you about three Chinese brothers that doesn’t ring true either. Bu, Chu, and Fu, went to the USA to try and find work. To appear a little more American they decided to change their names: Bu changed his name to Buck. Chu changed his name to Chuck. And Fu got sent back to China.
Well, you’ve got to laugh haven’t you!