It’s summer at last – well it is here in Menton. The Mediterranean is warm and welcoming, jellyfish aren’t a problem this year although some of the beach traders here can leave you feeling badly stung. On the beaches lifeguards survey the local talent instead of the sea and a pretty young lady with an enormous floppy straw hat wanders along selling her wares – in this case pieces of coconut and doughnuts – and hordes of Italians and small groups of English and Germans turn olive brown or lobster red depending on their nationality.

Having ogled the nubile nymphs on their sun-beds, meandering eyes like mine notice what sunbathers are reading: female teenagers are reading people and glamour magazines, male teenagers, if they’re not kicking sand in your face doing some ritual ball juggling, read the sports pages in the newspapers. The elders of the tribes however, either read a hardback or paperback novel or, increasingly, click their way through mobile electronic devices that store digital e-books. From what I’ve observed this summer’s most popular tome is the new Dan Brown novel Inferno, a page-turner that takes its hero around Florence, Venice and Istanbul trying to solve clues from the Hell section of Dante Alighieri’s 14th-century epic poem Divine Comedy in order to save the world from a man-made virus that will cause sterility in humans and therefore put a stop to the world’s over population problem. 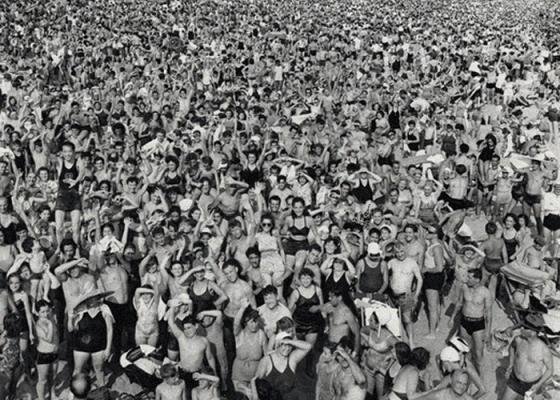 It came as somewhat of a surprise therefore to find on the BBC News website a study entitled 7 billion people and you by the Population Division of the Department of Economic and Social Affairs at the United Nations announcing the world’s population hit the seven billion mark on March 12, 2012 - one billion of whom are to be found in China. It appears that the number of people on Earth has more than doubled in the last 50 years after increasing relatively slowly through history.

Using a mathematical formula based on historical population data and growth rates over time, the UN Population Division has estimated how many people had been alive since 50,000 B.C. Using the formula on the website I entered my date of birth and discovered that I was the 2,269,355,153rd to be born since history began and I am the 74,693,486,408th person to have lived on Earth. And for anyone interested, the Duke and Duchess of Cambridge’s newborn son, George Alexander Louis, is the 83,449,200,000th person to have been born on the planet.

So what does all this have to do with the price of bread I hear you ask? Well, the answer of course is not much, but if you consider the population statistics from the horological point of view, it could prove to be the watch manufacturers’ Holy Grail. More than one billion watches are manufactured annually in the world: 80 per cent are made in China – that’s 800 million; 31 million are made in Switzerland with just a little help from outside suppliers (that’s 3.1 per cent) and around 183 million are made in Japan – which means six billion people didn’t buy a watch last year. Now imagine that all you Swiss marketing and manufacturing specialists got your act together after the summer break and manage to sell watches to 3.1 per cent of the remaining 6 billion … wouldn’t the boys at the top be happy bunnies?

The alternative is the creation of a Dan Brown Inferno-type virus administered into the cistern at Hagia Sophia in Istanbul that will reduce the world population by at least 6 billion and increase Switzerland’s percentage of the world’s watch sales at the same time. You must remind me to give Dan Brown a call.

If all that seems like hard work try this story for size: there are four people named Everybody, Somebody, Anybody and Nobody. There was an important job to be done and Everybody was asked to do it. Anybody could have done it, but Nobody did it. Somebody got angry about that, because it was Everybody’s job. Everybody thought Anybody could do it, but Nobody realized that Everybody wouldn’t do it. Consequently, it wound up that Nobody told Anybody, so Everybody blamed Somebody. Well, you’ve got to laugh haven’t you?