Twenty-three million, two hundred and thirty-seven thousand Swiss francs: that’s the figure on everyone’s lips, the price of the famous Patek Philippe Henry Graves sold by Sotheby’s in Geneva on 11 November 2014. It is the most expensive watch ever sold at auction.

This staggering sum places this work of mechanical craftsmanship, signed and commissioned by Patek Philippe but made over five years by Les Fils de Victorin Piguet, watchmakers from the Vallée de Joux, in the realms of a genuine work of art. By way of comparison, the highest price ever paid for a canvas by the Russian master Wassily Kandinsky was 23 million dollars, and that was in an art market gone mad. 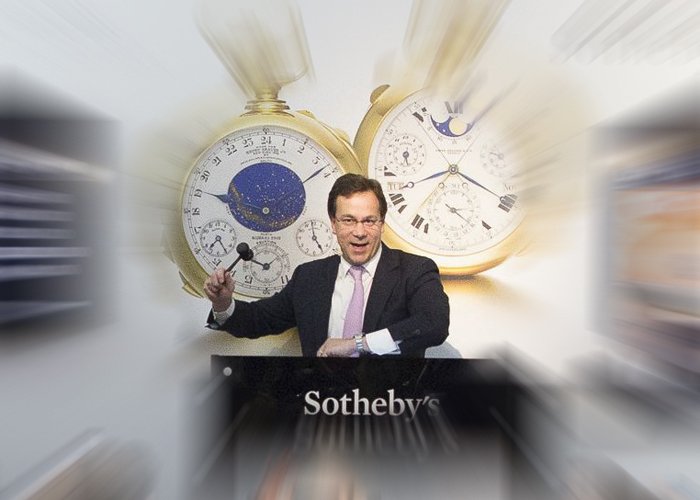 “This is not a watch you can wear. It is a watch that symbolises strength, power and money,” one ‘watch industry expert’ told AFP. Indeed, a price like that, so utterly disconnected from the object’s use value, illustrates perfectly the symbolic power acquired by mechanical watchmaking over the last two decades.

Sold in 1999 for 11 million dollars, a fantastic sum and also a record for the time (the watch had been given an estimate of three to five million), it has more than doubled in price in the space of 15 years. Watchmaking, it could be argued, has always enjoyed a close relationship with money and power – initially this meant royalty and the church. But in the 15th century, the craft was also considered super hi-tech; watches were among the most futuristic objects that could be conceived of. A little like smartwatches today.

This gradual slide from utility to contemplation, from technicality to poetry, is both watchmaking’s good luck, and potentially its downfall.

From our 21st-century standpoint, the technology showcased in the Graves watch, however exceptional, is completely obsolete. In this respect it illustrates perfectly the paradox by which Swiss watchmaking lives and prospers: it produces exceptional objects that are in many respects a technological dead end, whose monetary value is completely divorced from their use value. Telling the time as accurately as possible (or the least inaccurately possible), chiming the hour, displaying the date (provided it is before 2100) or moon phase, even calculating the equation of time, have become ‘gratuitous’ functions, just as a work of art is ‘gratuitous’.This gradual slide from utility to contemplation, from technicality to poetry, is both watchmaking’s good luck, and potentially its downfall. In a world that has fallen prey to directionless frenzy, the tick-tock is reassuring, just like a roaring fire in the hearth (which is also pointless in our overheated houses).

The tick-tock has a human quality; it connects us with a notion of immortality. It tells us, or helps us believe, that not everything has changed, that from generation to generation, some things persist. As Patek Philippe’s advertising so compellingly suggests, in fact... But this symbolic power of watchmaking, this ‘good luck’, is also its limitation.

As we know, symbols don’t last for ever. Not even diamonds: all it takes is a little pure oxygen and a torch, and they can vanish in a puff of vapour.