LEARNING TO DANCE IN THE RAIN


LEARNING TO DANCE IN THE RAIN

When the printing press began to take off in the 1450s, booksellers, who made a living from selling manuscripts – and quite a handsome living at that – were outraged. Their business would be destroyed! Others were worried about the dangerous new possibilities for subversive ideas to be disseminated on a grand scale.

The political establishment immediately sought to control the presses, including by ordering that a copy of every book be deposited in the royal library. The Roman Catholic Church hurriedly drew up its Index of Forbidden Books. And on the back of all this, clandestine workshops and counterfeiters flourished.

Any resemblance to the crisis currently being experienced by the press is purely coincidental. Or is it? Is history cursed to repeat itself eternally, in different guises, under the impulse of similar social and economic mechanisms? Today, print is nearing the end of a glorious cycle, during which it had a very big hand in changing the face of the world, and is now seeing all its fundamental assumptions called into question. Writing remains, but it is in the process of shuffling off its mortal coil of paper and subliming into bits and bytes displayed on thousands upon thousands of portable screens.

For us at Europa Star*, who have devoted ourselves entirely to the watchmaking industry for almost 90 years, the paradigm shift is twofold. The problems facing print media are curiously similar to those now affecting the watch industry.

I’ll paraphrase what I just said about print: “Today, watchmaking is nearing the end of a glorious cycle, during which it had a very big hand in changing the face of the world, and is now seeing all its fundamental assumptions called into question. Telling time remains, but it is in the process of shuffling off its mortal coil – the watch – and subliming into bits and bytes displayed on thousands upon thousands of portable screens.”

Like the booksellers of the 1450s, who were thrown into disarray by the arrival of the printing press, watch retailers today are thrown into disarray by the evaporation of their bricks-and-mortar business. The political establishment, which went into a tailspin over the dissemination of dangerous ideas, is today fretting about corruption and, as in China, inspecting every wrist in search of “subversive” watches (subversively priced, that is).

The fact remains that bookshops still exist today, and they don’t look likely to vanish any time soon. Books won’t die, because humans are material beings with a sense of touch and smell, with feelings and emotions, who would never be satisfied with a world composed entirely of bits and bytes, the ephemeral and immaterial. But books will change. Watchmakers are hoping that, in the best case, watches will share the same fate as books. The watch is not threatened with extinction. It will change, that is certain, and it will probably become more scarce; but with scarcity comes greater weight, greater value.

But if it is to take this route, the watch industry must embrace the inevitable changes, understand where the changes must be made, and manage all this intelligently. We don’t claim to be able to teach watchmakers anything about their business. But we, as “printers”, confronted with a paradigm shift in the press, will make the most of our 90 years as an independent voice to explore new avenues, create new partnerships, build new bridges and examine new possibilities, both material and virtual.

We trust you will join us in our new adventure, that you will consider our adventure your own, and that you will agree with the Roman philosopher Seneca when he said: “Life is not about waiting for the storm to pass, it’s about learning to dance in the rain.” We feel this makes a very apt motto in the current climate. Dear watchmakers, dear readers, dear friends: come and join us on 18 January 2017. A new chapter is about to be written. For us, for you, and for watchmaking.

*The publishing house now known as Europa Star HBM SA was founded in 1927 by Hugo Buchser, grandfather of Philippe and Pierre Maillard and great-grandfather of Serge Maillard, who is now our company’s CEO. 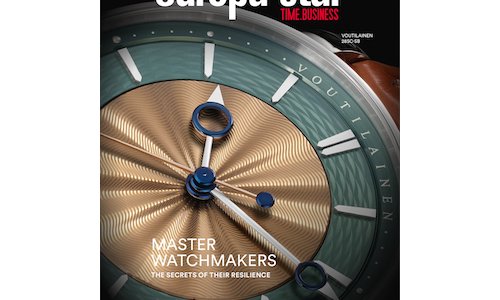 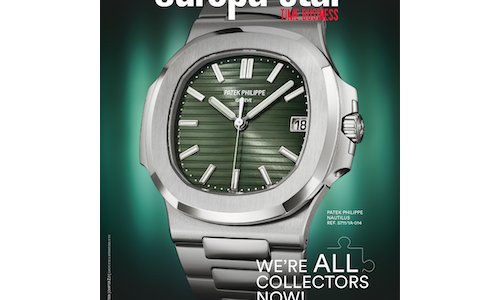 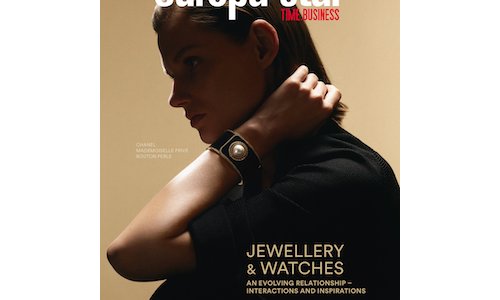 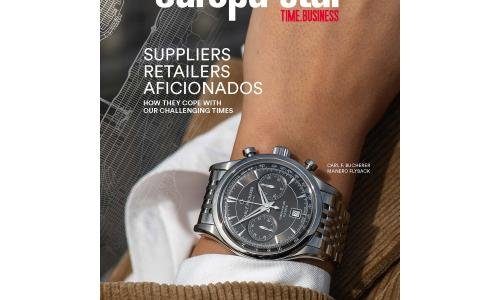