[email protected] - Connected watches: breaking records or is it wind?


[email protected] - Connected watches: breaking records or is it wind?

On September 21, 2015 the world of Dick Tracy and James Bond became reality: the Apple Watch was born.

Apple announced at the time of the launch that there were already more than 3500 apps customised for its watch, including connections to all the social media networks like Facebook, Twitter and Tweetings - which makes it really practical if you have the heart rate monitor app since your Facebook account can automatically update your profile when you die. Neat. On my travels I’ve seen many an Apple Watch acolyte’s arm at eye or mouth level reading or talking to their wrist, oblivious to their surroundings of on-coming traffic and fellow pedestrians, and I’ve often heard the accompanying torrents of expletives as their Gucci-clad feet slither in a pile of dogs’ mess.

Because of the Apple Watch’s unique shape it is instantly recognisable and from time to time, when I felt that the wearer was approachable, I’ve asked what they think of the watch and which of the apps they have. Inevitably I get the list of those that are pre-installed plus the dozens of free ones that they’ve downloaded since its purchase. But when I ask the sixty-four thousand dollar question - which apps do you use regularly - the wearer usually mentions at best only four or five.

What I find bizarre is that everything the Apple Watch does the iPhone does, which means you are not only duplicating everything, but also you’re obliged to have the telephone for the watch to function. So why have both?

As somebody acknowledged recently, ‘the Apple Watch finally allows users to destroy two devices when they reach into the toilet to retrieve their iPhone.’

A doctor I visited in Menton had an Apple Watch and when I didn’t have a thermometer in my mouth and between some painful tweaks, I asked him if he used any of the medically inspired apps. The answer was a surprising “Non Monsieur” adding that he bought it because he liked the Micky Mouse feature on the dial. 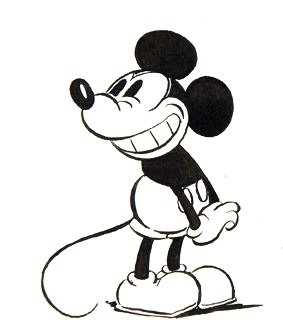 A doctor I visited in Menton had an Apple Watch and when I didn’t have a thermometer in my mouth and between some painful tweaks, I asked him if he used any of the medically inspired apps. The answer was a surprising “Non Monsieur” adding that he bought it because he liked the Micky Mouse feature on the dial.

On the other hand, on a recent flight in a Boeing 747 from Houston to London, the flight’s Consumer Service Manager, Lee Peter, informed me he uses the Apple Watch professionally for take-off and landing times and GMT functions, plus the app that informs him how many kilometres he walks during any given flight. At last, a working watch.

I like the idea that the Apple Watch is water-resistant to fifty metres. Apart from the obvious, it’s practical if you’re drowning or when a shark starts circling around whilst you’re scuba diving, since you can ‘phone someone for help. And if you have the appropriate watch bracelet you can even take a selfie alongside a grinning dolphin.

Trawling the Internet I discovered a few weird and wonderful apps for connected watches. There is one that sends lonely users regular messages from a digital girlfriend named Mina. It’s called ‘Honey It’s Me!, and has around 100 recorded messages from a sexy-voiced lady saying ‘It’s time for breakfast,’ ’Are you still sleeping?’ and ‘Good night, sweet dreams,’ all for $1.99. And if that doesn’t appeal to you there’s an app for dog lovers that includes a dog whistle.

It may be heresy, but I’m from the old school of watch wearers. I like to look at my wrist to instantly see the time, appreciating the joys of wearing a mechanical marvel that took hundreds of hours to create and produce and has more working parts than the average motor car. I’m sorry, but my opinion of the current downward trend for connected watches actually brightens my day.

Some years ago, Dave Allen, an Irish comedian, performed a monologue on teaching a child how to read the time. It started something like this:

“Because it’s important. How will you know when it’s time to go to school if you can’t read the time?”

“Mummy would tell me.”

“What if mummy wasn’t there?”

“Then you’d tell me the time.”

“Suppose neither of was here?”

But that’s all over now because connected watches are so complex and dependent on an accompanying telephone. However, help is available nearby in an Apple Store since they offer users free workshops on how to use their watch.

Now the best for last, and I kid you not: the most puerile app yet created and designed to cause you problems on your first date or in the hushed ambience of the theatre: it offers a selection of ear-shattering farts. Well you’ve got to laugh haven’t you.