STRENGTHENING THE BASE OF THE PYRAMID


STRENGTHENING THE BASE OF THE PYRAMID

High on the intoxicating returns from its ascent to the dizzying heights of luxury, the Swiss watch industry has now fallen back to earth. And it’s asking itself whether it went too far. All eyes are now redirected downwards, towards the mid-range hitherto regarded with barely concealed condescension. Without anything to hold it up, the top of the pyramid can’t sustain itself. If you’re going to build high, you need a solid foundation. And in order for the base of the pyramid to be sturdy, it must be as broad as possible. In other words: without volume, there can be no exclusivity. 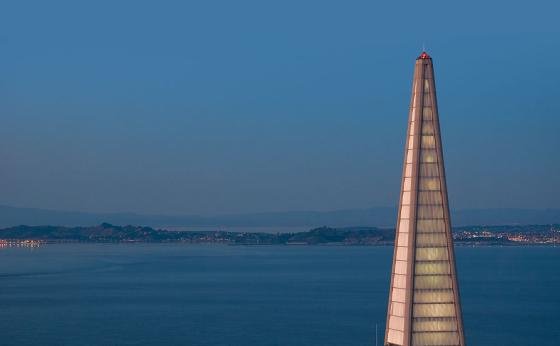 The role of providing volume – a volume of quality, that underpins the strength and permanence of the entire edifice – has fallen to what we have come to call, for want of a better term, the “mid-range”. No one likes this term. Some prefer to speak of “accessible luxury”, which is an oxymoron since, if it’s accessible, it’s not really luxury. Having said that, there is no single “mid-range” but several “mid-ranges”, because the accessibility of a given product is relative, depending on where you live, in a developed economy or an emerging one. Similarly, there is no one middle class – there are several, and their destinies are very different.

While the Chinese middle classes continue to expand – they already represent one-third of the world’s middle classes – the Western middle classes are in decline. A recent article by Bloomberg was entitled: “Middle-Class Angst Is Depressing Swiss Watch Sales”. But a careful reading reveals that the examples cited were all about high-end watches priced at $5,000 and over, not the mid-range, which is generally defined as sitting between $500 and $3,000. The economic pressures weighing on the middle classes, the fact that salaries are stagnating, concern about the future is rising, jobs are being replaced by robots, Europe is dealing with Brexit, the USA is dealing with an unpredictable Trump, China is dealing with anti-corruption and anti-extravagance campaigns – all this has changed the game, and it has altered the aspirations of the “middle class” which, as Bloomberg points out, “has decided that, after not getting a pay rise for many years, there are better things to spend money on than Swiss wrist jewelry.” But that is precisely where the “mid-range” has a very strong card to play, by responding to the real aspirations of the middle classes. In their state of disillusionment, they no longer aspire to a higher social status (which is what that pricey watch was intended to advertise), but they still want something that is handsome, solid, reliable and timeless.

It’s time for the mid-range to have its day. In this issue we devote a substantial Dossier to the subject: Don’t Forget the Middle Class.