Italy a market in slow recovery


Italy a market in slow recovery 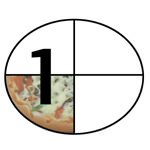 In looking at the latest national watch data available (covering 2003, with particular reference to the first eight months, compiled by Sothis Editrice, Rome), which are confirmed by the most recent statistics from the Federation of the Swiss Watch Industry (FH) covering the first six months of 2004, it seems that watch purchases in the Italian market are in a state of general recovery. Even if this recovery is slow, it seems to be progressing at a steady rate.
More specifically, the low cost watch product seems to have definitively lost ground, yet, on the other hand, we are now witnessing a definite growth pattern both in fashion watches and in the haut de gamme sector. The latter comprises mainly complicated timekeepers or other specialized products from ‘manufactures’. These products are once again becoming veritable objects of desire, showing that they can represent the style, tastes and personality of the individuals who put them on their wrist.
Italy’s national data for 2003 indicate an overall decrease in watch sales (as is unfortunately the case for the world in general, but, according to an old Italian proverb, “some consolation can be found when the suffering is shared by others”).
In terms of actual pieces sold, the decrease was of the order of 8.4% in 2003 for a total of 4,766,000 watches. In 2002 and 2001 declines in sales were 5.2% and 6.6%, respectively.
However, the drop in the quantity of watches sold comes at a time when the market is paradoxically seeing improvement in terms of value. The year 2003 saw the value of watches purchased in Italy increase by 3% over the preceding year, for a relative turnover of 1.070 million euros. On the other hand, 2002 itself saw a decline in value terms by 4.6% compared to 2001. (To find other positive numbers, we have to return to the years before 2000.)
The 2003 data show that, in Italy, less watches were purchased but the overall prices and apparently the quality were higher. With the current value of watch imports worth 338.3 million Swiss francs for the first six months of 2004, Italy is the fourth largest importer of watches from Switzerland, behind the USA, Hong Kong and Japan. The Bel Paese is also the largest single importer of Swiss timepieces in Europe, ahead of France, Great Britain and Germany.
This positive position is one factor that leads us to believe that the Italian market considers the watch as less of a simple instrument to measure time but rather as a fashion accessory (for branded articles) or as an investment and a precious companion (in the haut de gamme sector).
The Italy of 2004 is a ‘mature’ market where the acquisition of a watch is not considered a necessity but rather as a part of a desire to satisfy other deeper and well defined needs. In this context, the economic crisis has above all affected the purchasing power (and aspirations) of the middle class. It has affected to a lesser degree the ‘upper class’ (the luxury sector) and the ‘capricious’ purchaser (tied to the world of fashion). While today Italy can count some 140,000 euro millionaires and two million people who earn more than 60,000 euros net each year, it seems obvious that the haut de gamme watch sector is the one best suited to confront the crisis, which in Italy, at least, seems to be passing.
More precisely, the available data indicates that sales of watches priced below 100 euros are in net decline, while those between 100 and 250 euros are only in slight decline. However, for pieces priced between 250 and 500 euros, increases in sales were noted, with the category of 500 to 1250 euros showing even higher rises. Above 1250 euros, sales were definitely the highest.
If we accept the theory that the Italian market is ‘mature’ then it seems clear that sales of luxury and fashion watches were decisive in counteracting the losses in the other watch segments. As the market matures, it is also apparent that what counts the most are the qualitative values and the emotional aspects of the product. In this sense, Italy, as always, is a market leader in predicting future evolutions of the global marketplace.