Gevril - The Best of Old and New


The history of the Gevril family goes back to the 1500s and that solid foundation of heritage is being built on for the future by today’s brand.

Gevril - The Best of Old and New

The history of the Gevril family goes back to the 1500s and that solid foundation of heritage is being built on for the future by today’s brand.

After working in and around watches for many years, Samuel Friedmann wanted to distribute a watch brand in the US. After meeting with many brands, he realized that representing a brand that he didn't own was going to be problematic, so he decided that he had to have his own watch brand. Problem was, he didn't want to start up a new watch brand and try to enter the market. A new watch brand is always a risky proposition â€“ he wanted a watch brand with a history, a tradition, a heritage that he could draw from when creating new timepieces. So, he started looking and he found Gevril. To Friedmann, the Gevril name represented the ideal combination of history and future potential. 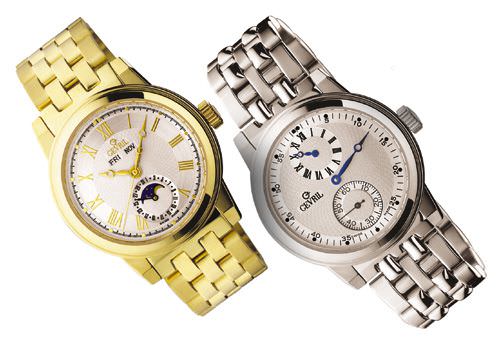 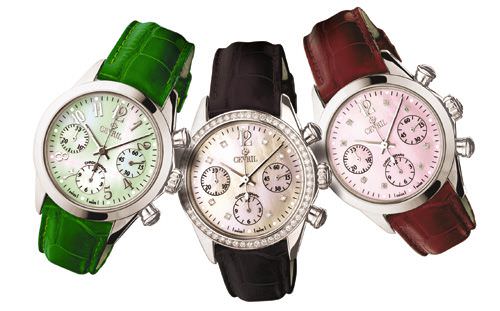 Ancient History of Gevril
The company's namesake, Jacques Gevril was born in La Chaux-de-Fonds in 1721. In 1743, he created his first chronometer; in 1744, his first repetition dial and in 1758, he was one of the first Swiss exporters to the king of Spain, together with Pierre Jaquet-Droz, and he became the watchmaker for the king. “Today, the name of Gevril can be found in many museums and history books and many people acknowledge that he had a strong influence on watchmaking,” says Friedmann. “There is even a street in Geneva called Rue Gevril. The history of the family of Gevril goes back to the 1500s and there were several watchmakers in the family. The truth is that we are still discovering the past.”
Having that connection to the past is important to Friedmann so that there is a heritage from which the modern day Gevril can refer to and there is a subconscious recognition of the legacy of the Gevril name. Certainly, many people will not immediately know Gevril, but the history of the company gives the name weight and perfectly matches Friedmann's philosophy on the brand and its future â€“ Gevril is here for the long term. Unlike many fashion brands that jump in, make a great deal of money with timely watches that capture a temporary interest from consumers, there is tradition to Gevril and that solid foundation of heritage is being built on for the future.
“We are trying to maintain to a certain degree some heritage from the foundation,” Friedmann explains. “We found a watch in a museum in Geneva from Daniel Gevril and as a result we found that the dial we are using today is very similar to that watch. Even the previous watches used these kinds of dials. I didn't want to go away from the old style dials, even when I made the new collections. I wanted to make sure that the new watches have something in common with past watches. I want to go closer to the past, because I feel that this will be our success, using today's technology with the core being from the historical foundation.”

Modern History of Gevril
Friedmann introduced Gevril at probably the worst possible time, just before September 11, 2001, but he persevered through the tough retail markets. Not willing to give up, or even to wait because he knew he had something special to share with the market, Friedmann soldiered on, working extra hard despite the obstacles, and today Gevril is making great headway. “We started marketing right before September 11, and it was really hard to penetrate the US market,” Friedmann remembers. “People didn't want to look at old things and I came with something new, which needed some hard work to get out there. Over my last four years, I have really worked very hard to get to where we are. Now, worldwide, people in the business have heard about the brand Gevril.”

The Products of Gevril
Gevril's products, made in the brand's factory in Tramelan, Switzerland, are an interesting mix of old and new. The designs have a taste of tradition and what has come before, but there are new twists and special design elements that really distinguish the brand. In addition, the attention to detail and focus on quality is immediately apparent.
“The Avenue of America is really the product that makes us stand out,” Friedmann says. “It's a case design from the 1920s that we found in some old books in a small factory in Switzerland. We use a round mechanical movement and we added an innovation in the pushers - the pushers are straight not round. We used a bevelled dial with raised numbers, then we hand paint the numbers. If you bevel a dial and you apply the numbers, after two or three years the numbers might fall off.
”We use a new mechanism with the day /date/moon, it has four different pushers to change the moon and the date,“he adds.”The sapphire crystal on the front and back is bevelled. We were careful about the way the watch lays on the wrist, because the most important detail is when the consumer wears the watch. I care that the customer is proud to wear Gevril."
The newest watch for Gevril is the Serenade, a dual time zone watch that features a patented movement with a 23 carat gold rotor, and a very interesting way of indicating night or day in the different time zones. The watch has two time zone windows that gracefully change from white for day to black for night, allowing the wearer to keep track of days and nights in two time zones without effort. The Serenade is available in 18 carat rose gold, 18 carat white gold or platinum.
“We call it the Serenade because it takes twenty or thirty minutes to change over from day to night, much the same way that the sun goes down and the night comes up,” Friedmann explains. “The watch brings together day and night. We feel very proud of this watch, which is limited to 50 pieces worldwide.”
The US market is the strongest market for Gevril, since the brand is headquartered and was launched there, but the rest of the world is starting to catch up. The strongest markets after the US are the Middle East, followed by France and Italy.

The Future of Gevril
Gevril's future is in innovation and being different from everything else out there. The brand is now established enough that people have heard of it, are impressed by the offering and are ready to be wowed.
“Gevril is going towards more uniqueness, more complicated movements and really special watches,” Friedmann says. “Someone who buys a Gevril wants to buy something unique, something that isn't over distributed. My strongest point is to build my existing retailers, my existing points of sale, and not so much expand. I feel that it is much more important to have a smaller but stronger retailer base, and give my retailers a large enough margin so they can be successful. It's very important that every store we have gives us the attention we deserve.”
Samuel Friedmann is living out his dream of having his own brand with a history and a heritage. “For Gevril, a watch is not a timepiece, it is something more abstract,” he says. “I believe a watch has to fit the person's style. The watch has a face, and just like people, every watch's face is different. The watch you wear reflects the person inside you.”
Thanks to Samuel Friedmann's hard work and tireless effort, Gevril has made it through tough times and is finally getting its day in the sun. Gevril is becoming an established brand, known for its styles that blend the classic with the modern, resulting in unique watches with a difference. 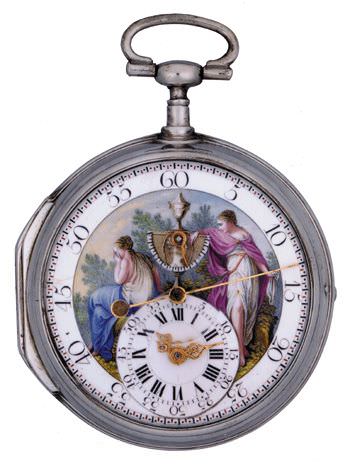