Urban Jürgensen: the first detent escapement made for a wristwatch


Urban Jürgensen: the first detent escapement made for a wristwatch

Among all of the so-called ‘free’ escapements, the detent escapement, which appeared during the 18th century, is considered one of the Grails of chronometric precision. Historically, the role of the detent escapement in the search for chronometry is more important even than that played by the tourbillon. Yet, we find it mostly in marine chronometers, where it is mounted on gimbals since one of its major weak points, or more precisely its primary weak point, is its great sensitivity to shocks. This is undoubtedly one of the reasons why this historical escapement had been confined to marine chronometers until now.
And now, a new version of the detent escapement has been designed specifically for a wristwatch: the Chronometer UJS08, by Urban Jürgensen & Søhner.

...and a problem to overcome
The team working on the Urban Jürgensen project is composed of Jean-François Mojon (owner of Chronode SA, and also author of the Opus X), who designed the movement’s technical project, and Kari Voutilainen, who is in charge of its assembly and finishing. They overcame the problem of shocks, or more precisely they solved it, by designing a limiting plate that would permit—as its name implies—limiting, to the maximum possible, all movement of the detent that would be caused by a shock. (This special plate is part of the worldwide patent for this timepiece.) The very small detent itself was also designed in a very equilibrated way in order to make it less sensitive to shocks. This shock resistance was duly tested as Chronofiable, having been subjected to 20,000 shocks during two weeks.
Designed from scratch, the basic movement of the USJ08, featuring 3 Hz (21,600 vibrations per hour), has two barrels in series that provide a power reserve of 100 hours (indicated by a differential system, also patented), thus giving this escapement an even further advantage. The large variable-inertia balance is equipped with a free balance spring. The profile of the escape wheel teeth has also been optimized in order to reduce the friction even more thanks to a greater rigidity and reduced inertia. Compared to 300 other COSC-certified movements, the USJ08 demonstrates an operational stability that has been improved by 40 per cent. In pure chronometric terms, the performance ranges from +/- 1 second while the average COSC-certified watches range from 0 / + 6 seconds. 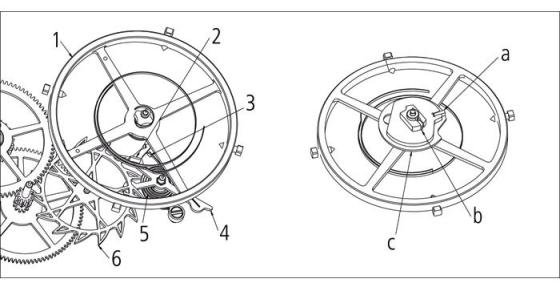 The dream team
The initiative to adapt the detent escapement to a wristwatch came from the late Peter Baumberger, who, until his death in 2010, presided over the destiny of the historic Urban Jürgensen brand, a pioneer in chronometry and the detent escapement. Wanting to revive the spirit of Jürgensen, Peter Baumberger—whom Kari Voutilainen likes to describe as a man of extremely high standards with an ‘exceptional eye’—launched his ‘crazy’ project a few years ago. He was unfortunately, however, not able to see his work completed. After his passing, the company was taken over by his friend Helmutt Crott, an avid collector and an organ-izer of auctions. He continued Baumberger’s project, bringing in Kari Voutilainen and Jean-François Mojon, along with some specialists: Roland Tille for dials (former director of Stern dials, acquired by Patek Philippe) and Jean-Pierre Ackmann, a case manufacturer for 40 years.
This world first is thus placed in a case and under a dial exhibiting the highest form of classicism, realized with talent, finesse, and subtlety. And, Kari Voutilainen, of course, brings the superlative finishing to the movement that it deserves. The first pre-series of 80 pieces has been produced, of which 50 are equipped with a detent escapement (in a gold case, its price ranges from 52,000 to 55,000 CHF). The other 30 have the classic Swiss lever escapement and sell for 22,000 CHF. The difference in price between these two types of escapements is not explained only by the innovative technology, but also by the process of fabrication that is, for the moment, highly artisanal for the detent escapement.
Kari Voutilainen maintains that theoretically he could produce approximately a hundred or so pieces per month. But starting now, Jean-François Mojon is working on a list of strict specifications, including an in-depth reflection on the mounting and assembly, in view of its eventual industrialization. Helmutt Crott also does not preclude the possibility of perhaps making this original escapement available to third parties within a year or so. Discussions are already underway “with large Swiss brands”. This is definitely an adventure to follow closely. 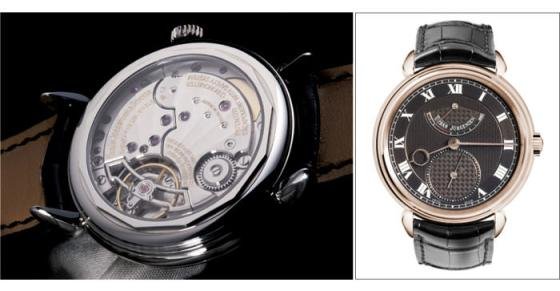