With a touch of humour, Shinji Hattori, the great-grandson of the founder of Seiko, Kintaro Hattori, and current chairman and CEO of the Japanese watchmaker, says that he thought for a moment that “BaselWorld must have been thinking about the 100th anniversary of Seiko’s first mechanical wristwatch (the company was established in 1881) and Japan when they chose 2013 as the year to inaugurate the new exhibition centre.” We may question this but the fact remains that Seiko will welcome its guests in an imposing new pavilion on this anniversary, one which offers “enough space to present the brand’s full collection”. A collection that is marked in this anniversary year by a range of new products commemorating this jubilee but at the same time looking towards the future. 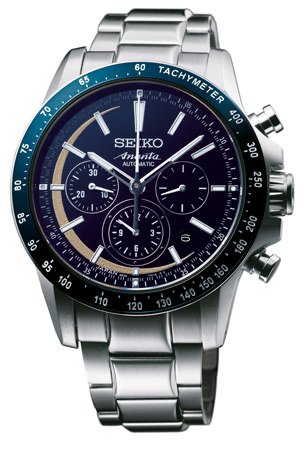 We will come back to all the new products later, because it is impossible to cover them all within the scope of this article. But let us look at a series of highlights that illustrate the extent of the big Japanese firm’s know-how. As we might expect, the anniversary models represent the top of the pyramid. One particularly fine example is the beautiful Ananta ’100th Anniversary’ Chronograph. A limited series of 300, this new chronograph in the Ananta collection, whose design codes are very Japanese, takes its shape from the helmet of one of the most famous Samurai, Masamune Date, who lived in the 17th century. A diplomat, a traveller but also a formidable and pitiless warrior, his helmet, which has remained famous, had a crescent-shaped blade like a waxing moon on top. The crescent shape is also found on the dial of the Ananta Chronograph, which is in a blue of a rare and profound richness. The dial is hand made by Isshu Tamura, a renowned craftsman specialised in the kaga makie style of lacquer. The ensemble evokes a night sky on which the crescent moon, also in lacquer, is delicately shining. The Ananta Chronograph is driven by the 8R28 calibre, a self-winding column-wheel chronograph with a vertical clutch fitted with Seiko’s exclusive three-pointed hammer system, which guarantees perfect synchronisation of the flyback hands. 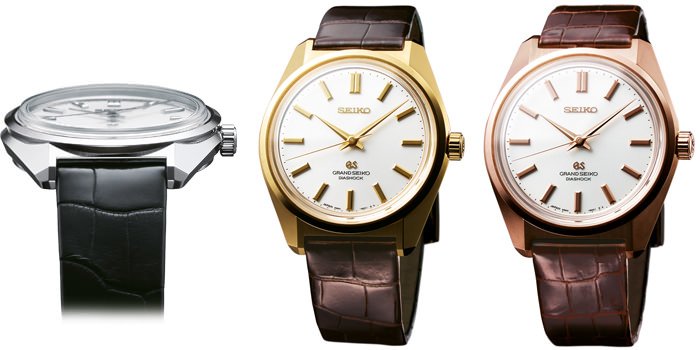 Seiko has also redesigned one of its great classics for the anniversary, the 44GS in the Grand Seiko collection. Born in 1967, this simple watch in appearance-hours, minutes and central seconds-was the first to be produced in accordance with Seiko’s “design grammar”, which was thought up by a young designer in the early 1960s. The aim of this “grammar” was to favour precision, durability and legibility while at the same time reflecting the “serenity, subtlety and delicacy” that are the aesthetic cornerstones of Japanese culture. Light, and its numerous different grades, play a crucial role in this culture, which is why particular care is taken with polishing the case, in order to create quite distinct edges and perfectly smooth surfaces to take full effect of the plays of light. This new version of the 44GS, which is available in white, yellow or rose gold, houses the excellent manually-wound calibre 9S64, which operates at 28,800 vibrations per hour and has 72 hours power reserve. 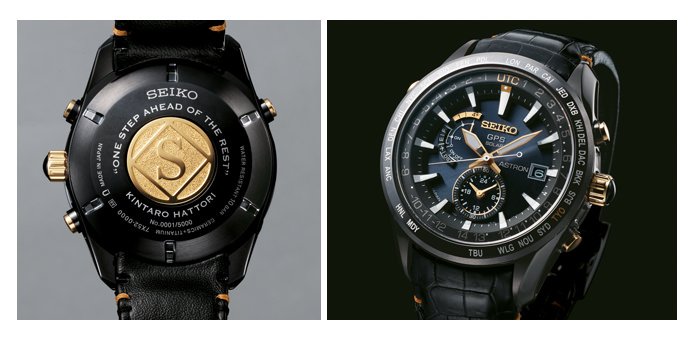 Another new model associated with the anniversary is the Astron Kintaro Hattori Special Limited Edition. It takes the name of the brand’s founder because it seems to perfectly respect one of his preferred adages: “One step ahead of the rest”. It is a variant of the Astron GPS Solar, launched in 2012, which displays the local time anywhere in the world with a precision of one second in 100,000 years without ever needing to replace the battery. This special edition, which is limited to 5,000 pieces, is the first in the brand’s history to use the name of the founder. Its case is in titanium with a black treatment, its crown bears an onyx cabochon and it comes with a titanium bracelet or crocodile skin strap.