Solar power has been part of Citizen’s history for decades. In the early 1990s, with the development of amorphous silicon solar cells (which can be deposited in thin layers), it became possible to fit a solar panel beneath the dial, paving the way for new functions and aesthetics. The solar-powered Eco-Drive 7878 calibre, launched in 1995, was the pioneer in this new technology. Since then, dozens of models launched by the brand have used the Eco-Drive technology. Chronographs, split-seconds chronographs and divers’ watches have all been awarded the Eco-Drive label. 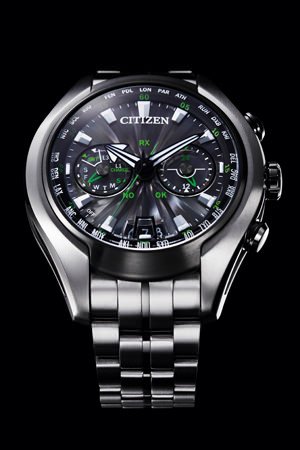 Since 2009 Citizen has been producing Eco-Drive concept models to demonstrate its technological expertise and to show off new functions. The Eco-Drive Satellite Wave was presented in this line in 2011, the first radio-controlled watch in the world that took its signals from GPS satellites, which gave the exact time anywhere on Earth.

This year the state-of-the-art technology is used in two new models, which, far from remaining concepts, will be launched worldwide from autumn 2013. One of these is the Satellite Wave-Air model, which pushes the technology even further. In addition to the satellite reception system, the Satellite Wave-Air displays the time in 26 time zones and has a perpetual calendar. With its imposing 49.5mm titanium case it sports a striking design with aerodynamic curves. 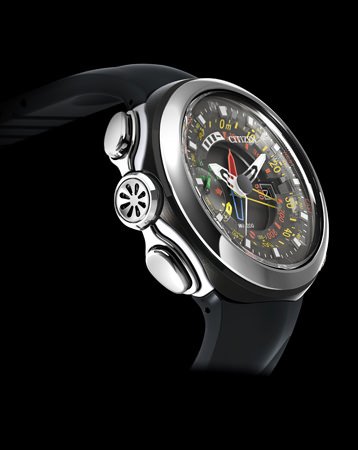 The new Eco-Drive Altichron Cirrus also takes centre stage. Inspired by a watch that was first presented in 1989, the Altichron-Cirrus is, as its name suggests, fitted with an atimeter that can measure any altitude between -300 metres and +10,000 metres. A genuine wrist instrument, it allows precise measurement of depths and altitudes and also has an electronic compass. Slotted into the Promaster collection, which is aimed at sport and adventure lovers, it is presented in an even more imposing titanium case that measures 51.5mm in diameter.