The promise of the world’s first pocket watch with an atomic time source comes not from Switzerland or even Japan but from the heart of the United Kingdom, where the London-based Hoptroff brand is set to present the first protoypes of its No. 10 watch at the SalonQP watch exhibition in November. 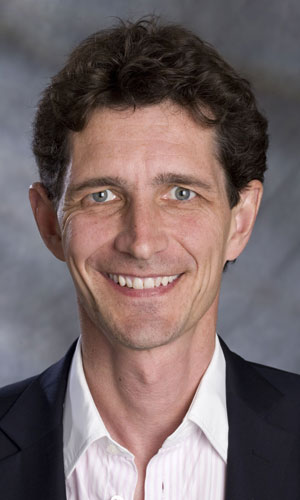 Hoptroff’s central London location was actually instrumental in shaping the idea for this timepiece, as Richard Hoptroff, the company’s Managing Director, explained to Europa Star: “Since we are a producer of quartz movements, we use a high-frequency oscillator that uses a GPS signal. But it can be difficult to get a GPS signal in central London. When I was visiting the Greenwich Observatory one day I noticed a Hewlett Packard atomic clock and wondered if I could buy something similar online. I couldn’t. But instead I discovered the Symmetricon chip and after three days I realised that I should really be putting it into a pocket watch.” 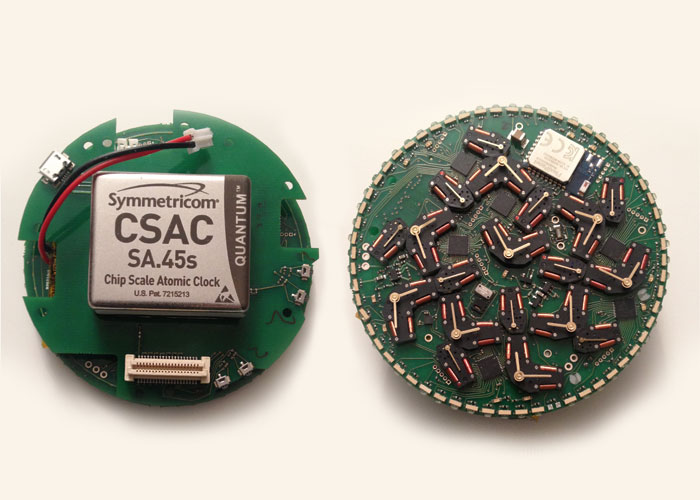 The CSAC at the heart of the Hoptroff No.10 pocket watch

The chip in question is the SA.45s chip-scale atomic clock (CSAC). It is part of the first family of miniature-scale atomic clocks for use in GPS receivers, backpack radios or unmanned vehicles. Although the chip is indeed small, at 40mm x 34.75mm it is already almost the size of an average wristwatch, which means that the pocket watch that Hoptroff is touting is on the large size, measuring 82mm in diameter. In addition to its claim to be the world’s most accurate watch, the Hoptroff No. 10 (so named because it is the tenth movement developed by the company) will also be the first watch to have a gold case produced by 3D printing. Hoptroff has not yet calculated the amount of gold that will be needed for the case (the first prototype was finished just as Europa Star went to press) but expects this to be worth “at least a few thousand pounds”. This, together with the tremendous amount of research and development that has gone into the product (Mr Hoptroff cites the tidal harmonics for 3,000 different coastal ports that are stored in the watch as one example), mean that its final retail price will be around £50,000. 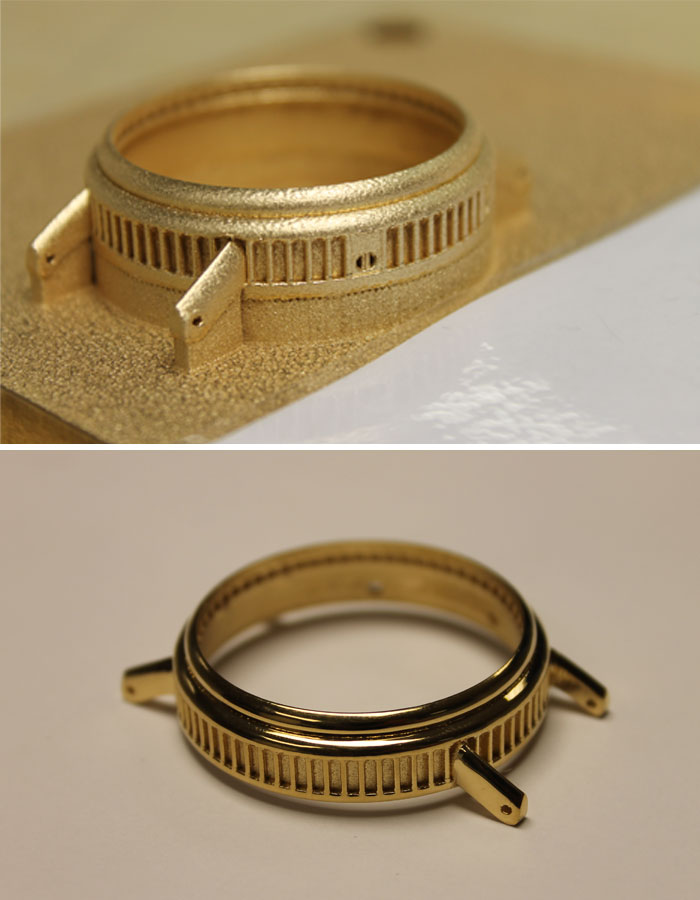 The gold case of the No. 10 as it emerges from the 3D printer and after polishing.

With this high price tag comes admission to an exclusive club whose members will have to sign an agreement confirming that they will not take out the CSAC and use it in weaponry. “This is part of our agreement with our supplier,” explains Mr Hoptroff, “since the CSAC was originally developed for use in missile-guidance systems.” With this small concession, however, owners can be sure that they have a watch whose accuracy is unbeatable. The CSAC contains a temperature-controlled oven, inside which there is a caesium gas chamber. The caesium atoms are excited by a laser and the transitions between two energy levels of the caesium-133 atom are measured by a microwave resonator. Since 9,192,631,770 such transitions of the caesium atom have stood as the International System of Units reference for one second since 1967, it is impossible to be technically more accurate than a caesium-based clock. Even so, advances in new optical clocks using an aluminium ion that oscillates at ultraviolet light frequencies (which are 100,000 times higher than the microwave frequencies used in caesium clocks) could eventually offer 100 times better accuracy. For a more down-to-earth, real-world comparison, Hoptroff’s No.10 pocket watch offers an accuracy of 0.0015 seconds per year, which is over 2.4 million times better than the COSC chronometer requirements.

The lucky owners of a Hoptroff No. 10 will get much more than a highly-accurate watch, though. It is also a pocket navigation device that can determine longitude to within one nautical mile even after years at sea with the help of just a humble sextant. Hoptroff promises a twin-dial configuration, although the design of one of the dials is still a secret. The other presents a bewildering array of subdials that display no less than 28 different complications, covering every possible time and date indication, as well as a compass, thermometer, hygrometer, barometer, latitude and longitude displays and tide forecasts, not to mention a handful of important indicators that allow the wearer to check that all is well inside the pocket atomic oven. 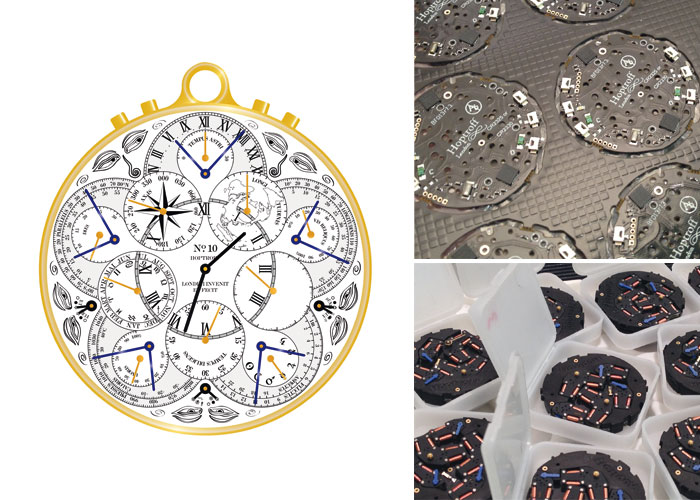 A prototype of the No. 10’s complicated dial

Hoptroff has a number of other products in the pipeline, including an electronic tribute to George Daniels’s famously complicated Space Traveller watch. These are currently being reworked prior to launch in order to integrate the exciting possibilities offered by Bluetooth technology, such as storing ownership information on board (as an anti-theft device) and allowing complications such as moon phases to be set automatically.

The No. 10 watch is scheduled for delivery some time next year, but the company is now looking for suitable retail part-ners. “We would try to sell online, but it’s a luxury item, so people need to touch it. Relationships with retailers are therefore inevitable and we are now at the point where we are ready to start discussions,” concludes Mr Hoptroff. 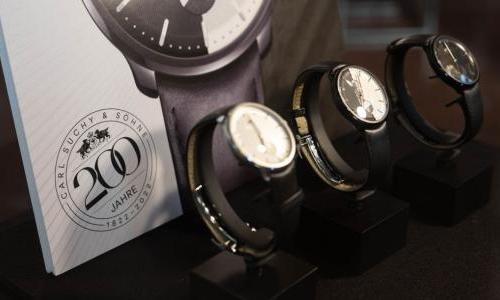 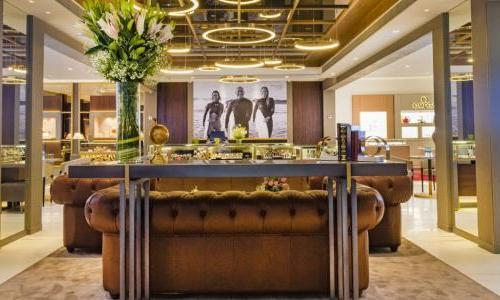