The Isle of Man, located in the Irish Sea mid-way between England, Scotland and Ireland, is perhaps most famous for its TT motorcycle race and its role as an offshore finance centre. But the small island is also a hub for global industries ranging from e-commerce to space technologies. It has also become the centre of excellence in British watchmaking as home to the workshops first of Dr. George Daniels, and now of his erstwhile apprentice Roger W. Smith.

Roger W. Smith is tasked with perpetuating the “Daniels method” of watchmaking, which requires complete mastery of the 32 different skills required to design and manufacture a watch from start to finish. It took him 12 years, including three and a half working under Daniels, to learn all the skills required for this. Mastering the two machines used for engine-turning dials in silver, the rose engine and the straight-line engine, was just one of these.

“It took me a long time, several months in fact, to get used to the machines,” Smith told Europa Star. “They have little foibles and it’s only when you become proficient with them that you understand them. For the basket-weave pattern, for example, just remembering the different adjustments to the machine was very difficult. Then you have to learn to exert just the right amount of pressure. I’m still learning…” 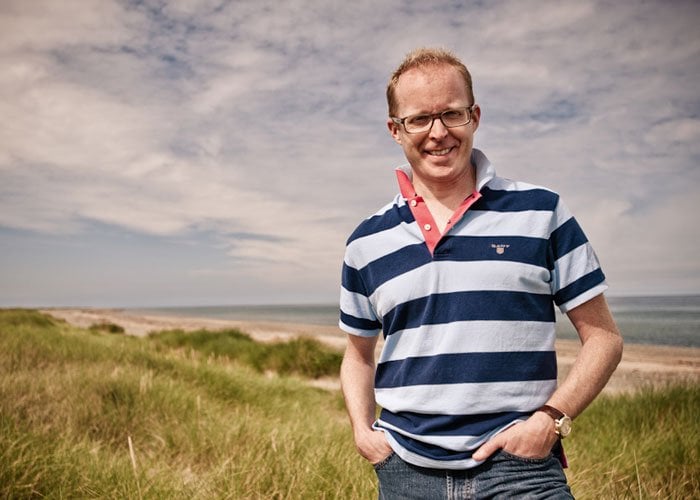 Engine turning just one panel of a dial can take anywhere between one and a half and six hours, with the entire dial for the Series 2 watch taking two weeks to produce from start to finish. It is little surprise, therefore, that even with a team of six watchmakers, including an engineer who manufactures the components, Roger W. Smith struggles to produce more than 12 watches per year.

But the few lucky owners of a Roger W. Smith timepiece have the assurance of owning something that is as close as possible to what the watchmaker calls “skills-based” horological perfection. Every aspect of Smith’s work is driven by a continuous quest for perfection: “George always said to me that there was no point in venturing down this route unless it was to improve,” he explains.

One example of this is that Smith has developed his own way of making dials. “George Daniels taught me how to engine-turn a complete dial from a single piece of silver,” he says, “but when we were working on the Millennium watch, where the recessed seconds are cut out of one piece, as is traditional with pocket watches, I noticed that it was difficult to scale this down. So I wanted to develop a new way of making them to compete with the quality of stamped pieces and ended up using many different pieces of silver and gold.” 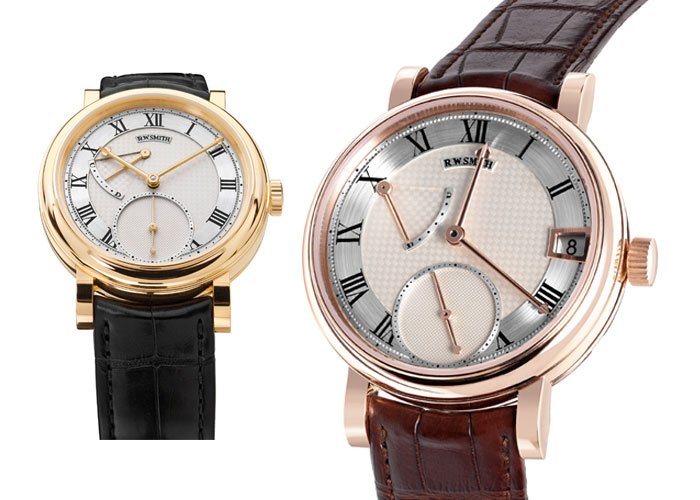 The skill of engine turning was already a dying art at the time when George Daniels decided to teach himself how to do it. “He did it because there were engine turners around at the time he started making watches but none who could reach the levels of quality he was looking for,” says Smith. Half a century later, the master watchmaker’s apprentice is the only one in the land who possesses the skill. “I don’t know of anyone else in the United Kingdom who can do it,” he confirms.

This quest for horological perfection also comes from a desire to produce a timeless object that will long outlive its first owner. This becomes clear when the subject of customer service is raised with Roger W. Smith, who stresses that one of the advantages of an engine-turned dial is that, providing that there is no major damage to it (for example if it is bent or if the pattern is damaged), its lacquer and the ink of its numerals can be stripped back and restored “after 40 or 50 years”.

Similar concerns dissuade Smith from using some of the high-tech materials currently found in the watches of certain high-end brands. “My worry about new materials is that they will be superseded and I want my watches to last 100 years or more,” he explains. This has not stopped him tinkering even with George Daniels’s revolutionary co-axial escapement, which he admits is fiendishly difficult to make in his workshop environment. “I’ve been fitting co-axial escapements since 2006. It is a very demanding thing to make because of its precision. I noticed that it was hard to achieve the accuracy we were aiming for because it was difficult to achieve a perfect concentricity of the teeth on the two escape wheels (which are on the same arbour). So I had the idea to create a single wheel with two sets of teeth and we are seeing improvements in timekeeping as a result.”

The next step? The Series 3, which is currently nearing the end of its design phase before production of the first prototype is started, which should be ready by the middle of next year. Add a fourth unique commission into the mix, which needs to be ready by Christmas, and it’s clear that there is plenty to be getting on with at the Roger W. Smith studio.

1990 –1992 No. 1 handmade pocket watch, fitted with a one minute tourbillon and detent escapement.

1997 – 2001 No. 3 handmade pocket watch, fitted with a 15 second remontoir, Peto cross detent escapement and an up and down mechanism.

1998 – 2001 Work on the Daniels Millennium series of 50 watches with Dr. George Daniels using the first Omega movements off the production line.

2004 Launch of the Series 2 concept – the first high end, skill-based, production wristwatch to have been designed and made in its entirety in the British Isles.

2010 The launch of the Series 2, Open Dial wristwatch

2010 Roger Smith’s collaboration with Dr. George Daniels on the co-axial Anniversary wrist watch to celebrate since the invention of the co-axial escapement. The very first production Daniels wristwatch to have been designed and made in its entirety within the shores of the Isle of Man – a limited edition of 35 pieces.

2011 Awarded the British Horological Institute’s Barrett silver medal for his “dedication to continuing the finest traditions of English watchmaking”.

2012 Following the passing of Dr. George Daniels in October 2011 the iconic Daniels, Riversdale workshop was incorporated into the Roger W. Smith Studio with his personal wish that Roger should continue the fine art of the handmade watch.

2012 Development work begins on the Series 3