PRE-BASEL - RESSENCE, recapturing the essence of a watch


PRE-BASEL - RESSENCE, recapturing the essence of a watch

With the continuous flow of new movements and complications in high-end watchmaking, it’s easy to forget that the main function of a watch is to tell the time. Belgian brand Ressence puts this back at the heart of watch design.

It is largely thanks to the BaselWorld Palace, the unassuming marquee that becomes the temporary home to some of the brightest minds in independent watchmaking during BaselWorld, that Belgian industrial designer Benoît Mintiens managed to get his brand Ressence off the ground after several years of trying to find partners and suppliers at the show. 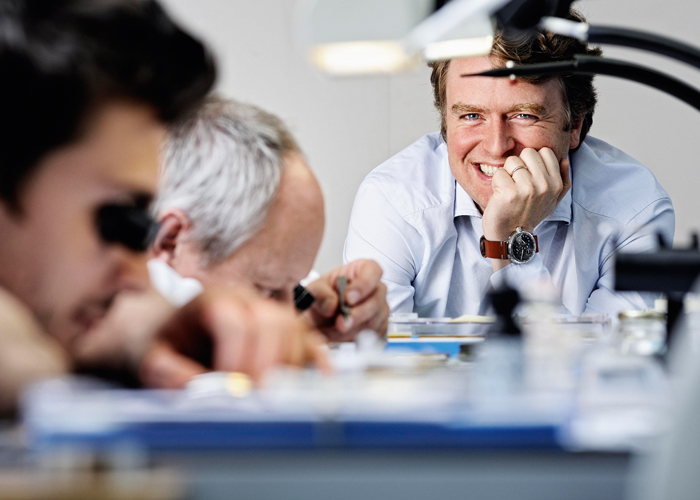 “I’m not a watch freak but as an industrial designer I find the watch a very interesting product because it is very rich, it has a lot of dimensions.” Benoît Mintiens

Like many successful watch concepts, that of Ressence (the name is a contraction of the French expression “renaissance de l’essentiel”, literally the rebirth of the essential) starts with a simple precept: to concentrate more on the display of time itself and less on the way that it is achieved. “I’m not a watch freak but as an industrial designer I find the watch a very interesting product because it is very rich, it has a lot of dimensions,” says Benoît Mintiens. “One of these is the technical side, where you can do what a lot of brands do and buy a movement, add some hands and it’s finished. But you can also go much further and that was one aspect that interested me a lot. Then there is the aesthetics, the brand, which requires its own identity, the sociological aspect (what type of person is going to wear the watch) and ergonomics… Few other products are so varied and so interesting from a design point of view.”

Before Ressence came into being, Mr Mintiens had already been visiting the BaselWorld show since 2006 and had already worked on a watch design project as a sideline. He admits to a certain naivety in thinking that BaselWorld would be the place to find suppliers, especially in the years before 2008 when the watch industry was doing very well. “I was disappointed in the levels of creativity that I saw, but I hadn’t yet seen the Palace,” he says. “I had done the typical tourist thing of visiting the main halls, but I hadn’t seen the smaller exhibitors. Then in 2009 I absolutely wanted to see an Urwerk in the flesh and somebody told me that they were in the Palace. And there I found young, savvy people who were not all watchmakers but who had an aesthetic vision of things and were living in the real world. And they were doing it on their own, without the backing of a big group. That was a revelation for me and when I returned to Belgium I decided that was what I wanted to do, too. And the following year I arrived with my prototypes.” 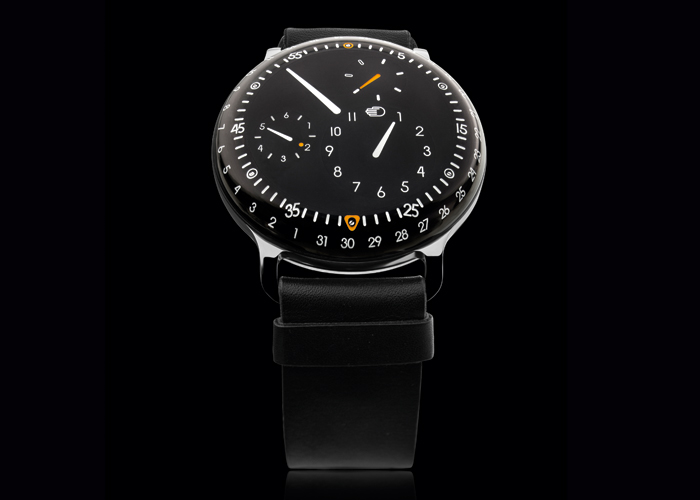 The Type 3 model by Ressence, a limited edition of 50 pieces costing €35,000, that offers this visual feast deservedly scooped the new Revelation prize at the 2013 Geneva Watchmaking Grand Prix.

These prototypes were produced with the help of aerospace companies in the Antwerp region of Belgium where Ressence is based, with some DIY touches from Mr Mintiens himself, like sewing needles inserted into syringes for the arbours. Things have since evolved a lot, with all components apart from the crystal and the strap now produced in Switzerland and the watches assembled by Centagora with a base movement that is an ETA 2824-2 calibre modified by Sellita for Ressence. “It’s modified because I take the drive from the minutes,” explains Mintiens, “so the movement is actually quite rudimentary because there is no date and everything on the display is calculated based on the minutes. It really is a genuine tractor that just drives the watch.” Astonishingly, there is no physical connection between the movement and the rotating, handless dial, which are separated by a titanium membrane. Because of this the independent time module, which consists of a grade 5 titanium plate with three eccentric biaxial satellites and a shock-absorbing system, can be immersed entirely in a liquid similar to naphtha, which has an index of refraction closer to that of sapphire crystal than air does and thus eliminates any impression of depth on the dial, making it look as though the indications are being projected magically on to the glass. 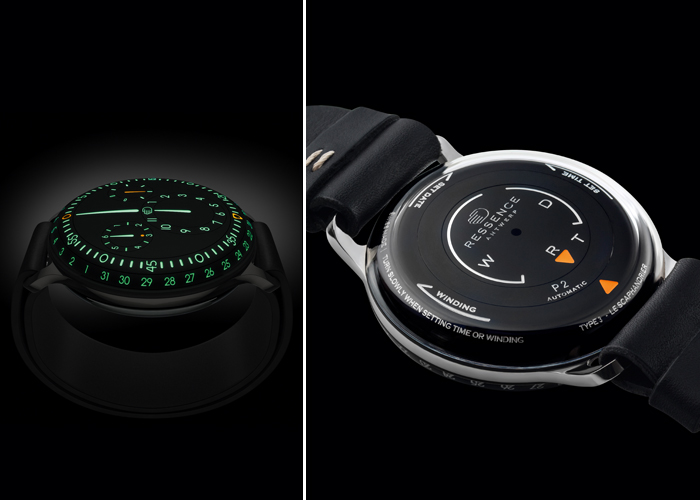 The Type 3 model, a limited edition of 50 pieces costing €35,000, that offers this visual feast deservedly scooped the new Revelation prize at the 2013 Geneva Watchmaking Grand Prix. It has been particularly well received in the USA, which is just one of a surprising number of markets on which Ressence is present, given its relatively small size (the brand has a retail presence in most major European markets, North and South America and Asia, with Japan being the company’s biggest market).

Ressence will present the next evolution of its signature design, the Type 1, at BaselWorld 2014. The model numbers refer to the price segment of the watch, rather than the order in which they are produced, so the Type 1 will retail for around €16,000, less than half the price of the Type 3. It will essentially be a successor model to the SeriesOne, the first collection produced by Ressence in a limited series of 150 pieces that is now sold out. “It will have the same diameter but it will have a domed three-dimensional display that will look 20 per cent flatter,” explains Mr Mintiens, “it will not have a crown [editor’s note: the SeriesOne had a crown] and will be produced in nickel silver rather than aluminium.”

All this has been achieved largely by Benoît Mintiens working on his own, with a little help from his brother on the many supplier contracts he has. The main objective for 2014 is to start reaping the rewards from the investment and hard work of the past few years. “Hopefully this time next year I will have a small team, or at least someone alongside me who I can rely on,” he concludes.