Girard-Perregaux iconoclastically proposes a new vision of its historic tourbillon with three bridges. In a quite radical break from the usually very classic aesthetic of the venerable manufacture from La Chaux-de-Fonds, this Neo-Tourbillon under Three Bridges highlights a significant change. A new chapter begins.

Directly inspired by contemporary architecture, with everything done to use the volume to show the three-dimensionality of the dial in the best possible way, opened up to give them an airy look, cut out of titanium, sand blasted and black PVD coated, these three avant-garde bridges totally renew the brand’s design vocabulary. 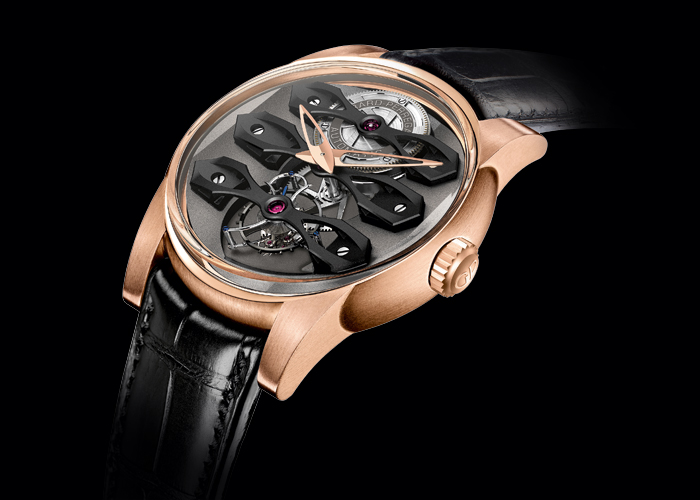 Neo-Tourbillon under Three Bridges by Girard-Perregaux

“For two years, we have been trying to develop the message expressed by the brand,” explains Xavier Markl, Marketing Director. “Girard-Perregaux ranks high among the great Swiss watchmaking brands and that is where the brand’s DNA is. But we want to inject more modernism into the products, showing off their technical nature as well – as we have done and will continue to do with the Constant Escapement – breathing more dynamism into them. Our slogan summarises this state of mind: ‘Mechanics of time since 1791’.”

If the idea was to “wake up people’s spirits a little” then the operation has been a complete success and this Neo-Tourbillon under Three Bridges is going to be talked about. Fixed on two vertical supports that are linked to the mainplate, positioned at a slight declivity to highlight the impression of depth even more, these three neo bridges fill the large width of this 45mm case. This space is highlighted yet further by the absence of a bezel in favour of a veritable dome of glass, a “glass box” that is set flush with the case middle in rose gold, thus allowing a side view of the movement’s architecture. 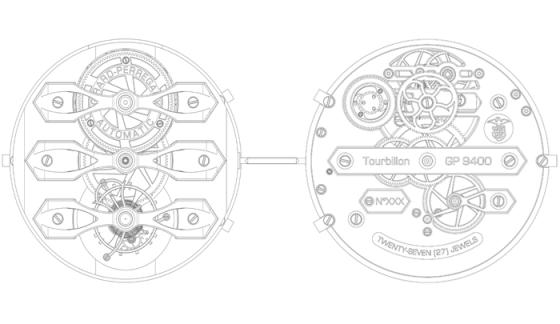 Beneath the bridges beats a tourbillon with a large 14.44mm cage in titanium and the traditional lyre shape used by the manufacture. The balance wheel, which has been specially blackened, has gold adjusting screws. It is powered by the new calibre GP9400-0001, operating at 3Hz, which is modular and bigger than the preceding calibres but uses the traditional arrangement of previous tourbillons with three bridges. The micro-rotor that provides the power supply has been placed directly underneath the barrel rather than at the edge, as it had been in the past. The power reserve has been increased to 72 hours by the use of a larger barrel drum whose teeth have been replaced by a wheel mounted above. Impressive, with coherent aesthetics and finished in accordance with the rules of high-end watchmaking, this Neo-Tourbillon sets off on a new – and no doubt promising – aesthetic avenue for the venerable company.