For the past four years, Glashütte Original has been an official sponsor of the Berlinale, the major film festival held annually in Berlin, Germany. “We are a German brand, and the Berlinale is an iconic German film festival event,” says Yann Gamard, Managing Director, Glashütte Original. “It’s the biggest public film festival in the world. We use the Berlinale as a platform to better present our brand. We have a lounge here, the actors, the directors and the screenwriters can use for events, so it’s always full and booked. We do a retrospective, rejuvenating and restoring old films, and we support them in that angle. We do vintage watches on our side, so it makes sense to be involved with restoring films. At the same time, we also sponsor a prize for the young screenwriters. 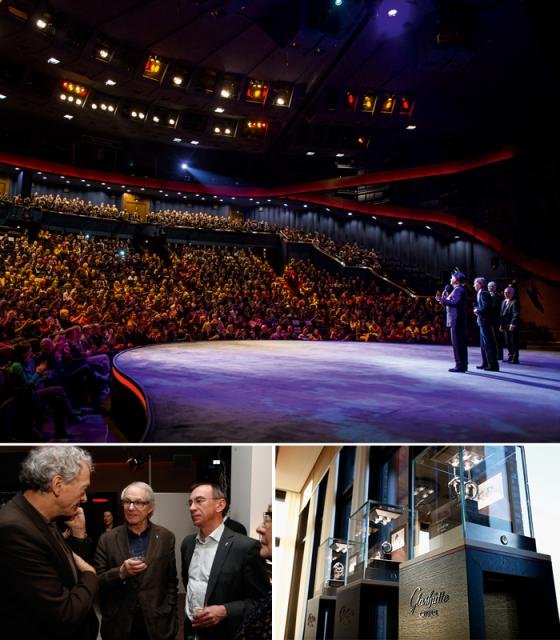 “The mission of the festival is to present our brand to the right people,” Gamard continues. “We are helping the German culture to become even more visible, and we are part of German culture. People are proud that we are German. Since we opened up our Dresden boutique, we have a lot of proud Germans. German people want to buy German watches.” Glashütte Original is contracted as a partner with the Berlinale for the next three years, and the brand sees it continuing on after the current contract expires.

From a watchmaking point of view, Glashütte Original is doing really well. “We are struggling to deliver the products our customers want – we still have six months back orders,” Gamard says. “We have increased production and increased staff, but we will only release a watch from our facility if it is perfect. Honestly, it’s never going fast enough. We have orders from our retailers and we keep them in stock, but some are five or six months back ordered. “We have cleaned out the collection, streamlined the distribution (down from 450 to less than 300), and we have doubled our production over the past four years, which means we are more important to our retailers,” Gamard continues. “The retailer takes better care of us, because we have a strong relationship.” 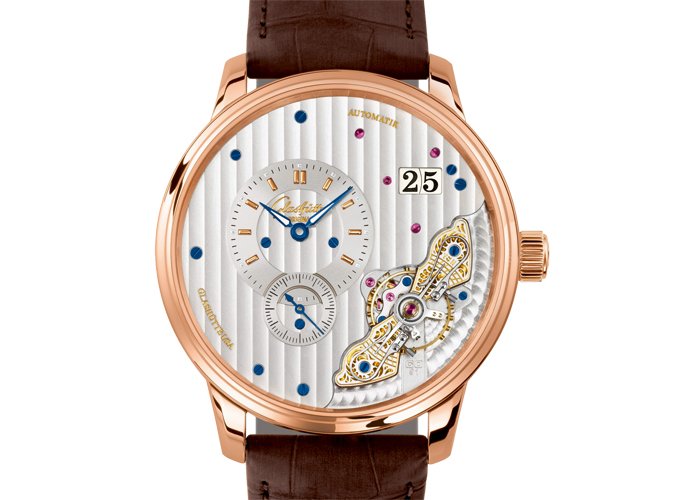 This year at BaselWorld, Glashütte Original is introducing a new version of the PanoMaticInverse, where the brand has made the duplex swan-neck fine adjustment visible on the dial side of the watch. This idea, introduced in the PanoInverse in 2008, is reintroduced in the PanoMaticInverse, in a 42mm case with a new movement, the 91-02, complete with a 42 hour power reserve.

Don’t expect Glashütte Original to grow too quickly. “We are very careful in how we grow, we are trying to present ourselves in a very unique way,” Gamard says. “Fine and klein (German for small) says it all.”