A COURAGEOUS TRIO - A short tribute to three very different brands that dare to believe: VALBRAY, CHRONOSWISS and ATELIERS DEMONACO

A COURAGEOUS TRIO - A short tribute to three very different brands that dare to believe: VALBRAY, CHRONOSWISS and ATELIERS DEMONACO

When the Ateliers deMonaco was launched in 2009, the vision of the founders was to create a high-end watch brand despite that at that particular moment in time there was a small but obvious crisis within the watch industry. Against advice to the contrary, the launch took place with an in-house creation, the Grand Tourbillon Xtreme Precision timepiece carrying a price tag that could have easily broken the bank at Monte Carlo. Audacious or imprudent? Confident or foolhardy? I think not. How about courageous? 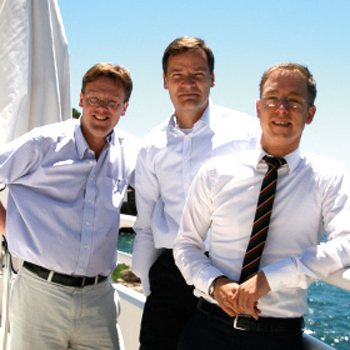 Founded by Pim Koeslag, Robert van Pappelendam and Peter Stas, their concept was to create new technology, new standards, a legacy the brand calls Nouvelle Horlogerie. In the five years since the name first appeared, innovative, dramatically bold, yet elegant and wearable timepieces have appeared regularly: a square Grand Tourbillon Repetition Minute in rose gold and titanium or white gold and titanium, followed by a round version; a Quantième Pertpetual in titanium and gold, or white or rose gold with all functions being controlled from the crown; a Tourbillon Carré d’Or in white or rose gold with a stunning mother-of-pearl centrepiece set into the onyx dial and, for the brand, the discreet Ronde de Monte-Carlo with its simple purity of line. 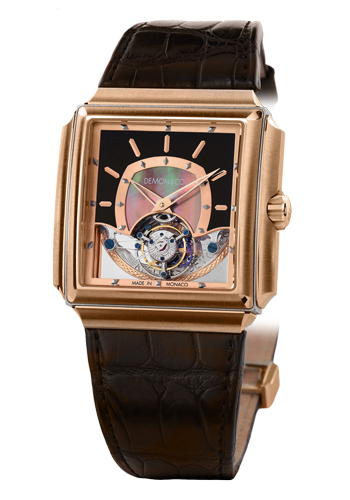 Then came Ateliers deMonaco’s first ladies’ watch, the scintillating showstopper appropriately named La Sirène, a 39 mm white gold watch with 48 lozenge-cut blue topaz stones in a floral setting around a white mother-of-pearl centrepiece. The bezel is set with 46 baguette-cut blue topazes and the white gold crown is also set with a topaz. This exquisitely feminine model is equipped with an automatic movement and through the sapphire crystal caseback one can appreciate the decorative techniques used on the chamfered bridges and the engraved rotor. 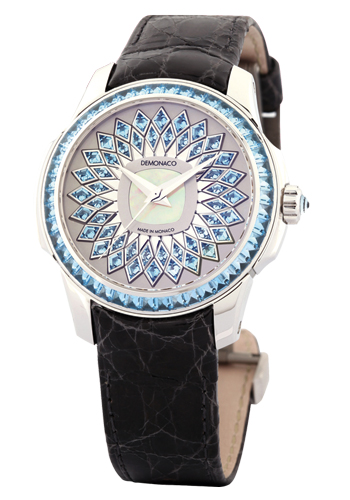 All the brand’s timepieces are designed and manufactured in-house in Limited Editions – some as few as 8 and some rising to 88 pieces. However many are produced, the same modern technology and craftsmanship is applied with more than a hundred hours of work going into the polishing, engraving and finishing of each watch. With a starting price of 15,000 euros for the elegant Ronde de Monte Carlo and gently climbing through the 40, 50, 60, 70 and 80 thousands through to 214,000 euros for the 46 x 50 mm Grand Tourbillon Minute Repeater in white gold with its Roman skeleton dial, neither the prices nor the workmanship are for the faint-hearted.

The latest offering is a new edition of the Grand Tourbillon Xtreme Precision Oculus Petite Minute, a watch that won’t win the laurel for the most mellifluous name, but may well go on to win many other accolades. First a short explanation of the ‘oculus’, and I quote: ‘An oculus denotes a circular opening in an otherwise solid dome or wall originating out of the Byzantine and neoclassical architecture that allowed light to come through and subsequently would naturally draw the attention to this opening of light. It is also known as an “oeil de boeuf” in French or simply a “bull’s-eye“. Given the sapphire bridge holds our 60 seconds Tourbillon’s cage as the bull’s eye of the further solid and more classical looking Côtes de Geneve decorated dial, we only felt it natural to call this our Oculus!’ This powerful looking timepiece is equipped with an in-house developed and patented Xtreme Precision Tourbillon movement with automatic bi-directional winding. 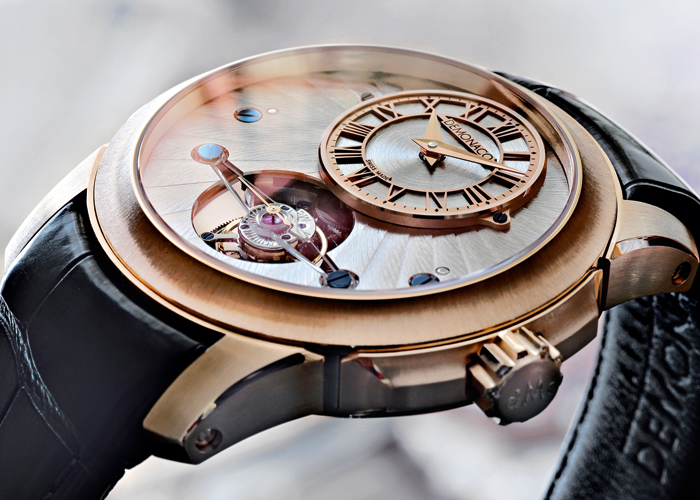 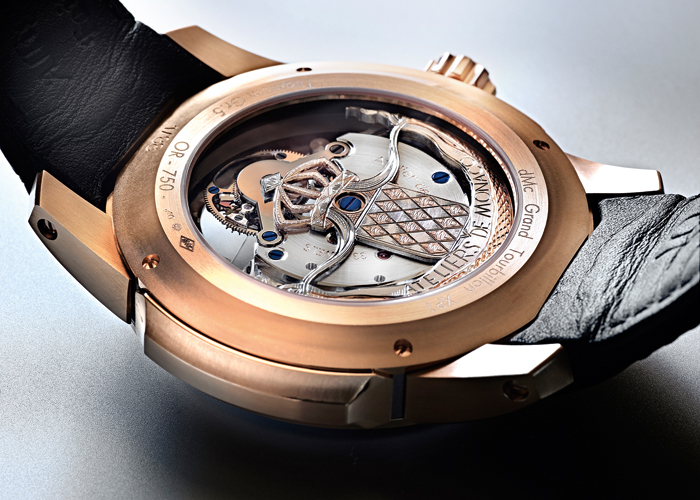 There is curved chamfered and hand perlage decoration on the bridges, hand engraving on the tourbillon cage, a sapphire tourbillon bridge and a silicium escapement wheel and lever. The functions are hours, minutes, with a small seconds hand above the tourbillon at 6 o’clock plus, of course, the one-minute tourbillon, all of which contrast with the multi-layer dial with sunray pattern Côtes de Genève decoration. The 43 mm case is in 18 carat gold with an ultra-light titanium core and there are sapphire crystals front and back with a double anti-reflection treatment, all the better to appreciate the unique and distinctive ornate rotor. The Limited Edition of 88 pieces is water-resistant to 30 metres and comes with a hand-stitched alligator strap with a titanium and gold folding buckle. The Ateliers deMonaco claim that ‘life is not about luxury, but luxury sure is life.’ The idea is intriguing, we can agree or disagree, however the one fact that is incontestable, is the remarkable range of in-house mechanical timepieces the brand has already created and is continuing to develop.

Entering the already crowded horological world with a high-end range at prices that limit their sales to the favoured few was a risk that appears to have paid off. Ateliers deMonaco believed enough in their product and were confident that the affluent punter would react positively in what must be considered as a volatile niche in the horological market. That, my friends, requires courage.

Part of the article “A COURAGEOUS TRIO” A short tribute to three very different brands that dare to believe - including:

The Resurgence of CHRONOSWISS

An evocative journey from Rome to Paris imagined by architect Peter Marino, experienced through the language of architecture, interior design and the (...)