The last decade has seen the emergence of a number of new independent firms, all passionate about their products, most of them concentrating on the high end of the mechanical sector. After several years’ investment and development, some of these small brands, which have also been genuine horological research laboratories, find themselves up against a brick wall or, perhaps more accurately, a glass ceiling.

The last decade has seen the emergence of a number of new independent firms, all passionate about their products, most of them concentrating on the high end of the mechanical sector. After several years’ investment and development, some of these small brands, which have also been genuine horological research laboratories, find themselves up against a brick wall or, perhaps more accurately, a glass ceiling. 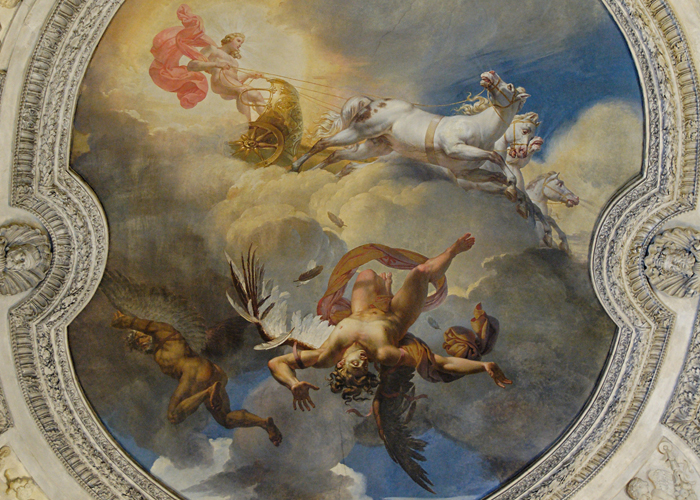 The Fall of Icarus by Merry-Joseph Blondel, 1819

nce the euphoria of the media hype has died down and preliminary production is under way, these brands often come up against all kinds of problems, which prevent them from going up a gear and really taking off. These difficulties may present themselves upstream – suppliers bought out by groups, delivery delays, shortage of expertise – or down – inability to break into sales networks, locked-down distribution, risk-averse retailers. Added to this, the time needed for development and reliability testing is too often underestimated or skimped by these young turks keen to make a splash in an increasingly competitive market and a saturated watchmaking landscape. In the end, many of these small independent firms are forced to close down or sell up.

In parallel with the burgeoning independent scene, the watchmaking industry has become more vertically integrated and concentrated in terms of design, production and distribution. This concentration in the hands of a few powerful, publicly quoted rival groups has fundamentally transformed an industry that was previously fragmented into small, often family run, companies, forcing it to submit to the tough laws of the globalised economy: increased demand for profitability, financial efficiency, vertical integration, competitiveness, marketing savvy, distribution foreclosure, etc.

Whereas, in the past, everything began with the watchmaker at his workbench, this figure has become just another link in a production and distribution chain that starts well upstream, where the strategic decisions are taken, and ends far downstream, where the market is king. But is this process of ‘creative destruction’, as liberal economists like to call it, inexorably stripping watchmaking of the very thing that has ensured its survival through the centuries? Has its ‘soul’ become an empty shell? Has it deserted the workbench, leaving just a shallow reflection of itself on the advertising billboards?

To fuel the debate over these paradoxes of independence, Europa Star has organised a number of round tables and meetings, and compiled several case studies to analyse the reasons behind the success or failure of these small, independent brands.