In this issue, Europa Star focuses on breakaways in all their forms. Revolutionary products, fractured markets, shakedowns in distribution, technology breakthroughs, aesthetic excursions and unorthodox departures. In addition to our own reflections, which can only skim the surface, we attempt to drill down to the real issues with interviews, analyses and discussions.

In this issue, Europa Star focuses on breakaways in all their forms. Revolutionary products, fractured markets, shakedowns in distribution, technology breakthroughs, aesthetic excursions and unorthodox departures. In addition to our own reflections, which can only skim the surface, we attempt to drill down to the real issues with interviews, analyses and discussions.
CONTENTS 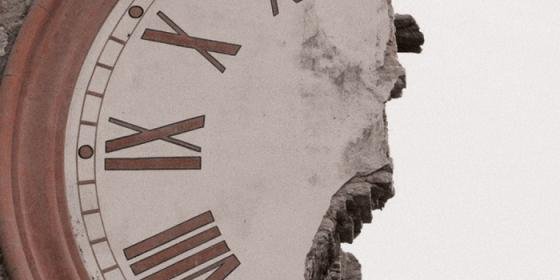 Everything points to the conclusion that we have reached a breaking point. Or, more accurately, a number of breaking points, of different kinds. But while a break marks a decisive point in time, like the moment a piece of fabric tears, it is the result of an accumulation of stress. Things don’t break by themselves. In order for the fabric to tear, it must have been under strain, and probably for some time. I have frequently compared the watchmaking world to a seismograph that detects, registers, records and ‘outputs’ the tremors that shake the world and society.Watchmaking, even if it is ‘eternal’, as some would claim, is far from immune to the historical tensions of the ‘fabric’ of which it is part. At the moment, it would seem, it is being tugged in all directions.The economy, the markets, the distribution of wealth, retail models, new technology, new styles, new hierarchies, new aspirations... everything is shifting, changing, speeding up. The human race is living well beyond its means, and on 13 August this year the planet exhausted all its renewable resources for the year. A record achievement. Do you know how many Switzerlands it would take to actually supply the needs of all its inhabitants? Three and a half. (Japan is the worst: it needs 5.5 Japans to support itself.) So, we are all living on credit, and that includes the watchmaking world. It’s only natural that cracks are starting to appear.

For the first time, the SIHH 2016 will welcome nine independent Haute Horlogerie watchmakers, who have all in some way broken away from the existing technical, commercial and stylistic models. But as they illustrate, breaking away doesn’t necessarily mean taking a leap in the dark; it can also mean going back to basics.

Markets are by definition dynamic, flexible, sometimes volatile. In fact, the way they work is a bit like plate tectonics. China, the El Dorado of the Swiss mechanical watch industry, seems to move further away, the closer we think we are... There is no shortage of manufacturers who have staked a great deal, and are still waiting for a return on their investment. China decided to tighten things up, and watches suddenly became a visible sign of corruption (which indeed they were). At the same time, the yuan is slipping and growing weaker, which is further nibbling away at the edges. Russia, another ‘promised land’, is waging war by proxy and its economy is faltering. The Kremlin spokesman spotted with a half-million-euro Richard Mille on his wrist set tongues to wagging all over the world. It was another symbol, and a useful one at that, since it deflected attention away from the real issues. Nevertheless, the fact remains that the Swiss watch has become somewhat suspect. Perhaps the watchmakers themselves, and their own excesses, are partly to blame.Of course, Europe is proving surprisingly resilient, and the USA is robust. But have we peaked already? Has watchmaking hit a ceiling?

Is our retail and distribution model falling apart? They say that in China (which, it seems, holds a magnifying mirror to the rest of the world) a brand boutique closes down every day. Is the vertically-controlled distribution model also about to hit a ceiling? Shops are expensive. Extremely expensive. And they often make little money. Very little indeed. The groups believed they were powerful enough to keep all the margins for themselves, but they forgot that retail is a different business, where interpersonal skills and a solid address book play a very important role. It turned out that, in terms of networking, corporate watchmakers didn’t really have what it took. The more modest brands felt a new wind stirring, and the more creative retailers rubbed their hands together. It is a curious paradox. Added to these upheavals is the perennial question of the luxury brands’ approach to online sales. Will they or won’t they? The answer is far from obvious.

It could be said that the arrival of the Apple Watch caused something of a stir. But there came a point when we just had to sit back, and wait and see what emerged from Cupertino. The topic has provoked such a torrent of column and screen inches that we shall refrain from adding to the deluge. However, the issue of technological breakthroughs remains, and continues to be crucial to the future of watchmaking. How much further can mechanical watchmaking progress? What is there left to do, to discover?

On the other hand, some brands couldn’t care less about any ‘breakaways’ and are doing very nicely, thank you, trundling along the tracks laid by others.