Raymond Weil, the brand famous for its music-themed collections, celebrates its fortieth anniversary next year. Thirty-four-year-old Elie Bernheim, representing the third generation to lead one of the last bastions of independent family-run watchmaking, talks about his strategy in the face of unstable markets and multiple pressures.

Raymond Weil, the brand famous for its music-themed collections, celebrates its fortieth anniversary next year. Thirty-four-year-old Elie Bernheim, representing the third generation to lead one of the last bastions of independent family-run watchmaking, talks about his strategy in the face of unstable markets and multiple pressures. 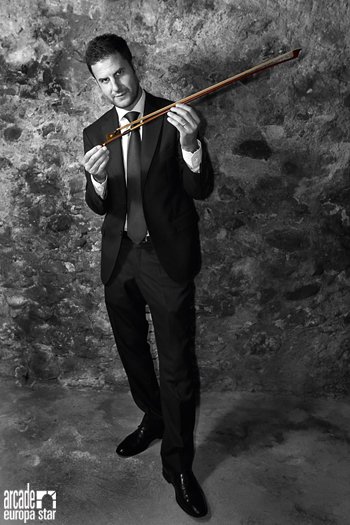 The current economic situation is a delicate one, and independent watchmakers are coming under significant pressure from the groups. Some might say the future looks rather bleak?

Conditions are difficult, yes, but we have a number of advantages, the most important of which is a truly global presence, which is rare for an independent brand. Also, our financial fundamentals are very healthy, despite the crises. Over the last fifteen years our aims have evolved: we have invested a great deal in mechanical watchmaking, which has enabled us to increase the average price of our watches while taking production up to 200,000 units per year. Behind these strategies, our number one advantage nevertheless remains the quality of our products. In this respect we are untouchable. After-sales service is also a key point: all our sales staff and agents are put through a high-quality training programme.

The watchmaking industry today is undergoing a major image battle. How do you intend to maintain or even grow your presence with both intermediaries and end clients?

We can’t compete with the marketing clout of the big global watchmaking groups, but as long as we have a firm footing in our key markets we can achieve our objectives. The United States remains by far our number one outlet, representing one-third of our sales. The United Kingdom is second. But did you know that we are also Turkey’s secondbiggest watch brand? In Antalya we have three times the exposure we are ‘allowed’ in Switzerland! Russia is also a growing market, as is Spain, the Middle East and Mexico. For high-volume brands like ours, it’s important to be present on markets that have a large population.

The battle for shop window space is certainly a tricky one. Personal relationships are important: I’m forever heading out of the door with my suitcase to meet our 3,500 retailers. We offer an interesting alternative, when many points of sale are also coming under pressure from the groups. We have even been dropped by some retailers, as a result of pressure from the watchmaking groups. I’ll tell you a story: recently I met an American retailer, who had us positioned between two other group brands in his window. One of the groups wanted more space, and the retailer was thinking about cutting our area. But I told him to think carefully about the balance of power: we have remained reliable and loyal for 20 years. I dared to say no, and so did he, in order to retain an independent brand. I felt vindicated in my approach.

Our core clientele is between 25 and 45 years old, which is a solid reflection of our brand identity, which is active in the affordable luxury sector. Our most popular collections are the Freelancer and the Maestro. A Raymond Weil is often the first watch someone will receive as a gift, for a special occasion. Today our production is 60% automatic and 40% quartz. In terms of gender mix, the sexes are equally balanced.

You recently brought out your first tourbillon. Is it the harbinger of a move upmarket?

No, that’s absolutely out of the question! We are staying in the CHF 800– 3,000 segment, with our core range at CHF 1,000–2,500. I will never move away from that, it’s our affordable luxury niche. The tourbillon was mainly about image management and flexing our muscles. After I took the reins of the company last year, it was a powerful driver for our 150 staff. In order to produce it, we joined our internal capacities with those of TEC Ebauches in a partnership. It was a very motivating experience. 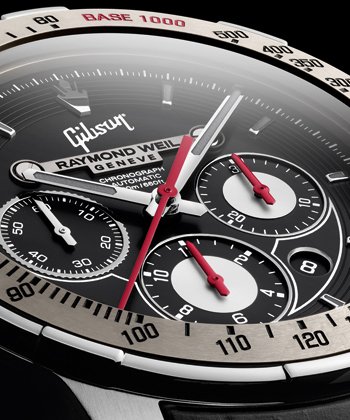 Your collections are all built around a musical theme. Will you continue in this direction?

Music is part of our DNA, but I think we’ll take it further, and use the theme even more provocatively. We are in the process of branching out from classical music and entering into partnerships to produce special Gibson and Frank Sinatra editions.

Have you been affected by the slowdown in China?

It has had less impact on us than on other watchmakers because, unlike some, we didn’t rush to jump on the Chinese bandwagon ten years ago. In light of the current slowdown, we are happy not to be dependent on this market. But China will continue to grow, and the watchmaking environment there is becoming more structured. It’s the right time to invest. We already have 120 points of sale there.In fact, the Chinese crisis has given us reason to be particularly proud of our prudent management. We don’t want to find ourselves with stock levels that could endanger the company. I think we have the lowest stocks of all the highvolume brands. It’s a sign that we know what we’re doing. We are opening new points of sale but we want to be sure of the sell-out rate, because we can’t afford to have our cash tied up.

Nevertheless, an increasing number of independent brands have been bought out in recent years. Last year, for example, Ulysse Nardin was bought by Kering. If someone were to make you an interesting offer, what would you do?

As long as we are capable of growing, which has been the case up to now, we will not sell. With the exception of 2009, our profits have grown every year since 1990. But I don’t want to see the company decline. If I sense that we are stagnating, survival of the company will come first. But what’s to stop us joining forces with other independent watchmakers and ‘holdouts’? An alliance based on common distribution or communication objectives could be a positive development.