People have got it all wrong: the Japanese are not proud of their products in the way the Germans are proud of their cars; they are “honoured” by them. This is the great difference of Nippon culture – a culture that Seiko has made its creed. Or should we say “Credor”? Come with us as we visit the group’s factories and art studios – but before you go in, remember to take off your shoes..... 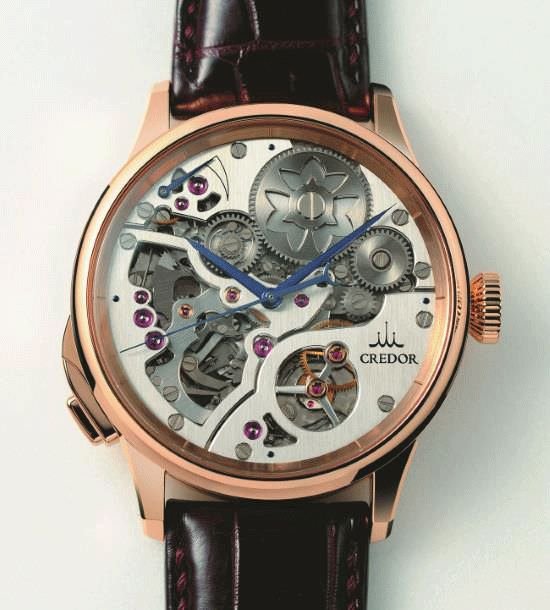 The recent issues of Europa Star carried detailed presentations of the brand-new Seiko Astron Dual-Time, the Grand Seiko Spring Drive Chronograph and other innovations of the year. This time, we invite you to Japan to the very heart of the brand, to try to understand what the spirit of Seiko is all about. Personally, I have been asking myself this for the past 30 years, ever since I received a certain “gift” in 1985... Remember that at that period, the Swiss watchmaking industry was just embarking on a long convalescence and in my home town of Bienne, the Swiss watchmaking capital, the magnificent Seiko Quartz on my adolescent wrist shone out like a provocation. 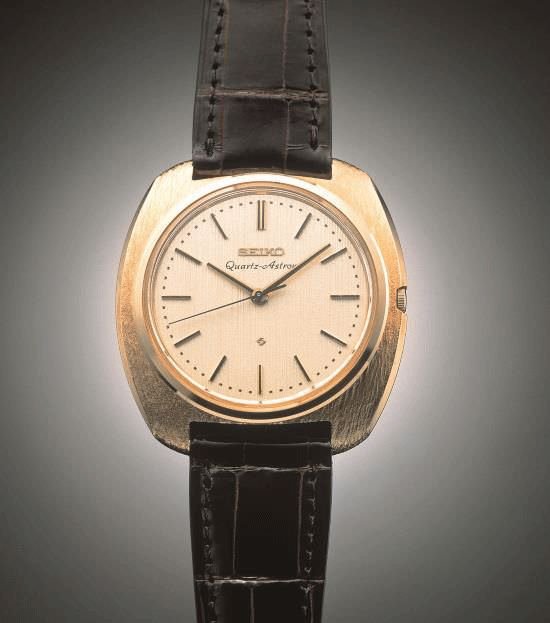 Especially to the eyes of my grandmother, who had been a regulator at Omega for nearly 40 years and who, on examining the dial, stated icily that: “Monsieur Brandt (from the Brandt family, founder of Omega) in person engaged me after the war when my husband died, leaving me with three children to bring up…”. Omega had, in a way, replaced her deceased husband, and Seiko represented a last rival. She had never forgotten the ten years when the Japanese Quartz watch had brought the famous Swiss brand to its knees;  Omega entered the 1980s on the brink of bankruptcy, bound for sale to its Asian rival,  Seiko Although my grandmother was pure Calvinist – all contained emotion – I made the silent pledge not to antagonise her and to put my old, noisy Swatch back on my wrist the moment the Seiko broke down or broke altogether. The problem is that the Seiko never faltered over the years; it was always as accurate and bright as the day it was bought. Swatch a shame…! “Who are these people from the Far East, to offer such value for money?” My love affair with Seiko was born. Incidentally, I bet its hands are still turning on the wrist of some unknown person on an island in the Cyclades, where I lost it. And showing the exact time, since Seiko means “precision” in Japanese... 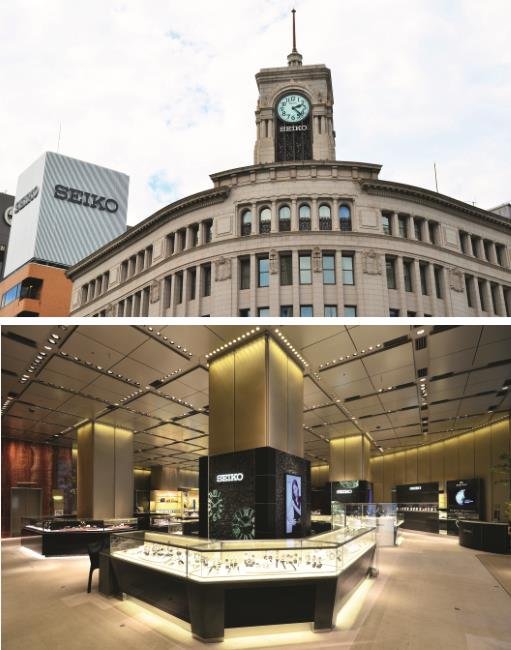 It’s 2015 and here I am for the first time in Japan; on the streets politeness and civility reign as does, more unexpectedly in Tokyo, a certain English-style phlegmatism. Right on time and absolutely silently, a Toyota Crown Hybrid rolls to a stop in front of me, a pair of white gloves open the back door and I’m whisked away to the WAKO Building, Seiko’s headquarters and flagship store. Founded by Kintaro Hattori in 1881 and today surrounded by the high-tech buildings of the ultrarich Ginza district at the heart of Tokyo, it has the old-fashioned charm of the luxury hotels of bygone days. The Crown stops behind a rare Toyota Century 1V12: “That’s Mr. Hattori’s,” says the chauffeur. Shinji Hattori (see interview), president and CEO of Seiko and incidentally the great-grandson of its founder, is like his limousine, his HQ, his country and even a little like my 1985 old/steel Seiko Quartz: traditional, discreet, elegant, silent, precise and resistant to wear and tear. This 63 year-old gentleman is enough to give George Clooney an inferiority complex... The lift stops at the topmost floor; the president and his retinue climb a final staircase opening onto the roof. “Atomic clock,” whispers his right-arm man. Seiko’s obsession with precision is indeed no myth. “I’ll take advantage to put my Swatch to the right time,” I chortle, searching the faces for the tiniest ironic smile, in vain... 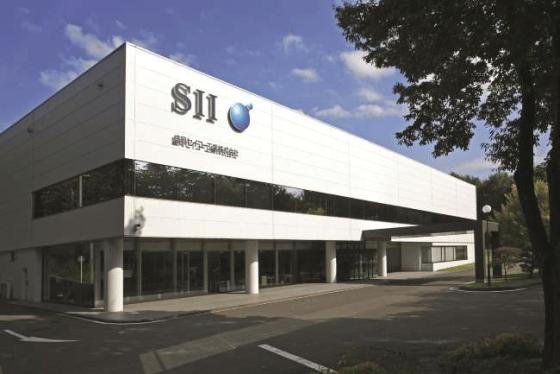 540km north of Tokyo and 145 minutes by bullet train later, here we are in Morioka to visit Seiko Instruments Inc. This is where millions – yes, millions! – of quartz movements, but also some ten thousand top-range mechanical movements, are produced. Were we about to discover one of those monstrous Chinese-style factories I’ve visited all too often? Far from it – the factory is low-rise and perfectly integrated into a majestic natural backdrop. The management has even kept a corner of virgin forest. As soon as we cross the threshold, we’re invited to change into slippers – a custom which evidently is not only followed in Japanese homes and shrines, but also in the factories! Another surprise is that there are thousands of machines, but relatively few workers. All the workshops are silent, odourless save for the faintest smell of cutting fluid, and the cleanliness is clinical right down to the communal toilets! Three times a day, gentle music invites everyone to indulge in a little gymnastics. I take advantage to cast a glance at a curious screen that shows the power consumption of the whole factory over 24 hours: “Not only are we trying to lower our consumption; the factory emits no CO2,” a manager assures me. After the Fukushima catastrophe and the resulting power shortage, major efforts have been made in Japan to reduce energy consumption. 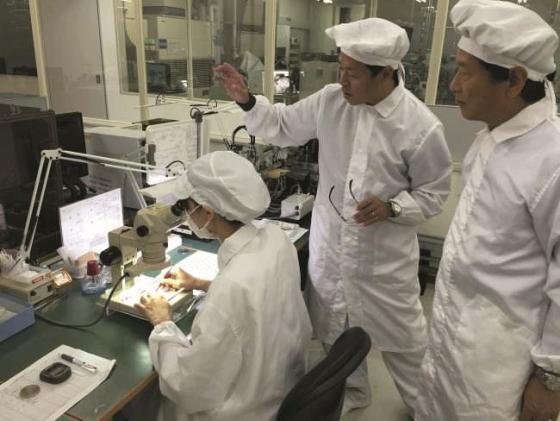 We’re visiting Seiko Instruments Inc. first and foremost for its “Shizuku-Ishi” department. This “factory in a factory” is devoted exclusively to producing the several thousand mechanical movements a year required for Grand Seiko – different quantities, different quality and different production methods. You enter after pulling on a cleanroom suit and passing through a dust control airlock. In the workshop rooms, the air is filtered as in an operating theatre – even the workbenches have built-in suction vents! The studious atmosphere resembles that of the prestigious Swiss watchmakers – made-to-measure workbenches for each operator, ergonomic seats and everyone works with binocular loupes. Then, once we’re gathered round a table, the managers answer our questions. So, let’s put the cat among the pigeons and talk about the calibre 6S37! Just to remind you, this Seiko calibre, which is produced right here, served as the base movement for the 1887 by TAG Heuer which was the source of great controversy in late 2009. “We remember, but first of all we were contractually forbidden to talk about it. And in any case,  TAG Heuer just bought one single patent, not the movement. For us, it was a form of recognition, but we have never tried to draw the slightest advantage from it in terms of image,” say the different managers, in essence. No wallowing in this kind of polemic at Seiko… 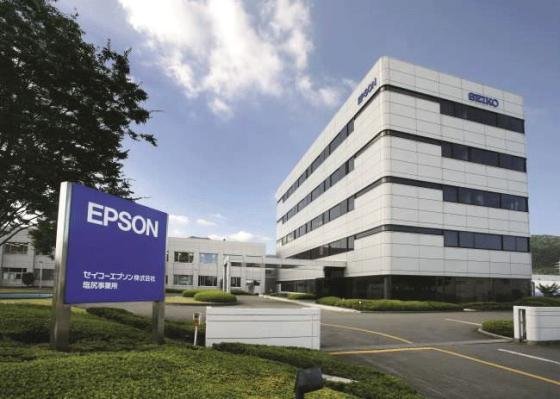 SHIOJIRI, THE CRADLE OF THE SPRING DRIVE

Located in Nagano Prefecture 200km east of Tokyo, this little town sits against a magnificent mountain backdrop. It comes as no surprise that it hosted the Winter Olympics in 1998. Here, we visit the Seiko Epson factory – albeit only the “small” Seiko part belonging to IT giant Epson. This is where all the Spring Drive movements are assembled – an electromagnetically regulated mechanical movement in which the rotation is transmitted to the seconds hand. The result of this marriage between a mechanical calibre and the precision of quartz (+/- 1 second per day for the 9R) is totally silent functioning, a fluid, gliding sweep hand and no battery. With a Grand Seiko (calibre 9R86) chronograph, stopping the timer brings the hand to a dead stop, to the exact second... But for me the real heart-stopper is the Ultimate Quartz Calibre 9F. While many people deem quartz unworthy of luxury horology, this movement, reserved for Grand Seiko, is a fine exception! So how did its designers achieve such extreme precision of +/- 10 seconds a year? Primarily by selecting the best synthetic quartz (produced by  Seiko itself!) and by thermocompensating the quartz signal. 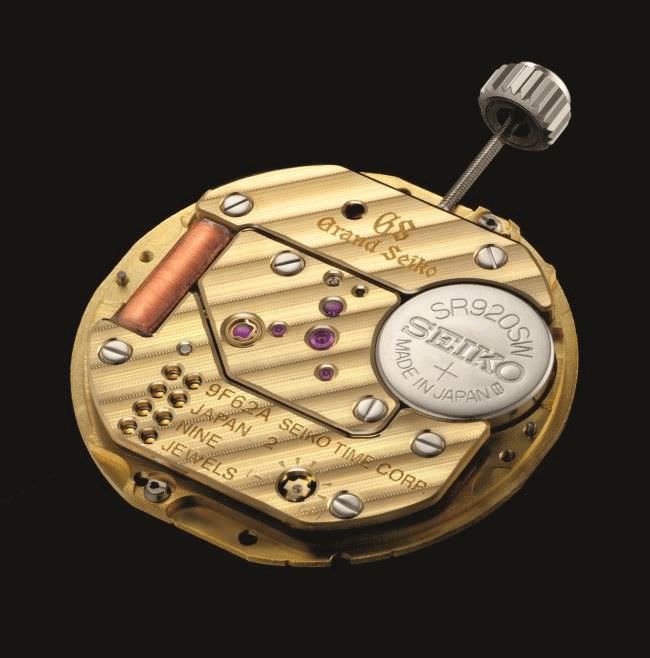 Added to this are a few sophisticated touches such as a selfadjusting mechanism (the second hand advances smoothly in increments of one second without oscillation), regulation of signal advance/delay and instantaneous passage from one date to the next. The Astron is also “made in Shiojiri”. The new 8X Series, released in autumn 2015, has a more reasonable diameter, a thickness of no more than 3.2mm, 40% lower energy consumption and a battery half the size of its predecessors, more intuitive control and – extremely useful for a GPS watch aimed at travellers – comes also in a dualtime version. The precision here is atomic: 1 second every 100,000 years. While the name of Astron entered the annals of history in 1969 as the first quartz-movement watch on the market, few readers will have heard of the Credor brand. 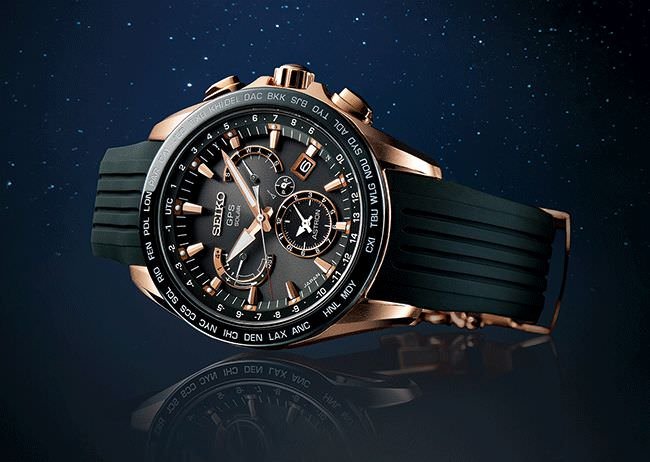 The name of Credor is derived from the golden peaks – crêtes d’or – of the Jura and its emblem, “山”, signifies mountain in Chinese script. Created in 1974, this is the ultra-exclusive brand of the collection of Seiko watches crafted in precious metals. They are also made here – in the Micro Artist Studio, to be precise – where master watchmakers, artists and the entire weight of Seiko’s technological support come together. The result is breathtaking, notably the Credor Spring Drive Sonnerie. The absolutely silent Spring Drive delivers unsurpassable purity of sound (JPY15 million excl. of tax, or around CHF125,000). The same emotion is generated by the Credor Spring Drive Minute Repeater (JPY35 million, or around CHF290,000), the sound of which is inspired by the same Myochin wind chimes that Sony uses, incidentally, to test its microphones. Ultimately, Seiko is not the rival of Omega or of any other brand: its timepieces are crafted from Japanese culture and its own corporate history.

Read our interview with Shinji Hattori, President and CEO of SEIKO