The Geneva-based brand bet on the right horse from the start, producing Swiss made models for the Middle Kingdom. But as the Chinese juggernaut shows signs of slowing down, Emile Chouriet is now looking to conquer Europe, and is revising its catalogue with this in mind. Meeting with founder Jean Depéry. 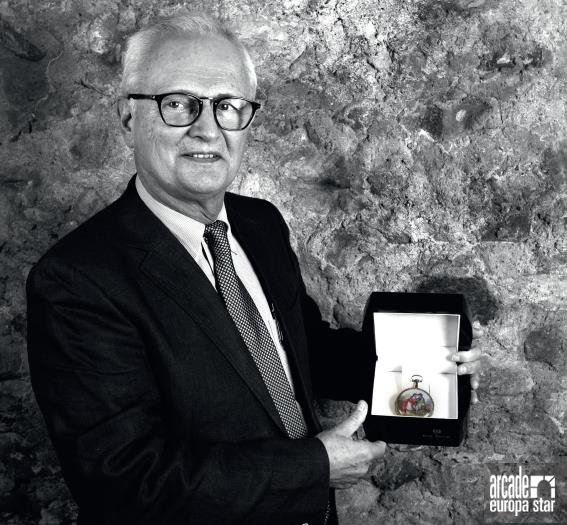 Jean Depéry
Object: 18TH-CENTURY WATCH
“My ancestor François Dagobert Depéry, who was a watchmaker, joined forces with enameller Emile Chouriet to produce watches in Geneva in the 18th century. The watches were commissioned and named by ‘établisseurs’. Watchmakers in those days didn’t have their own brands as such. They were all unique pieces.”

You launched Emile Chouriet at the end of the 1990s, borrowing the name of an 18th-century Geneva enameller (see sidebar). Why did you not take the name of your ancestor, who was his partner?

To be honest, that would have seemed a bit arrogant. It wasn’t absolutely essential. And I’m not really a salesman, I’m more of a technician! The decoration, the enamelwork, is a symbol of Geneva. What I wanted above all was to be part of the revival of Geneva’s great decorative and mechanical watchmaking tradition. And that has happened. Although initially 50% of our production was quartz, it’s now down to 20%.

Your destiny was linked with that of China from the outset – even before the explosion of its vast watch market.

It’s a market I knew very well, but it has always been difficult to access without local contacts. We worked closely with Fiyta (editor’s note: a major Chinese watchmaker and distributor) from the beginning to create Swiss made models tailored specifically for the Chinese market. We were pioneers. This market still represents the vast majority of our sales, although today we are looking to diversify our outlets.

They contributed a great deal to the design of the watches, as they knew exactly what our Chinese clients liked and what they didn’t like. Our brand is now very well known under its Chinese name, “Emilong”. At the time, Fiyta was focused exclusively on its internal market, whereas now exports are increasing. My daughter is currently in charge of watch design, but we work with them every day.

Collaboration became acquisition – Fiyta has now bought Emile Chouriet. What was the aim of this?

We want to become a global brand. Today, because of our history, our models are very biased towards Chinese tastes. We are launching new models with a more universal design, such as our new Héritier watch, as well as the Challenger Deep and the Fair Lady, which was shortlisted for the Grand Prix d’Horlogerie de Genève. Among other things, we have dropped the rather imposing lugs of our models designed for the Chinese market. The brand’s logo and typography could also change.

What are your main markets outside China?

For the last two years we have been trying to break more into the Swiss and European markets. We have twelve points of sale in Switzerland. Our core range is priced at around CHF 2,000, with a starting price of CHF 500 for our quartz ladies’ watch. We have also produced a tourbillon and two minute repeaters. Two years ago we took the decision to make our own automatic calibres. This proved a wise move, since Swatch Group announced it would be imposing quotas on ETA movements. So far we have brought out a women’s calibre, for our Fair Lady model. 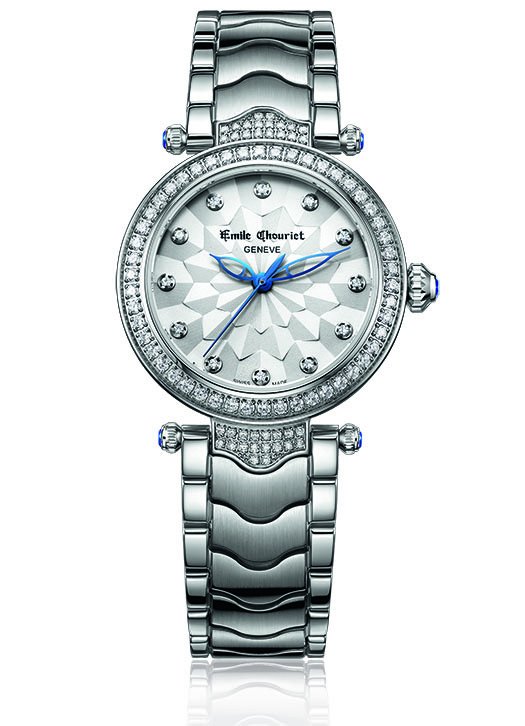 How many watches did you produce this year?

35,000, compared with 40,000 last year. We are also unusual in that we have developed a range of hairsprings. Eventually we will be able to supply complete escapements to third parties.

How do you compete with the massive influx of Swiss made competitors in China?

With Fiyta, which has its own sales network called Harmony, and which has expert knowledge of the market, we have all the tools we need to hold our own. Today we are represented in 326 shops in China, and we have a 40-strong dedicated sales team on-site in Shenzhen. However, the anti-corruption campaign and the strong Swiss franc have been a major stumbling block, and they have contributed to a drop in sales of around 15% over the year. Prior to that we enjoyed several years of very strong growth, but this has now stabilised. And this is another reason why we want to diversify our clientele.

How do you manage the cultural differences between your Swiss and Chinese teams?

I should point out that Fiyta has never told us that we must do things “the Chinese way”. We have always enjoyed great freedom of action, and it has worked very well. We are Geneva watchmakers above all, with a team of 25 people in Switzerland. I have worked with the Chinese for a long time: you have to master the art of discussion and dialogue. If you try to impose anything, the shutters come down.